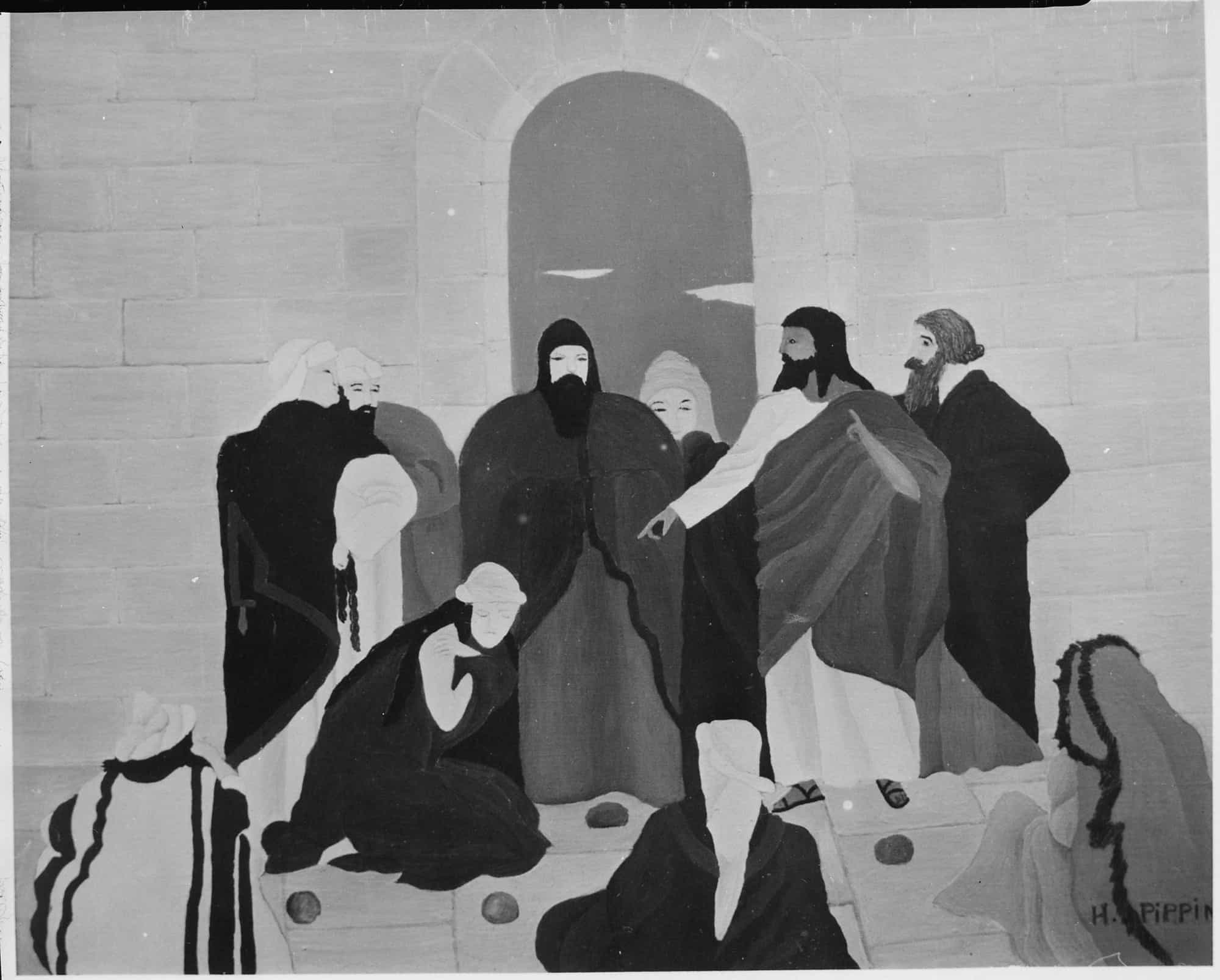 For John the Apostle, Jesus had to be viewed from eternity to eternity. His gospel, his letters, his Revelation, all serve to describe Christ in the wholeness of His holiness. There is none like Him.

The man Jesus, John heard with his own ears and saw with his own eyes and touched with his own hands. This aged Apostle was clear about this. He, like none other, put himself in the physical presence of the King.

John witnessed the resurrection of Jairus’ daughter and the glory of the Son of God on the Mount of Transfiguration when He shined brightly along with Elijah and Moses. This Apostle leaned upon Him at the last supper in the Upper Room. He stood at Golgotha beside Mary, His mother. There, Jesus committed Mary to John’s care. He dashed to the tomb, beating Peter with his determined sprint, as soon as he learned that the Savior’s body was gone.

The life of Jesus, the very real, human life of Christ, was something manifested to John. He took his commission seriously to testify to it. His documentation is thorough and detailed.

John’s gospel features Jesus’ encounters not related by Matthew, Mark, and Luke. This should not surprise or mystify us. John’s writings are dated decades after the appearance of the first three accounts of the life of Jesus.  He likely survived into his 90’s and his recollections complement the synoptic stories. His gospel invites us to behold the Lamb, born to take away the sin of the world.

How are we led to behold Him? John guides us in this by telling us of the Lord’s signs and His conversations.

Jesus’ first sign of extraordinary power comes at a rather ordinary event. A wedding feast is in crisis — the wine has run out and Mary seeks out her Son to fix the problem. Jesus, at first, appears unwilling to help. Undeterred, His mother simply told the wedding servants to do what Jesus tells them to do. They listen to Him and fill large jugs with water. Soon, the wine is flowing again, and this drink is commended as the best that any had tasted that day. Thus, John portrayed Christ as a party saver before he portrayed Him as a life saver.

John portrayed Christ as a party saver before he portrayed Him as a life saver. Click To Tweet

Don’t miss the key element here.  The servants did as Jesus said. The Word of the Lord has power, and those who hear and obey experience this. Through the rest of the gospel, John tells of others who listened when Jesus spoke and were transformed.

Nicodemus, the Pharisee, was told he must be born again of the Spirit to understand Kingdom things. By the end of John, this religious leader, once so secretive about his belief in the Savior, felt compelled to go and wrap the Savior’s body for burial.

The woman at the well is won by His words about living water that come to those who worship in Spirit and Truth. She believed and convinced her whole town to come and hear Him.

The invalid at the pool of Siloam heard, “take up your bed and walk” and obeyed, even though it violated Sabbath rules. This man had suffered 38 years and was now on his feet because he believed what Jesus said.

The adulteress, thrust before Him alone, without her partner in sin, is rendered uncondemned and sent away with the admonition to “go and sin no more.” Consider this: even the woman’s accusers heard Jesus and fell under the sway of His words:  “Let the one without sin cast the first stone.” Slowly, the agitated, self-righteous mob thinned to nothing as the oldest to the youngest dropped their rocks under the weight of conviction.

“That which was from the beginning, which we have heard. …” These phrases open the letter known as 1 John. Jesus was and is the Son of Man and Son of God. What Jesus said and did in His time on earth manifested the reality of His being and character.

Jesus’ words were then and are now, eternal and effective. Read of Him. Learn of Him. Imagine yourself as a listener as He speaks. This isn’t so difficult to do. After all, more than 60 percent of John’s gospel is comprised of words from Him, words from the mighty God who is all and is in all. We can hear Him now as those gospel characters heard Him then.

John wrote at a time when some were attempting to redefine Jesus. Distortions and deceptions were circulated about the Person of Christ. Some described Him as a being less than God; others taught that He was some kind of being, other than human. John stood opposed to all such foolishness.

This last living Apostle sounded out the truth about Jesus as Lord and God and Savior. As believers, we must cultivate a true and faithful apprehension of the Christ, the Son of the Living God.

Are we able to comprehend everything about who He is? Not likely. Human minds are too small and human logic too limited to explain eternal matters. It seems there will always be moments when we will have to cry out “I believe, help my unbelief.”

As promised, Jesus sent us the Person of the Holy Spirit to live in us, to help us, and to guide us in all truth. We proclaim the truth of Who He is and enter into the fellowship of Light.

This fellowship is the communion of those cleansed from sin by the Blood of the Lamb of God. It is a fellowship of love, and it is where we find our joy is complete.

It is a fellowship in Jesus, the One who is the same yesterday, today, and forever (Hebrews 13:8).