Jesus: The Grain of Wheat and the Lamb of God 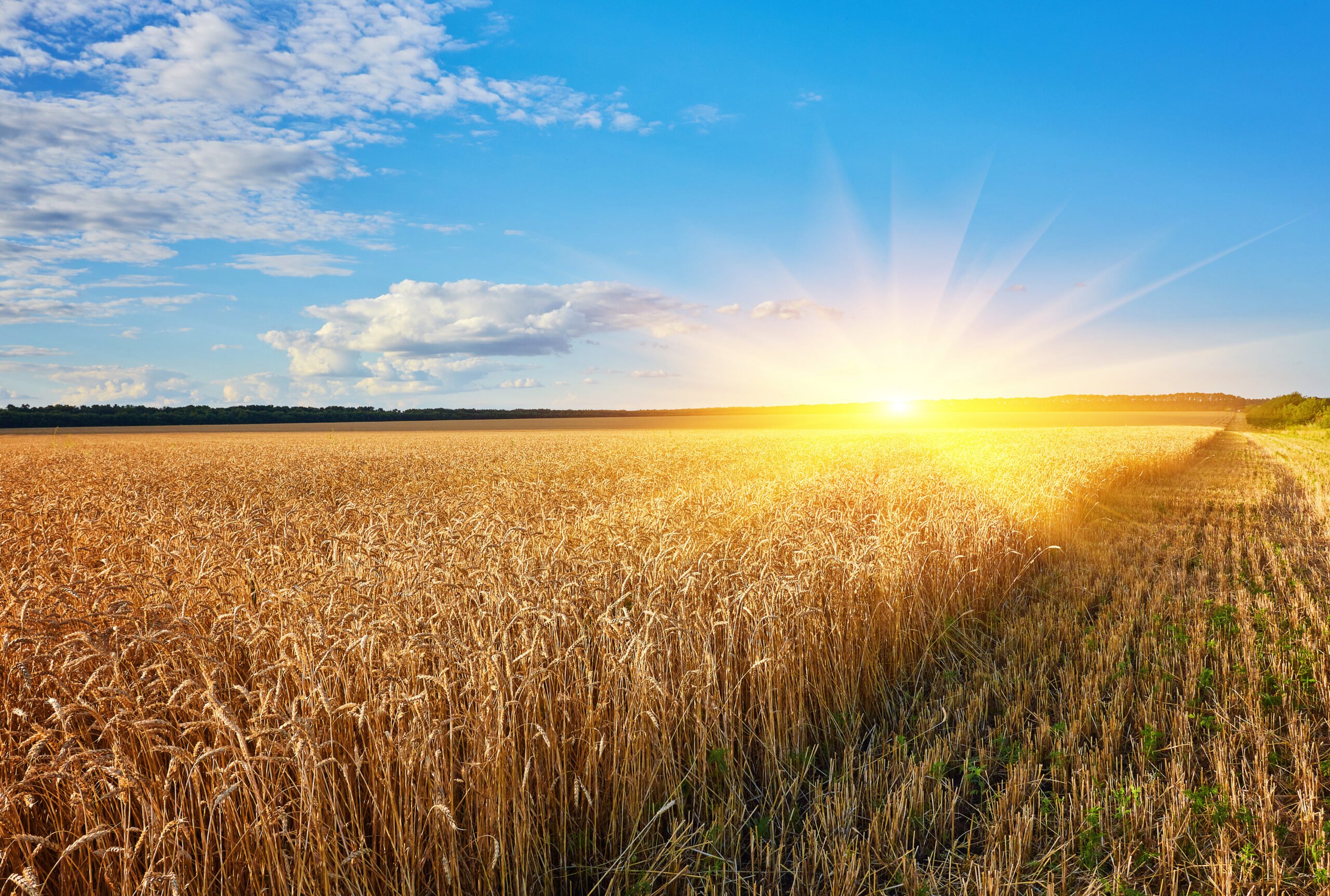 Passover was coming. Jesus drew near to Jerusalem for the celebration of the great feast of remembrance.

This feast, first described in Exodus, pointed to the power of the Blood over Death. On a night unlike any other, the people of Israel were directed to slay a lamb and to apply the blood around the doors of their homes.

A plague pronounced upon Egypt was coming. The first born of every family would be killed. The Lord provided the way of escape. His directions had to be obeyed. The lamb slain was to be a male without blemish. Those inside the houses marked with Blood were safe.

Death arrived and wails of grief were heard through the land on that night. Pharaoh, humbled at last, released God’s chosen people from their bondage, ordering them to depart at once.

Notice the pattern that came from above:  Word, obedience, deliverance, freedom. Death passed over all who trusted the instruction given through Moses. Remember and rehearse this Feast every year, the Lord told Israel. The story of the Lamb was not to be forgotten.

Martha is Martha, Mary is Mary

Another Passover neared; it was just six days away as we read in John 12. Christ the Son, the Lamb of God, readied Himself for His offering. He came to be with His friends, enjoying a supper at the home of Martha, Mary, and Lazarus.

“And Martha served.” I consider this short phrase at the start of this chapter as one that’s very important. The story here tells me that Martha continued to be Martha. She was not required to become a Mary.

Proverbs 18:16 says that one’s gift makes room for him and brings him before great people. There was room for Martha’s gift in the great purpose of God, and she decided to exercise it.

“And Martha served.” The phrase highlights the growing maturity of this woman. She knew Jesus loved her, and His love moved her to be who she was before Him.

The other point to be made is that Mary could also be who she was. She did not have to become a Martha. She, too, could love and serve the Lord in her way.

And so Mary did serve her Savior, in a way that Jesus said would be celebrated wherever the Gospel is shared (see Matthew 26:6-13).

Mary broke open a box of pure spikenard, expensive, perfumed oil usually lavished on the head of a guest of honor. She, however, poured it on the feet of Jesus and spread it over them with her hair.

The fragrance got the attention of all in the house. This act of devotion stirred a myriad of reactions. Some were distracted to the point of envy, envy like the envy that Abel’s offering brought out of his brother Cain. That attitude drove a man to murder.

The heart of Judas Iscariot envied and was exposed. “Why was this perfume not sold for 300 silver pieces and the money given to the poor?” (John 12:5).

Mary loved because Jesus first loved her. The lavishing of this perfume came straight from her heart. She could not help but lay something of great value at His feet. Click To Tweet

This was a reaction of religion against the nature of relationship that the Son had introduced. Mary loved because Jesus first loved her. The lavishing of this perfume came straight from her heart. She could not help but lay something of great value at His feet. This, Judas did not recognize, and from this point in his story he begins to sink into his mode of betrayal.

And Mary also understood something about the Christ that few others did, for Jesus said, “Let her alone, She’s anticipating and honoring the day of My burial” (John 12:7). Mary somehow comprehended Jesus as the Lamb of God who was slain from before the foundation of the world (Revelation 13:8).

Lifted Up for Glory

Some followed Jesus in anticipation of the revelation of His glory. They just did not realize the path He would have to take to get there. Perhaps this was what came to bother Judas and those like him. To them, the glory of the Son was something to be displayed triumphantly in power.

“Truly, truly, I say to you, unless a grain of wheat falls into the ground and dies, it remains alone, but if it dies, it bears much fruit” (John 12:24).

A grain of wheat, that’s how Jesus described Himself. His life, on the surface, was common; His appearance was ordinary. He blended in, so much so that Judas had to plant kisses on Him to show the authorities which One they were to arrest in Gethsemane. He could hide Himself in the crowd.

Oh, but when the Son opened His mouth! The words came with authority. Those who heard Him were saved and changed. He called people to lose their lives, to surrender what they had in this world in exchange for life eternal. He would lose His life, giving it away as the ransom, shedding His Blood as the true Passover Lamb.

And how would He give His life? In quietness and confidence and weakness, wounded, battered, bruised, and wasted upon a Roman cross. This was the way that the ruler of this world would be cast out. This was the how the seed of His life was prepared to be buried, laid behind the stone.

In the Exodus story, the deaths of the lambs bore much fruit. Their blood did the work. Their blood served for protection to save many people alive. Those households who obeyed the Word given to them were made secure.

He was lifted up to draw every Martha and Mary to Him. He loved us and so His Blood did the work. His Blood cleanses us from all unrighteousness.

Let us see Him on that Cross. And let us see Him alive. Let us serve Him and serve others in His Name. Let us lay all that we are at His feet.