Jesus Wept as God and Man 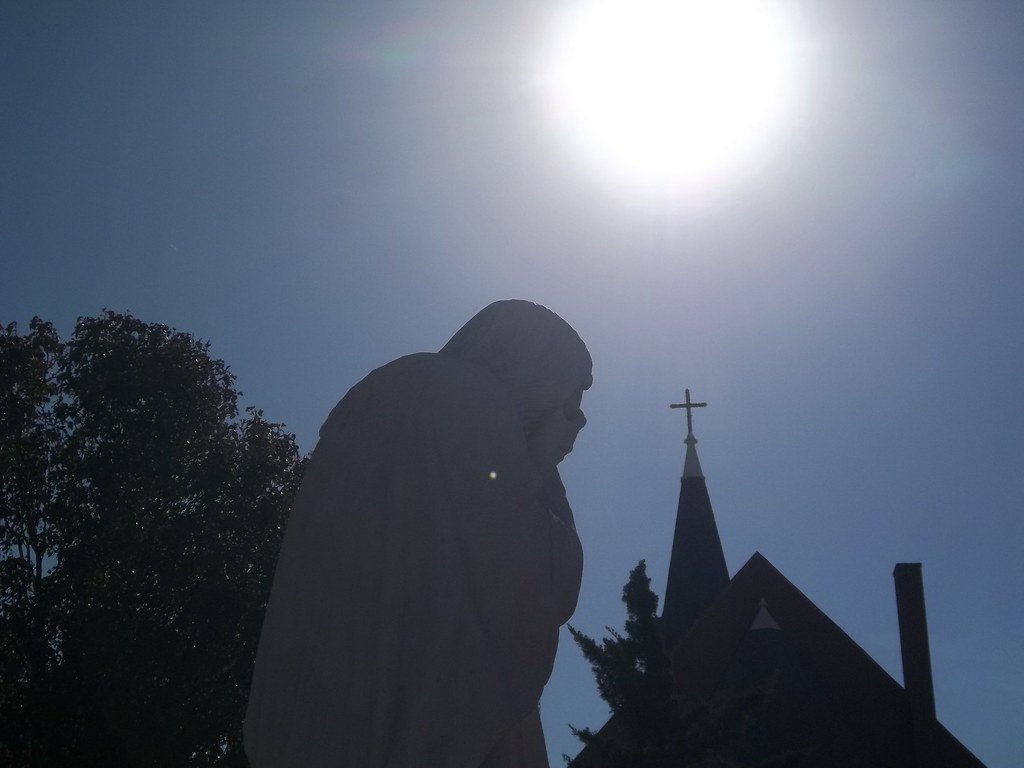 We know this as John 11:35, the shortest verse in the Bible. He wept at the sight of the mourners who grieved over the death of Lazarus, a close friend of Jesus’ and brother to Mary and Martha of Bethany.

The passage in John’s gospel also says this: “He groaned in the Spirit and was troubled” (see John 11:33, 38). The scene of devastated people touched the Savior.

Jesus knew what He was about to do. He spoke words of comfort to Martha and to Mary, telling them that Resurrection was to come. This was something they claimed to believe and understand about the future. But a rising from the dead was coming sooner for their brother. It was only a matter of moments before Christ would bring this to pass, calling Lazarus out from his grave.

What was it that made Jesus sorrow so? I think it was the weight of what death had brought to so many families for so many centuries. This affected Jesus mightily.

The wound of our transgressions was, at this point, a very open wound, a wound Jesus would close only by being wounded for us upon the Cross. Death was raw and real, and He sensed it as the human being He became.

The eternal Word was made flesh and entered into life as “the Son of Man.” This title is the one most used to describe Jesus, as it appears 85 times in the four gospel accounts of Matthew, Mark, Luke, and John.

The Death of a Friend

The death of Lazarus perhaps hit closer to home to Jesus, the Son of Man. He knew Lazarus and his sisters better than He did the daughter of Jairus (see Mark 5:22-43) and the son of the widow at Nain (see Luke 7:10-15).

It’s important for us to recognize just how truly human Jesus is. He took on everything about us. He lived as Man on our level, in time and within our sphere of limitations and feeling. He experienced love and laughter and rejection and sorrow as we experience these things.

However, Jesus also experienced a scope of sorrow and grief related to His eternal being; He bore an even higher sense of heartache as the Son of God. This we read about in Luke 19.

Jesus also experienced a scope of sorrow and grief related to His eternal being; He bore an even higher sense of heartache as the Son of God. Click To Tweet

Jesus, in this passage, was on His way to Jerusalem. He came there to die, to give His life for the sins of the world. And He mourned for this city and her citizens.

This was the royal city of David. Zion and Ariel she was called by way of affection and treasure and power. The throne of Israel, the seat of authority, had its home here. Jesus should have been welcomed at Jerusalem as her favorite Son.

Jesus also experienced a scope of sorrow and grief related to His eternal being; He bore an even higher sense of heartache as the Son of God. Click To Tweet

Jesus wept here with the weeping of His eternal nature, with the compassion of One who made all things and who knew all things related to what He made. At Bethany, over Lazarus, his sisters and the others grieving there, the Savior shed the tears as men and women shed them. Over Jerusalem, Jesus shed tears borne of a grief that reached all the way to the highest place, to the throne in Heaven itself.

Jerusalem refused the One she should have enthroned and celebrated. Some did sing and shout as He arrived at the city. “Hosanna to the Son of David,” they cried. Before the week was over, however, the mobs would be shouting something very different – “Crucify, crucify, crucify.”

Jesus longed to shelter Jerusalem and her citizens as a hen shelters her tender chicks beneath her wings. The time of visitation had come. He was here. The Person of Peace was present – He was present and mighty to save, to heal, to redeem.

The grief of Jesus over this city came from His understanding. He knew what awaited Him, and He also knew what would become of Jerusalem and He spoke of this. Within 50 years, this city would be flattened and reduced to rubble by an angry Roman army in AD 70. This was the reality the Lamb of God foresaw and foretold.

The Grief of God

Let us consider the agony of the Lord. Think of the sorrow of separation He felt all the way back at the Garden when He had to send the man and the woman away.

He came to earth, but Heaven never left Him. The Son of Man and the Son of God, He was and is all at once and forever.

At the Cross, He was forsaken for a season of darkness. He would not leave the Cross. He could not leave it and leave us forsaken. He hung alone in the battle vs. death. He came to understand grief as no other can understand it. The sting of death required an antidote for earth and for Heaven. Its poison could only be neutralized by the Lamb of God.

One had to make the Way; One had to be lifted up to draw all men to the Lord. Death – He would defeat it by finishing the work He came to do. The Blood of Atonement would flow from Emmanuel’s veins.

Jesus wept. He groaned. He came to His own and His own refused Him. He would be betrayed and denied. He would be arrested, accused, scourged, and crucified. He did it all for us.

He is present with us now when we weep. And He anticipates the day not so far away when weeping will be no more.

“And God shall wipe away all tears from their eyes; and there shall be no more death, neither sorrow, nor crying, neither shall there be any more pain: for the former things are passed away” (Revelation 21:4).

O what a day that will be.