Judas and John and the Glory of Love 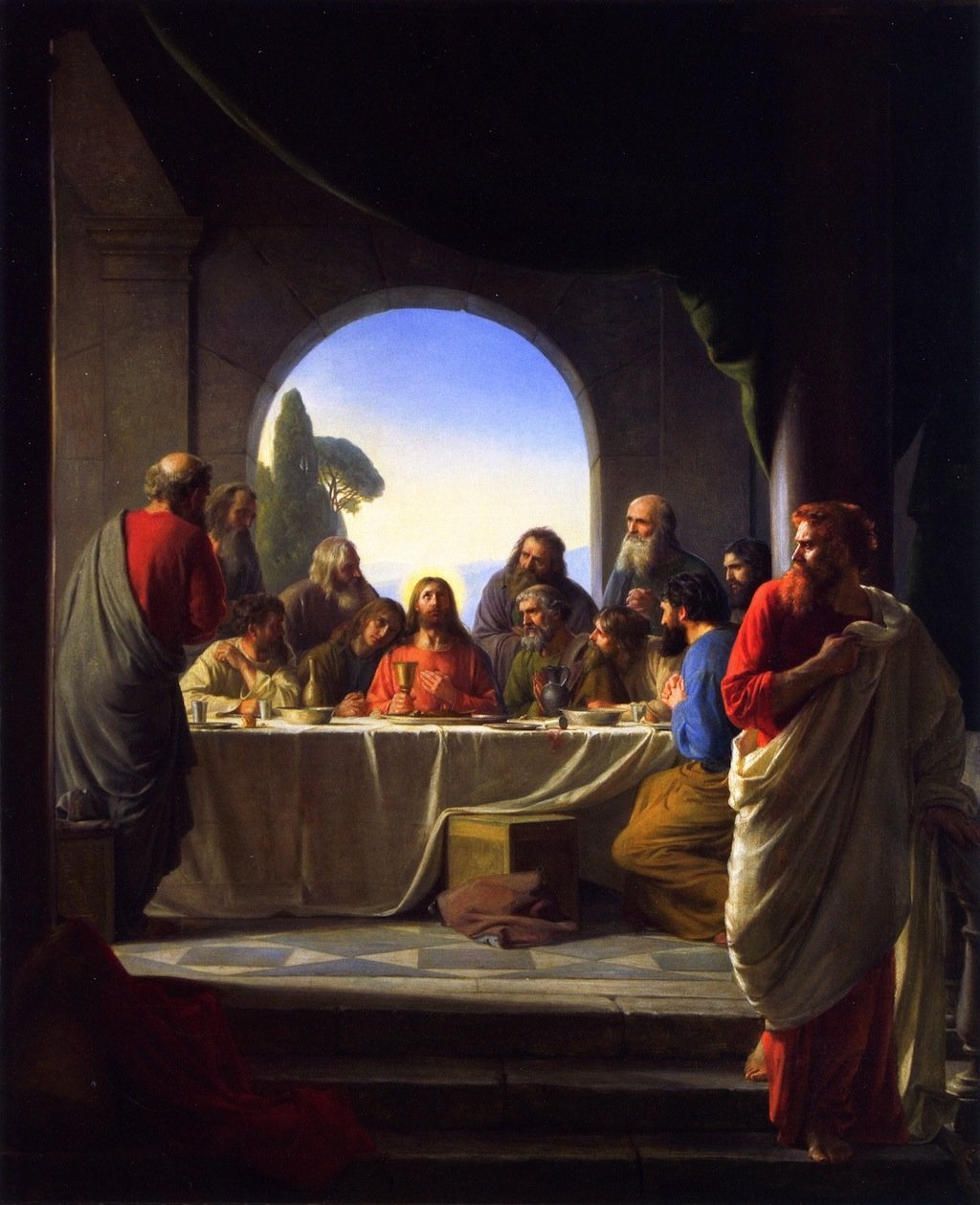 Judas and John and Jesus.

They spent so much time together through the three years of Jesus’ public ministry. They walked and talked together. Kingdom words were spoken and defined. The miracles of Christ played out in towns and villages, in the streets and at the Temple.  Blind men had their eyes opened. Crippled women were made straight. Demon-controlled sons and daughters were delivered. Dead ones came back to life.

The responses of Judas and John to the way of the Savior were, however, very, very different. It was in the Upper Room, on the evening before Calvary, where these sharp distinctions become most evident.

Sadly, not all who walked with the Master had allowed Him to master them.

This reality troubled Jesus. “Truly, truly, I say to you, one of you will betray Me,” He said in John 13:21. The statement stunned the disciples. They looked around at each other, mystified and confused. Who among them could think of doing such a thing? Could someone so enjoy the presence and the ministry of the Lord and yet be so far from Him in spirit and life?

Point of No Return

At the supper, John sat near Jesus, as was his practice it seems. He was, from what is written by him and about him, one of the Apostles who did all he could to stay at the Savior’s side. He was one who sought to get close to His heart. He saw himself as one loved by the Lord. And this sense of identity made all the difference.

Peter signaled John, “Ask Jesus to tell you who the traitor is.” John did as Peter asked, and Jesus told John that it would be the man who to whom He would give a morsel of bread. Within moments, Jesus dipped the bread and reached toward Judas, who must have been close by as well.

Here came the tipping point in the life of this man who had followed Jesus for the wrong reasons. As Judas took hold of the bread, Satan took hold of Judas. “What you are going to do, do quickly,” Jesus told him. Upon hearing those words, this man got up and left the room and left Jesus.

“And it was night.” Darkness enveloped his heart and carried him away from the Lord, the One who had just washed his feet and also shared bread with him.

I believe that Judas’ betrayal developed over time. His exit was abrupt in John 13, but his thoughts and attitudes about the Jesus movement had been building to this moment.  Over days and months, I think he had grown embittered. He was clever enough to mask his true feelings from the others until the kindness of Christ became too much for him to bear.

I confess that I can be so much like Judas – close to the action with the Lord and still far away from Him. I can be there in the purpose of God, but not really with Him in heart and mind and spirit. Click To Tweet

The progression of the traitor’s fall is something we should pay close attention to. I confess that I can be so much like Judas – close to the action with the Lord and still far away from Him. I can be there in the purpose of God, but not really with Him in heart and mind and spirit. I have belittled people and their works and words to make myself look good, just as Judas did when he criticized Mary’s anointing of the feet of Jesus. I have gotten agitated within myself upon hearing a rebuke from the pulpit or in church meeting.

Each of those moments was important to my faith and to my relationship with God. I had to decide if I was going to listen to myself and my bitterness, or talk to myself as David did in Psalms 42 and 43. “My soul why are you disquieted … Hope in God.” This sentence appears a couple times in each of these psalms. Talking truth to my carnal soul is just one part of it. I also need to learn how to bring my trouble to God and set it before Him. In Psalm 142, we are invited to pour our complaints before Him and reveal our trouble.

Judas never learned how to do this. As a result, he betrayed the Lord and lost sight of His mercy. The Scriptures tell us that this apostle ended his own life when he became overwhelmed by his sin and shame.

I think all of us would like to be more like John, close to Jesus, near enough to hear and feel the beating heart of the Lamb of God, to know and live in the power of His grace and forgiveness.

The exit of Judas brought a new atmosphere and reality to the room and to these early believers in the Son of God. “When [Judas} had gone out, Jesus said, ‘Now the Son of Man is glorified, and God is glorified in Him” (see John 13:31).

The other disciples had done nothing at all to bring this glorification. Glory came through the grace of the Lord. Now, there was true communion because these disciples were in one accord. This, I think, marked the birth of the Body of Christ, His Church, His Bride, in whom He is glorified.

Don’t be mistaken. Things would not always go so gloriously for these men. This bunch of misfits and outcasts still had so much to learn and they would make many mistakes – starting with Peter, who for all of his bold pledges of allegiance would deny knowing Jesus three times.

What is the key element in this building process? It is simply this: love. “I give you a new command: Love one another. Just as I have loved you, you must also love one another. By this all people will know that you are My disciples, if you have love for one another” (John 13:34-35).

John understood this love, perhaps better than any of the Apostles. He knew that he was loved by God and this made him the disciple that he came to be.

May love be the identity that we establish in ourselves and in all that we do.