Kiss the Son, Take Refuge in Him 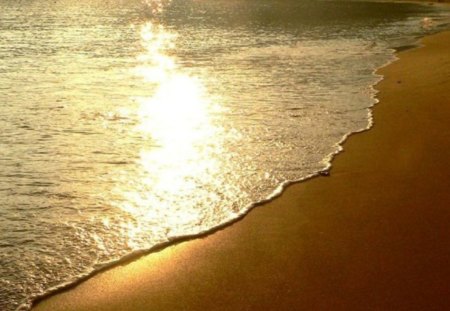 Rage and vanities, conspiracy talk and dark counsels — these things breed in an atmosphere where pride reigns. These forces were let loose long ago in the Garden. There, a simple choice to take and swallow a lie and then to take and swallow a fruit meant that man bit off more than he could chew.

The glut of information that sprang from that Tree of the Knowledge of Good and Evil could not be digested. The man and the woman wrestled right away with self-occupation. They were no longer secure in who they had been made to be.

The lie was this:  “Eat, and you shall be as God.” The truth was and is that man was formed in the image of God. The very breath of Yahweh had quickened him to life, to walk, to think, to talk, to love, for God is love.

Love is alive. This essence of God draws us into trust and trust requires faith in the midst of mystery. “Faith is the substance of things hoped for, the evidence of things not seen” (Hebrews 11:1).

In her encounter with the serpent, Eve saw the Tree and saw that it was good to look upon. By appearance, the Tree seemed a delight. This false advertisement, fueled by the devil’s questions and deceits, caught her; she fell for it. She took the bait, as did Adam when she presented the fruit to him.

The Tree in reality was the source of death — a thing with roots unseen, a snare and a trap that would introduce doubt and decay to mind, heart, spirit, and strength. The Tree offered expanded knowledge as the key to advancement and satisfaction and control. Take from the Tree and get the data. “Oh, the things that you will be able to think about; for if you think, therefore you are” was the line of reasoning that came from the snake.

And so they ate and so they began to think different things.

These things corroded the substance of hope and trust that enlivens faith. The heart and spirit the Lord had given to them became weighted with comparisons and inquisitions. They sank into evaluations about their form. They felt exposed and fretted over their body image and how it would be seen.

They tried to cover their dust with leaves pulled from the Garden that was given as their home. Soon, work would degenerate into labor and this would sap their strength and age them. Their days would become ones of toil and sweat as the ground from which they were taken became littered with thorns and thistles, a thicket of tangled growth that fueled thoughts of mistrust, frustration, failure.

Here were are today, watching scenes of chaos and confusion. The data production apparatus spews out reams of information. We see too much and so we think, think, think, and think some more.

The data production apparatus spews out reams of information. We see too much and so we think, think, think, and think some more. Click To Tweet

How are we to be made free from this? How do we get back to the substance of hope?

“Kiss the Son.” That’s the answer.

I like Mark’s record best because it takes us back to the beginnings of us. God made us in His image to be one in Him.

Love Him. Love yourself as He loves you. Kiss the Son.

Kiss? Yes, the call to our hearts is to kiss the Son. A kiss is most intimate, and when a kiss comes from a true heart it is a mark of joy and love and surrender and submission. To kiss the Son is to see the way to being One with Him. It is to return to our Garden, to seek the Tree of Life, to clear our minds of the false and fill them with what’s true, lovely, honest, good.

Look Upon His Face

Kiss the Son. We were made to look upon His face, to turn our gaze toward Him. The bride of the Song of Songs desires first the kisses of the Bridegroom. With unveiled face, she comes near. “Let him kiss me with the kisses of his mouth,” declared this Bride (see Song of Solomon 1:1). She had been given to her True Love. Read through the Song and hear how she is her Beloved’s and her Beloved is hers. She is unveiled and free, just as those first ones were unveiled and free in Eden.

On the day of the Cross, a great opening was brought to pass. The veil of the Temple was torn in two, from top to bottom, from Heaven to Earth. This happened when the Christ, our Savior, bowed His face and committed His spirit into the hands of the Father.

Jesus took our justice. The sins of the world, the iniquity of us all He did bear upon His innocent frame. An hour came when He Himself had no place before the face of His Holy Father. Bruised for our transgressions, the chastisement of our peace was upon Him (see Isaiah 53).

The perfect Son of Man answered the law of sin and death with His grace and truth. He alone could and did finish the work of Redemption. He paid the price to ransom what had been stolen and kidnapped. He refused to muscle into the war for our salvation. Instead, He gave Himself to the fury of wrath; His surrender struck at the roots of the Tree of the Knowledge of Good and Evil.

The pride of life met its match; it was brought to its demise by the death of the One who chose to become a little lower than the angels. The strength of His love and purpose was made perfect through weakness, through the frailty and humility of His humanity.

The curtain was parted. The way to His presence made clear. We now are invited to come inside to the Holy of Holies, to the Throne of Mercy.

A day of the Lord surely shall come when every knee shall bow and every tongue confess before Him. Some noses, once cast so high about in the air, shall touch the dirt. The triumph of the Son shall be complete and unquestionable. His Kingdom shall come.

For now, we live in the substance of what we hope for. We hold fast to the evidence of things not yet seen. His will is done in Heaven and so shall it be done here on earth.

We look up. We turn our faces toward the Lord. We draw near to Him in assurance. We kiss the Son.