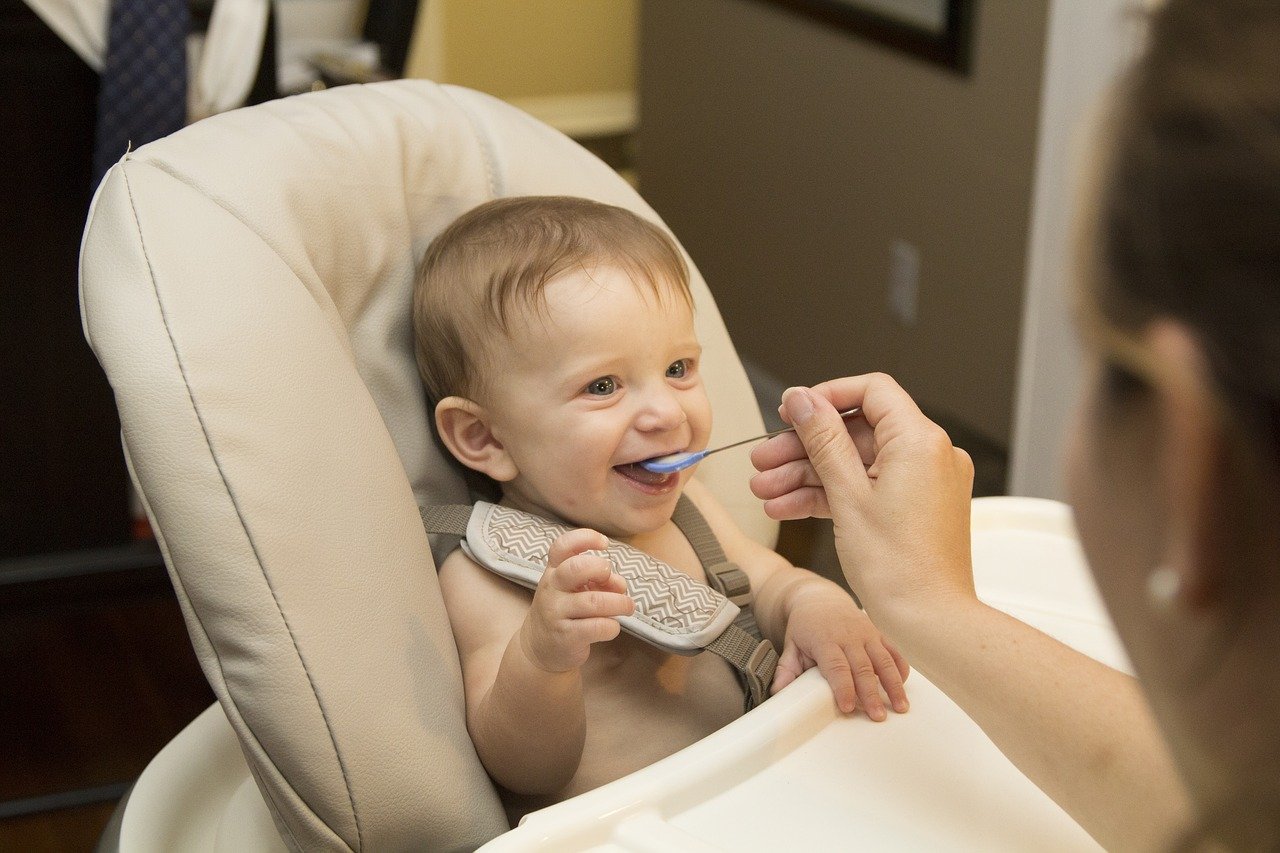 ” … is my soul within me ceased from fretting.”

Psalm 131 is a short but loaded set of instructions from the Lord to His people, in just three verses:  “Lord, my heart is not haughty, nor my eyes lofty;  neither do I exercise myself in matters too great or in things too wonderful for me./Surely I have calmed and quieted my soul;  like a weaned child is my soul within me [ceased from fretting]./O Israel, hope in the Lord from this time forth and forever.”  Of particular interest is that David writes here that he weaned his soul, calming and quieting it (as a mother would her baby as she weaned him from the breast), and that his soul responded to the initiations of his heart (which was not haughty) and  thus “ceased from fretting”.  Therefore, he was released to hope in the Lord from that time forth, and, in fact, would speak to his soul to do so:  “Why are you cast down, O my soul, and why are disquieted within me? Hope in God …” (Psalm 42:5,11)

Words of life, a short prayer from the man of God, and a believing, humble, submissive heart, and she was delivered from fretting! Click To Tweet

Another outstanding saint in the Bible, Hannah, also experienced a fretting soul;  but the first chapter of I Samuel reveals that she brought her grieving soul before the Lord and poured out her heart to Him in prayer.  Her soul was vexed and sorrowful because of her husband Elkanah’s other wife, Penninah, who provoked her sorely due to her barren womb.  When Elkinah asked her why she was grieving so, to the point of not eating, Hannah did not defend herself;  the Word of God simply says that she went up to the house of the Lord and poured out her soul to the Lord (v.15).  Then, because she only moved her lips and not her tongue while in intense prayer, Eli the priest thought she was drunk;  again, she did not defend herself except to say that she was not intoxicated but rather only deeply sorrowful.  Eli then prayed for her, and for Hannah that was enough to change her grieving heart and sad countenance.  Words of life, a short prayer from the man of God – and a believing, humble, submissive heart – and she was delivered from fretting!  We read in the remainder of chapter one that the Lord granted her the petition of her heart;  He gave her a son, Samuel.   She raised him,  weaned him, then took him to Shiloh to present him to the Lord, just as she had promised (v.11, 20-28).   We, as readers of this powerful testimony of the faithfulness of God and the integrity of one of His own, can’t help but notice that although following through with her promise to give her son “to the Lord all his life” meant that she would see him only once a year (2:19), Hannah did so with worship and triumphant joy ( 1:28; 2:1).  In verses 1-10 of chapter 2 she extolls the Lord and proclaims that He alone will deal with the adversaries of His people and come to the aid of His own.  In other words, she is expressing that her soul is “ceased from fretting”, and is walking in the mandate of Psalm 37:1 – “Fret not yourself because of evildoers…”

The word “fret” in Hebrew is “charah”, whose primary meaning is to be almost consumed with anger or with grief;  to be so upset that you are literally “hot under the collar”!   Even though there is no indication that Hannah was angry at her adversary (Penninah), she was indeed nearly consumed with grief because of the latter’s provocations.  If she had continued to wallow in sorrow, bemoaning her barrenness, it would have ended in “evil-doing” (Psa.37:8b).  This truth is mentioned by Solomon in Proverbs 15:15, also with strong words:  “All the days of the desponding and afflicted are made evil [by anxious thoughts and forebodings],  but he who has a glad heart, has a continual feast, [regardless of circumstances].”  Hannah lived in the “b” part of this verse, perhaps by doing what Psalm 37:7 commands:  “Be still and rest in the Lord;  wait for Him and patiently lean yourself on Him;  fret not yourself because of him who prospers in his way …”.   Whatever the means may have been to give her a changed heart and countenance, she certainly was  weaned from fretting.

Because she was not sentimental with her soul but rather brought it into subjection by faith to what the priest had said to her, she was being prepared to likewise not be sentimental in weaning Samuel and grooming him to minister to the Lord all… Click To Tweet

Hannah became mature in the Lord’s weaning process for her soul.  Furthermore, because she was not sentimental with her soul but rather brought it into subjection by faith to what the priest had said to her, she was being prepared to likewise not be sentimental towards her mother’s heart in weaning Samuel and grooming him to minister to the Lord all the days of his life.   In a general sense, a mother could be regarded as the natural life – our own or that of another – that we lean on, depend upon, rely on for everything.  Then typically, normally, little by little, the natural resources (props) are removed so that we are less and less dependent on that one person – or thing. This process for the Christian ushers him/her into spiritual maturity, “ripened” faith that has been tested and proven. Such believers find that they no longer want to run away from trials but rather embrace them, knowing that they are “more precious than gold that perishes” (I Peter 1:7).  These are those who “dwell in the Secret Place of the Most High” (Psalm 91:1b) – “the place of absolute faith against sight, reason, or feelings”, (Pastor Carl H.Stevens).

David, in Psalm 131:2, didn’t wean himself from fretting but rather  quieted himself.  It was the Lord who delivered him from fretting.  Likewise, when we feel anxious about circumstances or situations, we go to Him and receive Grace to cease from worrying or fretting, and He cheers us with the comforts of His promises:  “In the multitude of my anxious thoughts within me, Your comforts cheer and delight my soul.” (Psalm 94:19)  As we practice this, we are weaned by His Word and by His Spirit from worry, fear, or anxiety – from anything that would cause us to fret!  Our part is to “be still and know that He is God” (Psalm 46:10).  He has promised that if we would return and rest in Him we would be delivered, and that in quietness and confident trust we would find strength (Isaiah 30;15).  Here is a magnificent promise in Job 34:29 – “When He gives quietness (peace and security from oppression), who then can cause trouble?”  Why then would we not “cast the WHOLE of our care [all our anxieties, … worries, … concerns, once for all] on Him, …”?! (I Peter 5:7)  These promises alone strongly motivate us to seek the Kingdom of God first and His Righteousness, confident that He will always provide all our need (Matt.6:31-33;  Philippians 4:19).

They opened not their mouths.

How did two other promised sons – the Lord Jesus Christ and Isaac -respond to the weaning process of their fathers?  Neither one strove with his father.  Isaiah 53:7 says twice that Jesus  “opened not His mouth”, though oppressed, afflicted, and stricken with grief.  He had learned obedience through the things that He suffered (Heb.5:8), and He was simply,100% submissive to the Father and to His Will and Plan.

Abraham expressed perfect trust in the Lord to provide a lamb, and Isaac silently submitted to that trust. Click To Tweet

Isaac, at  25 years old, strong and able to resist, did not strive with his father nor followed up his one recorded question in this scene with any other – “but where is the lamb for the burnt sacrifice?” (Gen.22:7b)  Abraham simply expressed perfect trust in the Lord to provide a lamb, and Isaac silently submitted to his father’s words.  His soul somehow had been weaned from worry and fretting, and he trusted his father and the Lord implicitly.  Maybe, in an Old Testament way, he had been taught to have his treasure in Heaven and to set his affections on things Above (Matt.6:20,21;  Col.3:2), and to set the Lord always before Him so that he would not be moved (Psalm 16:8).  We, too, are certainly implored to do likewise, and to believe that we are crucified to the world and the world to us (Gal.6:14).  When our hearts are fixed on Him, our minds stayed on Him, our affections set on things Above, our eyes glued to Him – He can remove quickly or slowly anything He desires and knows to best for us,  and we will not “fret ourselves”.

Oh, Lord, wean us from “self-sufficiency, self-will, self-seeking, [self-satisfying], from creatures and things of this world – not, indeed, as to their use, but as to any dependence upon them for my happiness and portion – ” (William Jay, 1769-1863, from “Evening Exercises for the Closet”)!   Because the Lord is our Portion, we can live in and enjoy the weaned life, our souls delivered once and for all from fretting.