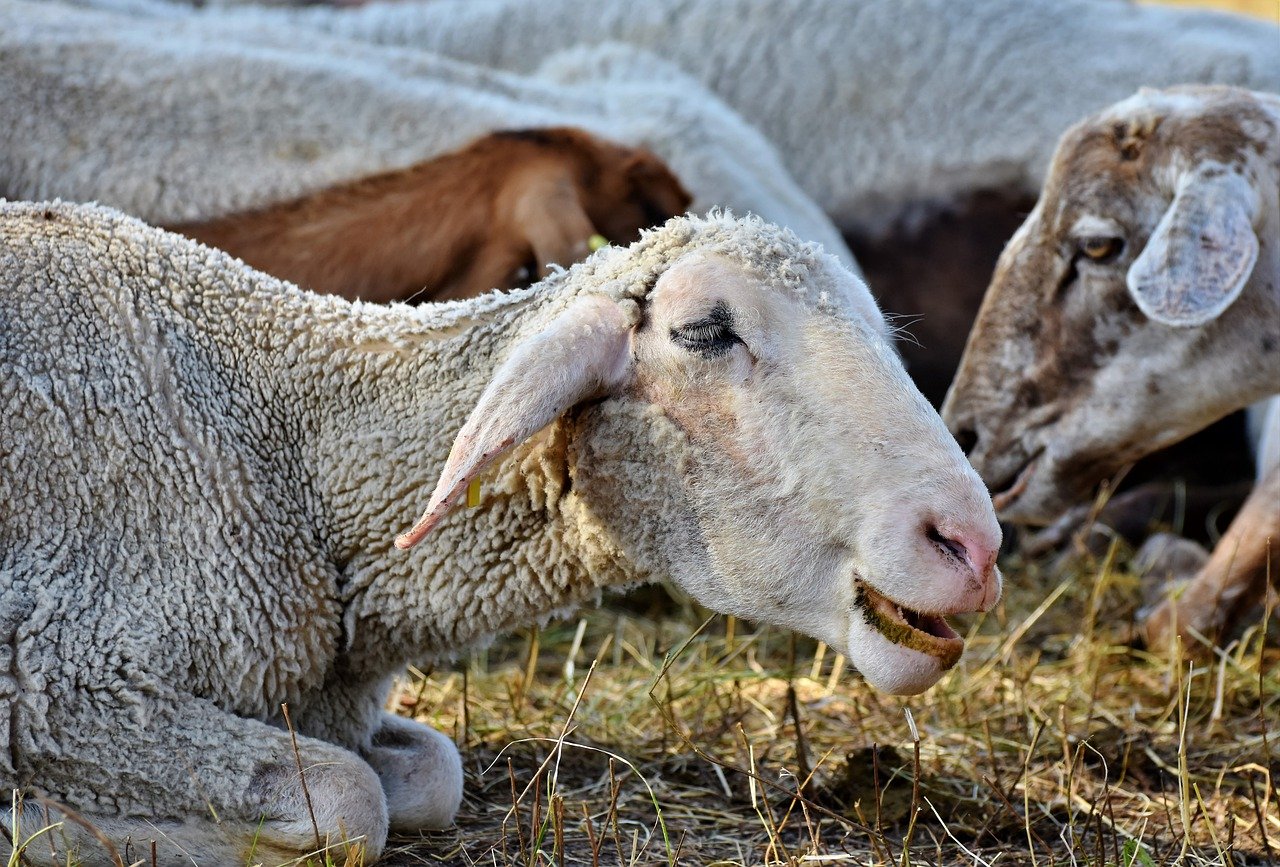 “Make a joyful noise to the Lord.” Every now and then we just need to let out a good shout unto God. That’s what the writer of Psalm 100 is saying with these verses, and his message was one he directed to “all the earth.”

These words, this song of thanks, form something of a directive, a wakeup call coming to us in the midst of troubles and chaos. This planet should be full of this joy at all times and in all places. He wove life into the fabric of everything here. The earth should delight itself in serving the purposes of God. Worship and gladness should be the rule of its being. The sun should run its race and the moon reflect the light that falls upon it. Everything about our world and things around it should be joined together in song and praise.

Alas, this is just not the way things are.

The sin of man, noted in Genesis 3, marked a breaking of faith. A voice spoke lies and the lies were received. A lid was lifted, a covering shoved aside.

The Word of the Lord was ignored. Thereby, death and decay gained their entrance and continue to wreak ruin. Thorns and thistles choke the soil. Innocent blood spilled shrieks for justice. The groans of Creation grow louder and ever more unpredictable, according to Romans 8:22. Volcanoes erupt with fire. Hurricanes blast wild winds. Waves crash and thrash away shorelines. Valleys and mountains shake and crumble.

“Make a joyful noise.” This is still the instruction of the psalmist.

What? Are we to sing now? Even in the face of such disorder and disaster and disconnection?

Think of Jehoshaphat and his predicament, as described for us in 2 Chronicles 20. This king of Judah was encircled by a trio of enemy armies. The news of the day was likely fueled by talk of impending doom. These enemies rattled their sabers and beat their drums to let Judah know that they were there. I have to believe that the spirit of fear crept in among the king’s counselors and subjects.

Jehoshaphat was given a word from the Lord. “Thus says the Lord unto you, Be not afraid nor dismayed by reason of this great multitude; for the battle is not yours, but God’s” (2 Chronicles 20:15). When it came time to war, the king “appointed singers unto the Lord, and that should praise the beauty of holiness, as they went out before the army, and to say, Praise the Lord; for His mercy endures forever” (2 Chronicles 20:21).

The joyful noise of praise discomfited the enemies. The invaders began warring with each other and all fell dead, leaving loads of spoil for the people of Judah to carry away. It took three days to collect all of the loot the enemies had abandoned.

The battle belongs to the Lord today just as it did in Jehoshaphat’s day. It is really up to us to address things as they are now on earth. We should address them with hope and faith and love. Click To Tweet

The battle belongs to the Lord today just as it did in Jehoshaphat’s day. It is really up to us to address things as they are now on earth. We should address them with hope and faith and love.

Our earth does tremble. We can see it and feel it.

Still, certain facts remain and these facts are worthy of our utmost attention. Consider a couple from the Lord’s Prayer:   “Our Father” is in Heaven. Hallowed is His Name. His will is to be done here as it is done there. These realities, we must call to remembrance and give voice to them often.

Such truths He has planted in our hearts. The Spirit made us alive unto Him when we believed. We can love now, not because we are loving by nature, but because He first loved us. By this, we are made the most privileged people living on this privileged planet called earth.

The Sound of Sheep

Among the species in the animal world, sheep would never be classified as musical beasts. No songs are heard among the flocks. Their sounds have no melody or rhythm. Sheep do, however, bleat and baa, and their bleating and baaing grow stronger and more pronounced when they find themselves in darkness.

As the sheep watched over by the Good Shepherd, we are compelled to make noise, to raise our voices in joyful noise, to bleat and to baa as best we can to give Him glory.

Such noise should flow from us as we enter His gates. We are invited into His courts. We are welcomed into His presence. Let’s sound out our thanksgiving and our praise. Let’s bless His holy Name.

We often let present circumstances cloud our sense of eternal reality. We fall into worry and disappointment and questioning.

Who are we among so many? Who will pay attention? What will our noise accomplish?

Oh, our noise will do much — much, much more than we can think or imagine.

Jesus said something about this in one of His parables. “… The kingdom of heaven is like unto leaven, which a woman took, and hid in three measures of meal, till the whole was leavened” (Matthew 13:33).

Yeast gets worked into dough slowly but surely. The hands of the baker kneed and stretch the dough until the loaf is flavored correctly and ready for the oven.

We are members of Christ and He is our Head. We are hid with Him and so we are also hid for Him in this world. “The earth is the Lord’s and the fullness thereof” (Psalm 24:1).

Our noise is heard where it really counts – in His presence. The sound of our voices rises to Him and makes Him glad.

And a promised day is coming when our joyful noise will fill all of Heaven:

“After this I beheld, and, lo, a great multitude, which no man could number, of all nations, and kindreds, and people, and tongues, stood before the throne, and before the Lamb, clothed with white robes, and palms in their hands; and cried with a loud voice, saying, Salvation to our God which sitteth upon the throne, and unto the Lamb. And all the angels stood round about the throne, and about the elders and the four beasts, and fell before the throne on their faces, and worshipped God, saying, Amen:  Blessing, and glory, and wisdom, and thanksgiving, and honor, and power, and might, be unto our God forever and ever. Amen” (Revelation 7:8-12)

For more on Psalm 100, please check out “Prayer, Joyful Noise and Thanksgiving,” a message preached by Thomas Schaller, Pastor of Greater Grace Church in Baltimore.