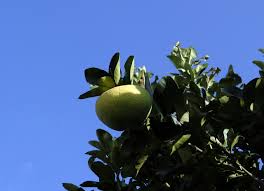 We are introduced to the concept of sin early in the Scriptures, in Genesis 3 with the fall of Adam and Eve. Their reaction to their sin was to hide (verse 8). Then in chapter 4, Cain has a face to face run-in with sin and his reaction is anger. The Lord warned him that “sin is crouching at the door and its desire is for you.”

Sin is everything in the disposition and purpose and conduct of God’s moral creatures that is contrary to the expressed will of God. It represents the central struggle of man. As a result, there are many manifestations of sin, as many as there are people. And according to Genesis 4, it has an energy unto itself with some type of agenda. In this case, sin wants to master Cain, so the Lord encourages Cain that, “you must master it.” Although it was not directly stated, it was understood that any offering to God had to be “firstlings,” meaning that God deserves our best. When Abel offered his best while Cain’s offering was “the fruit of the ground”, the Lord had regard for Abel’s offering, but not Cain’s. Cain’s response was to kill his brother out of jealousy.

This condition of sin is something we all wrestle with and it cannot be hidden for long. In fact, it says in Numbers 32:23, “But if you will not do so, behold, you have sinned against the Lord, and be sure your sin will find you out.” And then there is Proverbs 13:21, which says, “Adversity pursues sinners, but the righteous will be rewarded with prosperity.”

This wild animal (sin nature) that we have to face and manage creates all kinds of havoc in our lives. This defilement also has major consequences in the way we approach God. When God was speaking to Moses from the burning bush in Exodus 3:5, God tells him to “remove your sandals from your feet, for the place on which you are standing is holy ground.” Removal of sandals was the means by which the individual would confess personal defilement and conscious unworthiness to stand in His presence. Approaching God requires the recognition of not only His holiness, but also a man’s sinfulness. David spoke of his need to acknowledge his sin before God in Psalm 32. In verse 3, his body wasted away through groanings when he kept silent about his sin. In verse 5, “I acknowledged my sin to You, and my iniquity I did not hide; I said, “I will confess my transgressions to the Lord”; and You forgave the guilt of my sin.” God resists the proud and gives grace to the humble (James 4:6).

It was God’s intention right from the beginning, before the foundation of the world that Jesus Christ would solve that problem (Revelation 13:8). Paul explains in Romans 6:4-7 how we receive the provision of that work so as to be delivered from the power of sin, that is the sin nature that wishes to make us slaves:

“Therefore we have been buried with Him through baptism into death, so that as Christ was raised from the dead through the glory of the Father, so we too might walk in newness of life. For if we have become united with Him in the likeness of His death, certainly we shall also be in the likeness of His resurrection, knowing this [experientially], that our old self was crucified with Him, in order that our body of sin might be done away with [made inoperative], so that we would no longer be slaves to sin; for he who has died is freed from sin.”

So how do we as those living in the 21st century become united with Christ in his death? I have a personal experience that may illustrate the answer.

My uncle Maurice Belanger was a Marine airplane mechanic on Midway Island in June 1942 when the Japanese struck by surprise, killing many servicemen and civilians, my uncle included. It is noteworthy that many historians believe that the Battle of Midway Island was the turning point in America’s fight to win the war against the Japanese. The day after my uncle died, American dive bombers took on Japanese aircraft carriers and aircraft and stopped them from taking control of the island. Maurice Belanger, along with thousands of other servicemen who lost their lives in the fight for liberty, are heroes. We celebrate their sacrifice.

Although I never knew him, I am connected to my Uncle Maurice by DNA. I celebrate his sacrifice and what he stood for. My grandparents received a memorium from FDR in recognition of their loss and it included these words:

DIE THAT FREEDOM MIGHT LIVE, AND GROW, AND INCREASE ITS BLESSINGS.

FREEDOM LIVES AND THROUGH IT HE LIVES-

IN A WAY THAT HUMBLES THE UNDERTAKINGS OF MOST MEN.

We are connected to the death and therefore resurrection of Christ through our spiritual DNA, working in us through faith in His Person and work. Paul recognizes in Romans 6:6 that we know by our spiritual experience that “our old self was crucified with Him” so that we no longer need to be slaves to that sinful nature. Paul summarizes this treatise in verse 17 and 18 when he says, “But thanks be to God that though you were slaves of sin, you became obedient from the heart to that form of teaching to which you were committed, and having been freed from sin, you became slaves of righteousness.” Obedience from the heart to what we have been taught is the standard for our freedom from the power of the sinful nature. Then we become slaves of righteousness!

It was God’s intention right from the beginning, before the foundation of the world that Jesus Christ would solve that problem (Revelation 13:8). Click To Tweet