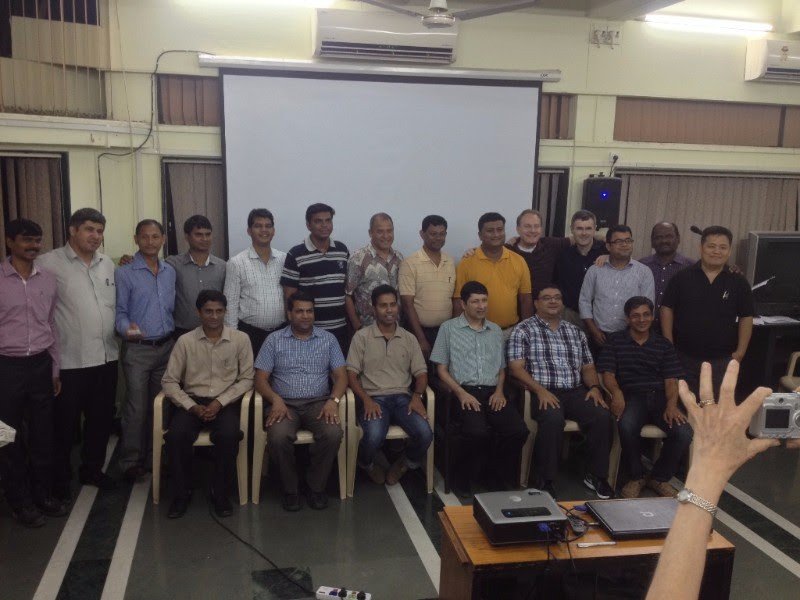 When I first came as a missionary to live in India in 2006, there were four Greater Grace churches in Mumbai . I served under Pastor Karl Silva, and he had me teach Bible college and do spontaneous discipleship. I met Ganesh in the church and then together we started evangelism in the slums.

I also joined the missions trips to Nepal. That is where I met Bethany for the first time.

At that time we had 3 missionaries sent out from Mumbai.
(1) Aviram was sent to Lucknow, Uttar Pradesh (among the capital of that state of 200 million population)

(2) Arpit was sent to Gujarat, the home state of Ghandi, and the business center of the nation.

(3) Binu was sent to Pune, just three hours south of Mumbai. We used to take a train every Thursday morning to help him plant that church and spend the night with his family. There, I got the honor of seeing an Afghanistan college student come to Christ after we shared the Gospel with him.

Ganesh and I started Bible study outreaches in many different slums and I became a regular “SLUM-DOUG”. We had fun as we saw many come to Christ. A rickshaw driver Bible study was one of our favorite things in those days. 2 of the girls in Bethany’s Sunday school here in Nalasopara church, she led them in the Christmas program. on the left is SHRAYHAA and on the right is KEERTI………..

After I got married to Bethany, we relocated with Ganesh and his family to Nalasopara on the north of Mumbai. Now we have seen three churches planted in the slums there. Ganesh was ordained and in the last two years we have seen a bunch of young men grow up as disciples from Nalasopara that go everywhere Ganesh and I go to teach and preach. We are using the 16 discipleship lessons developed by my Kansas City friends to teach the new believers. We have hosted many teams from Kansas City.

Many women are fervent in our churches, too. Bethany and Ganesh’s wife, Sindhi, get to invest in many ladies in the church. When we bring all three Nalasopara Churches together we usually have about 200 people.

It has been 10 years now for me in India. Now so many leaders have been raised up under Pastor Karl’s leadership and our Mumbai Bible College. There are now 17 Greater Grace churches in Mumbai, and nine mission teams sent with to start new churches in North India.

God is the One who has given all this grace and opportunity so we give God the credit. Click To Tweet

These pastors all have team members sent to work under them. They are all our former Bible College students here in Mumbai. Pastor Karl gave me the privilege to be one of the teachers here. God is the One who has given all this grace and opportunity so we give God the credit.

I was just in the right place at the right time to get in on a little revival here the last 10 years here in India.

In my first year in India, 2006, God gave me Pradeep Limma as my first man to disciple. He already had a call of God on his life to be a pastor, so I just invested in him personally with the Word and loved him as a brother each week. We sent him back to his native ORISSA and since 2008 he has planted a church there of over 100 people. Over eight Orissa pastors and other young men came to him for training so we set up a Bible college there.

Later Pastor Pradeep also rescued eight orphans as he always did village evangelism and found children wandering with no care.

Many of you rope-holders who get my newsletter have given to help these pastors care for the orphans so that we can see God raise the orphans lovingly and pray they become great leaders for their needy nation in the future.

Our orphanages in Nepal and India need consistent supporters. Please consider become one by contacting the Missions Office at Greater Grace World Outreach.