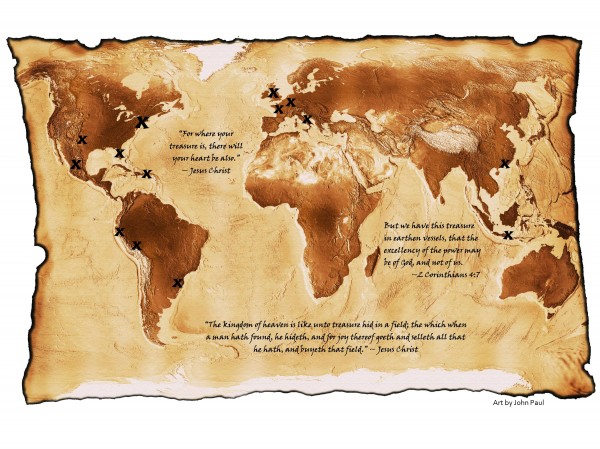 "In the church at Antioch there were prophets and teachers: Barnabas, Simeon called Niger, Lucius of Cyrene, Manaen (who had been brought up with Herod the tetrarch) and Saul. 2 While they were worshiping the Lord and fasting, the Holy Spirit said, "Set apart for me Barnabas and Saul for the work to which I have called them." 3 So after they had fasted and prayed, they placed their hands on them and sent them off. 4 The two of them, sent on their way by the Holy Spirit, went down to Seleucia and sailed from there to Cyprus."

As they were "sent off" by the church in verse 3, verse 4 tells us that they were sent by the Holy Spirit. The two sending elements are connected.

"Make this tabernacle and all its furnishings exactly like the pattern I will show you." And, in verse 40, "See that you make them according to the pattern shown you on the mountain."

God gave Moses clear definition of how he wanted the Tabernacle to be built. He also gave us, in His word, patterns for us to implement and see His blessing on mission work.

The pattern we have, in the New Testament for a healthy church is four-fold. There are four building blocks. We need to have the following: (1) the Word of God; (2) Prayer; (3) Body life, and (4) Soul-Winning. Ancient and recent history has shown that whenever Christians did "according to the pattern," churches reproduced and multiplied; disciples were made.

The Word of God

"In those days when the number of disciples was increasing, the Grecian Jews among them complained against the Hebraic Jews because their widows were being overlooked in the daily distribution of food. So the Twelve gathered all the disciples together and said, 'It would not be right for us to neglect the ministry of the word of God in order to wait on tables. Brothers, choose seven men from among you who are known to be full of the Spirit and wisdom. We will turn this responsibility over to them and will give our attention to prayer and the ministry of the word.' This proposal pleased the whole group. They chose Stephen, a man full of faith and of the Holy Spirit; also Philip, Procorus, Nicanor, Timon, Parmenas, and Nicolas from Antioch, a convert to Judaism. They presented these men to the apostles, who prayed and laid their hands on them. So the word of God spread. The number of disciples in Jerusalem increased rapidly, and a large number of priests became obedient to the faith."

The Apostles were facing a particular demand of service, they responded by suggesting the appointment of deacons. What was the reason ? Why is it important ? So that the Apostles would not neglect the ministry of the Word. They understood, by the Holy Spirit, the importance of the Word for the advancement of the Gospel. The number of disciples was already increasing as we read in verse 1, but the dedication of the Apostles to the Word of God, as we learn in verse 7, made the numbers increase rapidly.

Most churches preach the Word, at least all Bible-believing churches do. The issue here goes deeper. Giving a major place to the Word in our church is more that Sunday preaching. Some pastors struggle with church growth and also having their church involved in missions.

Bible College is the wheel that makes it happen. Bible College provides us the ability and the venue to train others. Without the Word, nothing can really happen. In Romans 10:17, Paul writes,

"So then faith cometh by hearing, and hearing by the word of God."

Faith is an important part of making mission work a reality. The Word of God preached produces faith in the believer. In Acts 6:7, we read that the Word of God "spread." The Greek word is auxano, it means to "increase." More place was given to the Word in the early church and this brought the growing number of souls being saved and disciples being made.

In verse 4 of Acts 6, we also see that the Apostles gave their attention to prayer. The Apostles said,

"We will give our attention to prayer and the ministry of the word."

Prayer was also an important factor of the "rapidly" increasing number of disciples in the early church. Prayer is important, we know this, but how important is it really to us? How much time do we personally give to prayer ? How much time is dedicated to prayer in our church schedule; in our team or staff schedule? How many of the things that we do for God prevent us to pray with God ?

The Body of Christ is where we are encouraged and build up. This is also where we meet examples that are set up for us to follow. Body life is more than just attending a church; it is an intimate relationship with Jesus Christ through the members in particular of His Body. It is a very misunderstood concept in Christianity today.

In many places in the book of Acts (2:41-47; 11:19-26; 13:1-4; 16:1-5), we see the ministry of the Body of Christ in the spiritual activity of mission. The book of Ephesians clearly teaches the mission purpose of the gifts to the church; the wisdom, the armor, and the Great Commission are given to the Church. Ephesians 1 and 3 talk about the "mystery" that has been made known, but unfortunately not received many times by the churches.

We need to understand that Body life is the motivation for spiritual growth in the individual lives and for discipleship.

A clear understanding of grace and the Finished Work is important in our local churches. If we don’t have these fundamental keys, we will not have a clear understanding and balance of these buildings blocks. Grace is not a mere attribute of God. Grace is His very nature, His very character. In John 1:14, we read that

"the Word was made flesh, and dwelt among us, (and we beheld his glory, the glory as of the only begotten of the Father,) full of grace and truth."

God is full of grace and truth! He has finished the work. We enter (Ephesians 2:8-10)

"by Grace, through faith. ... in good works, which God hath before ordained that we should walk in them".

We can trust that (Philippians 1:6)

You may ask, "How can I be involved in missions ? How can my church be involved in evangelism and mission?" In my classes, I tell the students that we need to do three things as we consider the work of missions: Target, locate, and operate! 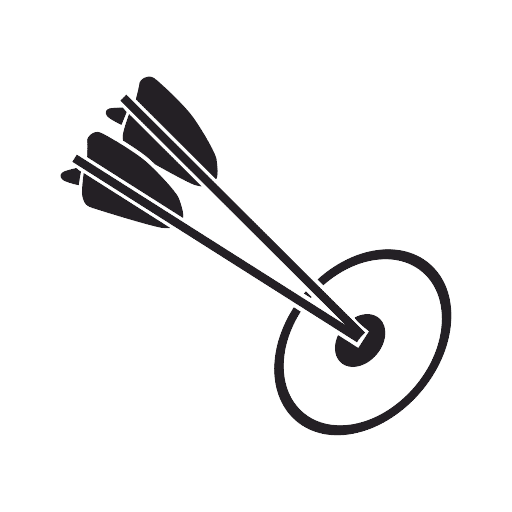 Target -- This is having a mission vision. Beginning about two decades ago, some of us made targeting trips to Africa. On one particular trip, we traveled to 18 cities in six different countries on a 21-day journey. This is what I mean by targeting. We need to be on the move with God and see where He will lead us. We need to be led by His Spirit. Sometimes the leading of the Holy Spirit will be done as we "target." 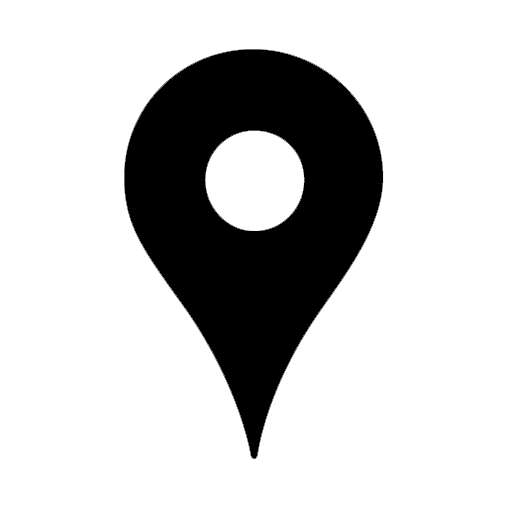 Locate -- Once we are led by God and have targeted a place, we simply move in faith. We move with a team. When we locate to a new country or a city, we must be open to the leading of the Holy Spirit. It may be the right country, but is it the right city? Is it the right part of the city? Where are the most open areas? 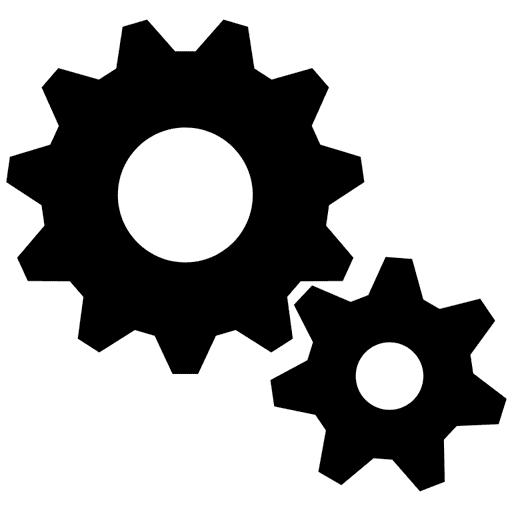 Operate -- We simply work in the "pattern that has be shown to us." We implement the four building blocks we mentioned earlier. We reproduce what we have learned and what first motivated us to be involved in missions. We preach the Word, have a prayer life, live Body life, and go out soul-winning. We reproduce what we have seen. The new church will too develop the same "pattern." The Body life will start with the life among the mission team members. It is a guarantee, a church that follows the biblical pattern will reproduce and multiply again. When we left Ghana in the 1990s, there were seven churches; now, in 2013, there are 38. When we left Uganda, there were three churches; now there are 35!

You may think that your church is too small to be involved in missions. Pastor Carl Stevens, Greater Grace's founding pastor, first spoke of sending teams to the "uttermost parts" of the world in front of a congregation with 10 to 15 people.

Maybe your churches can be financially involved, too. As a pastor, I always thought that our churches should give to missions. In our churches, we always purposed to give from 10 to 20 percent of finances to missions. We need to put our money where God’s heart is! I remember in Ghana, our church was giving 10 percent of the offerings to mission work. We felt led by God to bring our participation to 25 percent and we did this by faith. The offering increased 500 percent shortly thereafter!

With the right emphasis, our ministry, which had 287 affiliated churches in 2005, now has 568 churches in 2015! This is an average of 35 churches planted every year. Let’s believe God for disciples and church. Let’s believe God for the spreading of the Gospel though missions. Let’s target, locate, and operate ! Let’s give room to the Word of God in our lives and our churches. Let’s ask God in prayer in our closets and together. Let’s build each other up in the Body of Christ, and let’s go out and purpose to preach the Gospel to a lost and dying world!