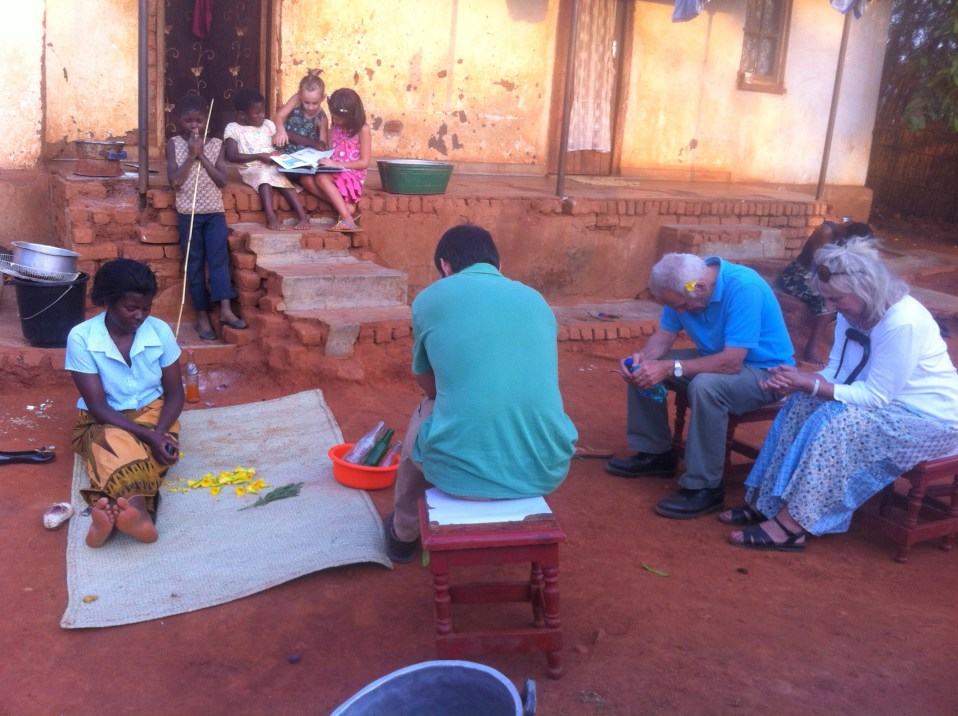 The Best Years of Our Lives

“We’re here because we love people, they respond, and this has been one of the best years of our lives ” Pastor George Arman said recently through a garbled Skype to cell phone connection.

This love is the reason Pastor George and his wife, Carol, both 76 years old, left their familiar, secure life in America last year and moved to Malawi, a small country in southeast Africa.

More than 30 years ago, God planted that seed of love in Pastor George’s heart one night as he sat quietly in a Bible college class at Stevens School of the Bible in Lenox, Massachusetts. He says there was nothing extraordinary about the message; it probably didn’t affect anyone else in the same way, but his heart would never be the same after God touched him.

From that moment on, he knew that someday he would move to another country to serve as a missionary. At the time, however, that thought seemed impossible. He was in his 40s, working full time as a boiler room fireman and raising his son, Chris, as a single father. Taking his son and moving to another country was out of the question. In 1992, he married Carol, who had  al­ready raised her own three children. Over the years, she had taken many trips to different international conferences, even visiting her two daughters, Joni and Rhonda, and their respective families, missionaries in Budapest, Hungary, but had never thought she would live in another country outside of America long term.

But God began to stir Carol’s heart in this way in 2005, as she sat with her husband in missions’ classes at Maryland Bible College and Seminary. When she and Pastor George both turned 65, they retired and decided to move to Croatia where they lived for six years, ministering to young university students.

During that time, Pastor George’s son, Chris, an ordained pastor, had been working as a missionary in different parts of Africa. In 2012, Pastor Chris, along with his wife, Julie, and their two daughters, took a step of faith and moved to Malawi to start a church. The previous year, Pastor George and Carol visited them in Malawi and fell in love with the people there. They saw their genuine response to the Word of God and their need for a church and Bible school training. After they got home, Pastor Steven Scibelli, the GGWO Missions Director, suggested, “Why not go help your son in Malawi?”

Pastor George simply says that “God didn’t stop them.” All the details worked out, even down to their apartment in Malawi being furnished with a refrigerator, stove, and washing machine.

What started in Pastor George’s heart as a small seed so many years ago, he and his wife now live every day. Carol says about their new life, “It’s not a burden to be here. This has been one of the best years of our lives.”

Their days are full, as they love people: evangelizing on the streets, visiting church members, attending Bible college classes, and spending time with their two granddaughters, Callia and Poema. God has gone above and beyond what they could have ever dreamed.

impossible, love, malawi, seed, step of faith, the best years of our lives