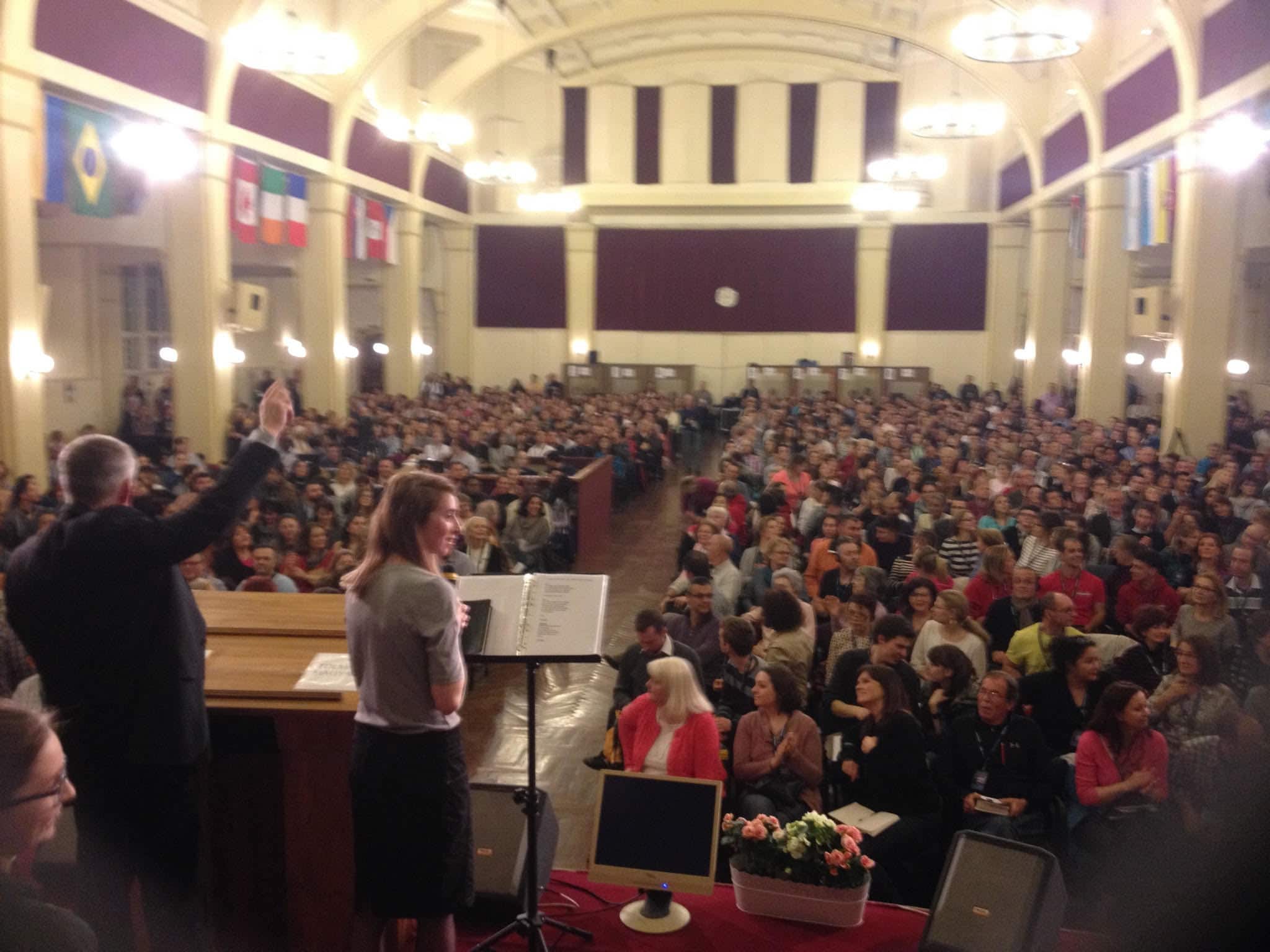 Who:  Sinners, Saints, Missionaries, and Preachers

Why:  A Time of Love

Esther 4:14 ends with an amazing question: “Who knows whether you are come to the kingdom for such a time as this?” After being back in the United States for almost two full weeks now, I find myself asking that question about our ministry’s time in Hungary.  Except I’m not asking it as a sincere question, but rather as an affirmation of God’s timing in the way that He works in us collectively and individually.

I’ve never been a part of something that was more united from the onset.  People from every part of the world were conversing, laughing, crying, and fellow-shipping over the Word of God.  When this happens, there is no doubt in my mind that anyone who was there, “came to the kingdom for such a time as this.”

The theme of the conference was theologically based on Ezekiel 16:8.  It’s a special verse inside a poignant chapter of the Bible.  It speaks particularly of God’s care for Israel during a time when no one else pitied the nation. It’s a great picture for the start of a believer’s relationship with God. He covers us and calls us his own.

On a personal level, I feel like I’ve heard and am still hearing so much about God’s love as an action towards me.  For instance, Pastor Dennis Hulett from Albania pointed out in Ezekiel 16:6 that when God passes by us and sees us polluted in our own blood, He tells us to “Live, live.”  To put it in a New Testament perspective, it’s like God is the Good Samaritan saving us from circumstances that put us in a ditch; Luke 10:30-35.

I also heard Pastor Boyce from England elaborate on the word “somewhat,” in Revelation 2:4 as it refers to the church of Ephesus leaving its first love.  He said something to the affect of ‘Love isn’t just another word on our checklist of concepts to live life by, it is the way we live.’  We can build our house on wisdom and understanding and we can fill its chambers with knowledge, but if we forget to start our building with a cornerstone of Christ, who is God (John 1:1), who is Love (1 John 4:8, 16), then the whole building is going to come crashing down around us.

Lastly, in a session with young adults, Pastor Westera (Baltimore) elaborated on the nitty-gritty side of love and its basis being in the principles that Christ teaches us as He went to the Cross.  He was submitted to those He loved (sinners everywhere through time); He expressed His love toward us in the act of all acts, laying down His life for ours; John 15:13; and despite our inherent ability to disappoint, much like the Jewish nation in the rest of Ezekiel 16, Jesus chooses to love us anyway; Romans 5:8, and God remembers his covenant with His chosen nation; Ezekiel 16:60.

I feel like there’s a lot more to say and to share, but let’s keep in mind one last thing.  With a God as loving and gracious as our God, we can always be living in a “Time of Love.”  When we’re caught up in sin, He tells us to boldly approach Him; Heb. 4:12.  When we’re ready to see wrong things made right, He says to love mercy (Micah 6:8).  And when we’re ready to react to our enemies insults and attacks, Christ says to feed them; Rom. 12:19.

Love is always a choice, and time here on earth is only a moment in heaven.  Let’s choose to take a heavenly moment and love someone today.       Mat Gehret