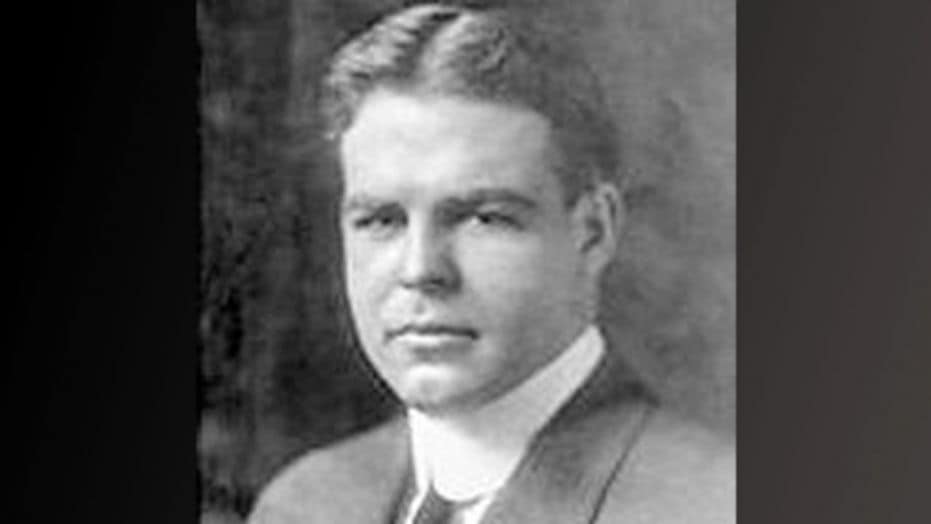 In the early 1900s, 16-year-old William Whiting Borden graduated from The Hill School in Pottstown, Pennsylvania – a prestigious boarding school known for sending its alumni to Princeton University. He was an heir to the Borden family mining fortune, and had a clear path to wealth and success set before him.

But before Borden began his Ivy League education at Yale University, his parents sent him on a yearlong trip around the world as a graduation present.

Earlier in his life, Borden had come to Christ through the great ministry of D.L. Moody. While traveling the world, something happened that no one expected. As Borden crisscrossed through Japan, India, Syria, Turkey and other countries, he was moved by the spiritual and physical needs of people around the world.

Borden wrote a letter to his parents and informed them he wanted to spend the remainder of his life as a missionary. Upon hearing the news, one of his friends remarked that becoming a missionary would be tantamount to throwing one’s life away.

Upon his return, Borden went on to Yale and graduated. He then studied and graduated from Princeton Theological Seminary. When his ministry preparation was completed, he boarded a ship to Asia to serve among Muslims in China’s Gansu province.

Along the way, he stopped in Cairo to learn Arabic and study Islam. In Egypt, Borden contracted spinal meningitis. Less than a month later, he was dead. He was only 25 years old.

When word of Borden’s death reached the U.S., the news made national headlines. One of his biographers described the impact of the news as “a wave of sorrow” that swept across the world.

Borden had walked away from his fortune to take the Gospel of Jesus to the nations of the world. Most regarded his death as a tragedy; however, God took the tragedy and did something far greater than Borden could ever do himself.

When young men and women read Borden’s story in the newspapers of America, it inspired them to leave all they had and give their lives to reach the nations with the Gospel of Jesus Christ.

It’s rumored that at key points in his life, Borden wrote a series of phrases in his Bible. While he struggled with his desire to become a missionary against his father’s heavy disapproval, he wrote: “No Reserves.”

Toward the end of his time in Yale, where he had started a Bible study attended by three-quarters of the school’s student population, he wrote: “No retreats.” And as he lay dying of spinal meningitis in Cairo, he wrote: “No regrets.”

At a surface level, his life and death may seem like an unfortunate mistake – some may even consider it a waste. But God had other plans.

God used Borden’s life and death to call thousands and thousands of young men and women to leave all they had and give their lives to reach the nations with the Gospel. God did greater things through Borden’s story than He may have ever done with his life in China.

We can all get in a mode of playing it safe in life. We tend to retreat from things that are hard or unpleasant. But when we look back over time at the opportunities we didn’t take, we often have many regrets. How will you live this week? I challenge you to live like William Borden: with no reserves, no retreats and no regrets.

Don’t hold back; don’t choose the easy path; and don’t live cautiously. Go forward in what God is leading you to do in life. Go forward with God. Live life to the fullest. And when this week is over, have no regrets.

You can learn more about William Borden’s incredible story in “Borden of Yale” by Mrs. Howard Taylor.