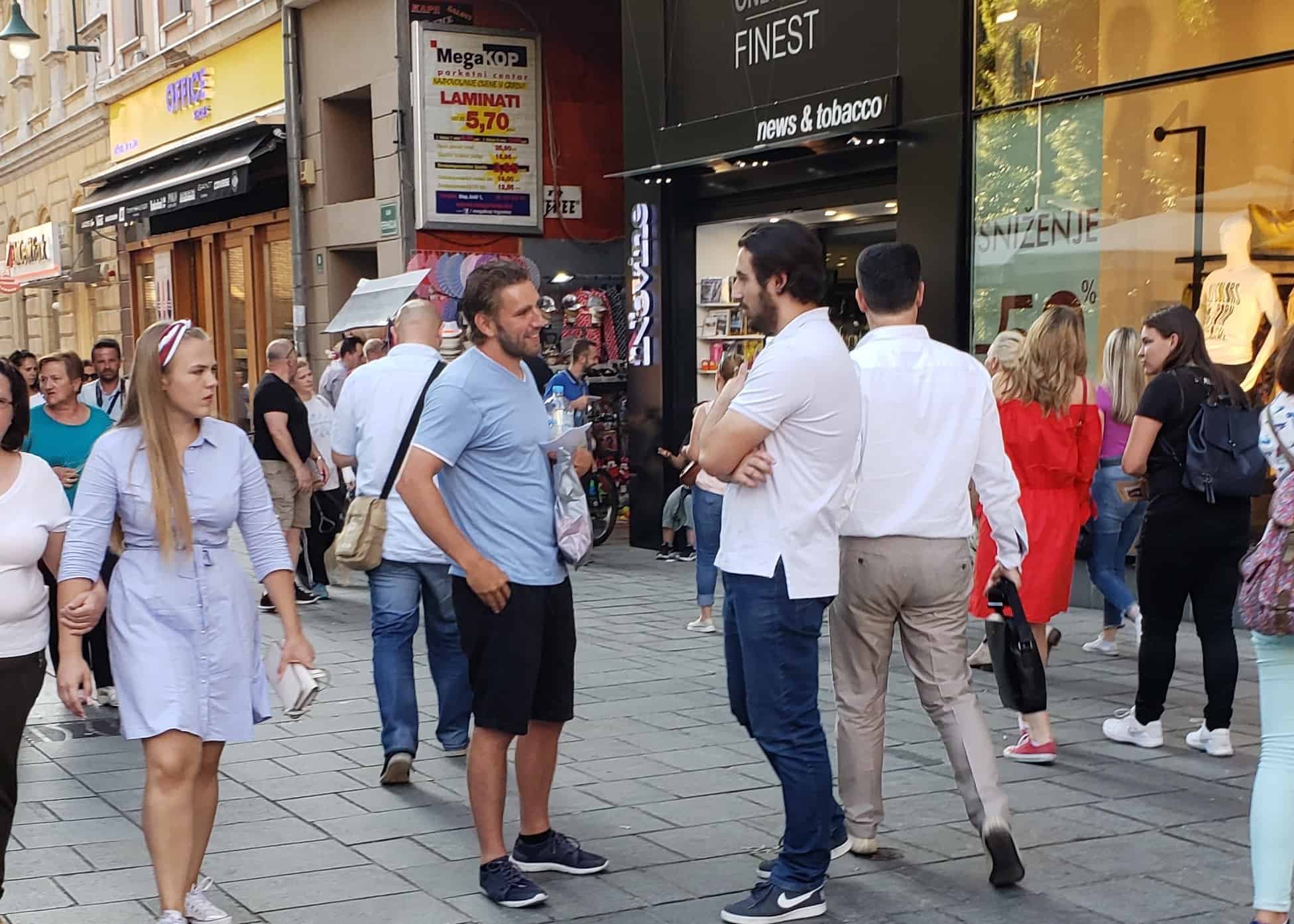 Each year the church in Albania plans a mission trip to one or more of the neighboring Balkan countries. This year Montenegro and Bosnia Herzegovina were chosen. Our church has done evangelistic trips to Montenegro’s capital, Podgorica, a few times, but this year we went to the Albanian speaking city of Ulcinj on the coast. Three missionaries from Baltimore, three from New York, and five from Albania joined us for one week of Balkan missions. ULCINJ is a favorite tourist location for Albanians, so we had no difficulty evangelizing using our church tracts and literature. We found that because of the Muslim culture, many Bosnians also vacation there. We focused on beach reach and street evangelism with good success. People were open, some received salvation and others that were very interested. We came away with 15 contacts.

Montenegro ranks 9th among countries with the lowest percentage of evangelicals at .05% as compiled by operationworld.org. There is nothing hindering the spread of the Gospel in this country. Please pray that a team will be raised up to reap a harvest in this country that is so ripe and waiting.

SARAJEVO is a city that took both my breath and heart away. My wife saw this the moment I returned. A city that bears so many scars from war and genocide as it struggled for its independence. Buildings are pockmarked by the bullet holes trying to stop the sniper fire aimed at anyone daring to enter the street. A city under siege for nearly four years from 1992-1996,

Bosnia/Herzegovina is still a nation divided as its name suggests. But the Gospel is the message that heals. We had a time like I have never witnessed before in evangelism. People so thankful for the kindness shown them by evangelists that had an anointing so powerful it was certain that God was in their midst insuring that His Words would be heard by the tongues of these laborers. 18 contacts in 2 days as well as many salvations.

Bosnia ranks 11th on that same list with .06% evangelicals.

Of the 12 countries that make up the Balkan peninsula, eight have an evangelical population with less than one-half of one percent. These countries are not at war, they are not persecuting Christians, they aren’t even third world by most standards. Please pray directly to the Lord of the harvest that He would send laborers.

If this newsletter has moved you to respond, please let me know, I will go also.     –Pastor Dennis Hulett