Mud That Made a Man See 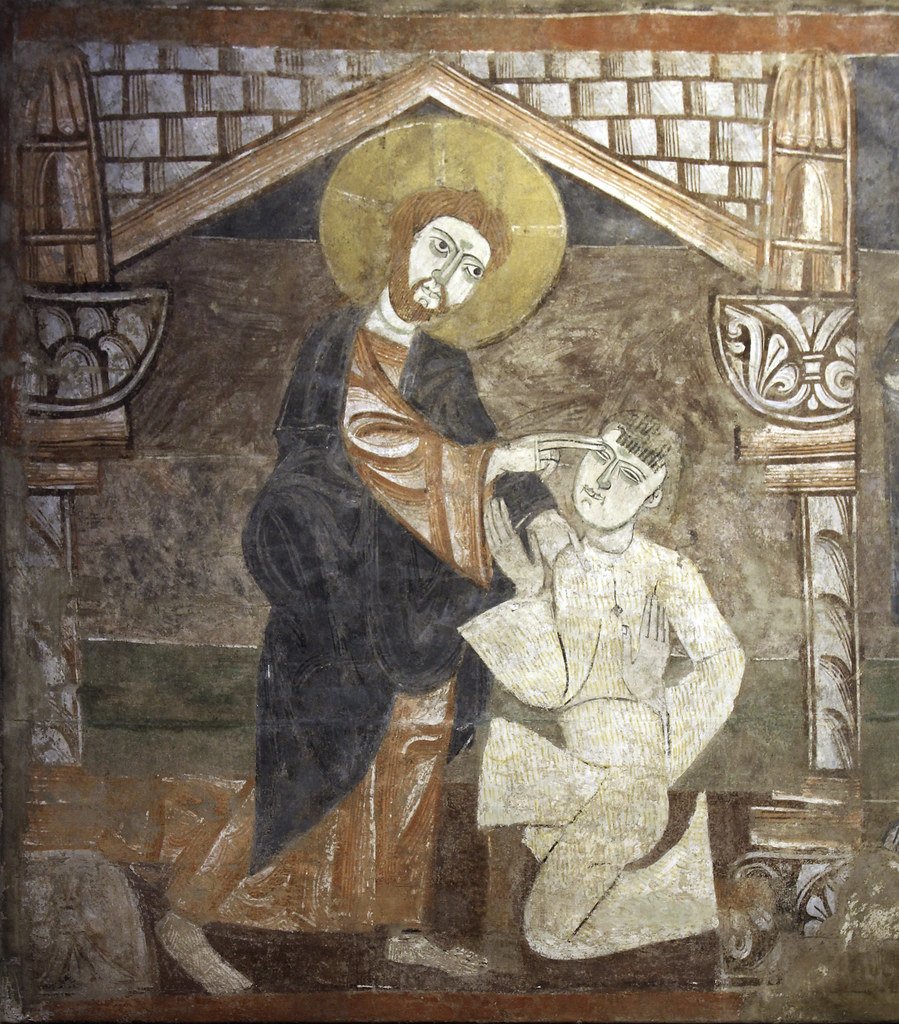 For a man near the Temple, the day started as every one of his days had started — in darkness. Born blind, he could recognize the sunrise only as he felt the warmth on his face. Never had he witnessed the dawn, the moment when light breaks over the horizon to mark a new day.

Jesus showed up, and Day broke for him at last.

Like most with debilitating conditions such as his, the man likely set himself near the place where people walked past to make their offerings to the Lord. Some showed mercy and pitched a coin or two toward him. Others rushed on by, avoiding him with their glances and gazes fixed away from him. And some taunted and mocked or, even worse, abused him.

Others looked on his condition and pondered over underlying reasons for his blindness. The disciples did just this as we read in John 9 of this day and this man.

Such a question was born from a heart attitude that God labels an “abomination.” We can read of the seven things that the Lord hates in Proverbs 6 and No. 1 on that list is “a proud look.” The question was a result of proud look at this man.

“These six things the Lord hates. Yes, seven are an abomination to Him:   A proud look, a lying tongue, hands that shed innocent blood, a heart that devises wicked plans, feet that are swift in running to evil, a false witness who speaks lies, and one who sows discord among brethren” (Proverbs 6:16-19).

The disciples merely communicated the common understanding, a widely held view that misfortune was somehow deserved. Such an affliction was seen as just desserts for wrongdoing. It is the same attitude reflected by Job’s friends in the speeches they made which blamed his calamities on his failures and on his refusal to recognize them. The real reason behind the trials of Job was invisible to Job and to his friends because they were supernatural; the trials involved Satan as the accuser and his challenge to God about faith that Job revealed.

Made to Glorify God

Jesus saw the blind man from the divine viewpoint. As a matter of fact, this man was who he was for the purpose of God in that moment. A demonstration of sovereignty and providence was about to be unveiled. The man was born blind, the Savior told His followers, so that “the works of God might be displayed in him” (John 9:3).

This response likely stirs some philosophical and moral consternation in some people, especially in those who question the reality of the Creator and His connection to our world.

“What manner of deity is this?” They presume about the Lord. A man was allowed to live in blindness so that Christ’s power could be manifested. This seems unfair and capricious. The reality that Jesus spoke here provides real fodder for skeptics and unbelievers to challenge the goodness of God. What kind of good God would let anyone or any family experience such a hardship, such darkness?

The Lord pays little mind to such accusations leveled against Him and His ways. The Almighty is not out to win a popularity contest. He seeks rather to drawn men and women to Himself and His salvation. He seeks to open eyes, blind, spiritual eyes to Him.

The Son came into the world so that those who do not see may see. This work of His is sometimes messy and misunderstood and much opposed. And still it goes on and on for it is real and eternal. Click To Tweet

God gifted human beings and angelic ones with freedom to seek Him and His glory or to seek their own glory.  He understood the risk in allowing such latitude in thought and action, and He’s grieved over the results brought about by the rebellion of Lucifer and the Fall of Man.

God, however, also chose to bear the responsibility and the consequences for the iniquity exhibited by the ones He formed in His image. This is the essence of Redemption.

God the Son came and lived in the corrupted and deceived world as Man. He died a criminal’s death for Man, though He did nothing unjust in thought or deed. And He rose from death to reveal that the wages of death and sin had been paid, by Him, once and for all. Now, any who call upon the Name of Jesus Christ is saved and delivered and in permanent possession of Life eternal. Salvation is the result of one choosing to have the eyes of his heart opened to see Him.

The blind man’s eyes were closed to the light until the Master made a mixture of spittle and mud and smeared it on them. The man did not ask for this ointment – it was a gift to him. Of course, he did not see this coming and he may even have been a bit confused in the activity of the moment.

All he had to do was go and wash his face. He did this. He followed Jesus’ instructions.

And he saw for the first time ever.

Some Refuse to See

Was this a day of rejoicing?  Yes, and no.

For this man, all was new and fresh and exciting. He circled through the crowd at hand and expressed joy as he matched faces to the voices he knew.

This big act of mercy, however, was lost on a number of people there that day. They remained blinded in heart and spirit to the work of the Son.

Some challenged the blind man’s identity. “I am the man!” He declared. “Jesus muddied my eyes, I washed, and now I see. Isn’t it wonderful?”

His parents were interrogated; questions were raised about the validity of his blindness. “Yes, this is our son. Yes, he was born blind. How he now sees, we do not know. Ask him about it. Only he can tell you.”

Jesus was slandered. “This man is not from God, for he does not keep the Sabbath.”

And there you have it. The good God does a good and marvelous thing and there are those who only allow the news to breed questions about Him.

Paul, the apostle, warned Timothy, a younger leader, of such people. There are proud ones, he wrote, who become ill-minded by “doting about questions and strifes of words, whereof comes envy, strife, railings, evil surmising” (see 1 Timothy 6:4).

The blind man soon found himself put out of the Temple, dismissed for celebrating the Son who had made him see. A miracle was not welcome in the place built for worship.

The Son came into the world so that those who do not see may see. This work of His is sometimes messy and misunderstood and much opposed. And still it goes on and on for it is real and eternal.

Those made to see the Light worship Him always.