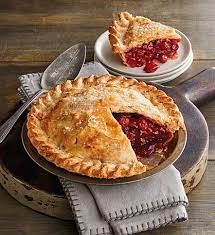 What does the word “portion” conjure up in your mind when you think of it? Your piece of the pie?  Your plate of food served at a formal event?  Your assigned allocation of an inheritance left in the will of a relative?  These are earthly images of what a portion could be.  But how about in the spiritual sense?  The Lord is “my Portion forever” (Psa. 73:26b} – i.e., I have no treasure that delights me more than Him (v.25), as the Hebrew explains).  This was the confession of so many in the Old Testament writers:  Jeremiah (Lam. 3:24);  Ezra (Psa. 119:57);  David, as mentioned above, and below:

He is my highly-valued possession to which I cling and upon Whom I set my affections. Click To Tweet

When I receive a portion of the apple pie, it’s mine to eat.  But I can’t have the whole pie for myself; it’s to be shared with others.  Spiritually speaking, however, I can say:  “The Lord [in His entirety] is my Portion in the land of the living”, meaning He is my highly-valued possession to which I cling and upon Whom I set my affections.  I have all that He is and has as my present and eternal possession.  Indeed, He is the portion of all His people (Num. 1:20;  Jer. 51:19).  “He Who did not withhold or spare … His own Son but gave Him up for us all, will He not also with Him freely … give us all [other] things?” (Rom. 8:32)  How is it then that we can so easily slip into discontentment?

“Set your minds [and affections] and keep them set on what is Above …, not on the things of the earth.” (Colossians 3:2)

Often we are discontent with our lives on earth because we are too much minding earthly things;  our portion shifts undetected into being the things of this temporal life,  things that ultimately prove empty of meaning and lasting satisfaction (Psa. 17:14,15).  “But God!”  and “Grace! Grace!” to this tendency!  We can simply respond to the nudging and correction of the Holy Spirit Who reminds us of God’s plea, indeed His imperative:  “Let your character … be free from … [… craving earthly possessions] and be satisfied with your present circumstances and with what you have;  for God Himself has said, I will not in any way fail you nor … leave you without support.  I will not, I will not, I will not, in any degree leave you helpless nor forsake you …” (Heb. 13:5, Ampl).  We have ALL that He is and ALL that He has! Is it not enough?  “Our sufficiency is of God” (II Cor. 3:5b), and we are “self-sufficient in Christ’s sufficiency.” (Phil.4:13b, Ampl)  with promises like these we can surely, by Grace, set our love, our thoughts, our affections on Him.  Indeed, His are set on us

Dead to earthly desires, alive to Christ as our Portion

It was only after Jacob distanced himself from all that was his portion or earth that he was available to embrace the Lord as his Portion. Click To Tweet

As was said of Jacob and Israel in Jeremiah 51:19 so it can be said of us:  “He is the Portion of Jacob, the Inheritance of Israel”, and for many hundreds of years He has been so, and will be till the end of the Millennium.  But we see in Genesis 32 that it was only after Jacob distanced himself from all that was his portion or earth that he was available to embrace the Lord as his Portion.  He had nothing left to cleave to, so he clung to the Lord and wrestled with Him until He blessed him – and bless him God did, as we see in chapter 33.  Now, we do this by faith.  We present our bodies as living sacrifices to the Lord (Rom.12:2);  we choose to set our affections and minds on things Above and not on earthly things (Col. 3:1,2;  Phil.3:19);  we count all things of our natural lives as loss that we might gain Christ (Phil.3:7,8), “forgetting what lies behind and straining forward to what lies ahead (v.13).  In other words, we are dead to earthly attachments but alive to the Lord as our Portion (Col.3:3);  we are crucified to the world and earthly portions and they are crucified to us (Gal.6:14), so that now for us to live is truly Christ (Phil.1:21).  Commenting on I Thessalonians 5:24 (“Faithful is He Who has called you Who also will do it”), Pastor Stevens wrote in one of his booklets:  “God can’t do it, until we are done!”  This could include being done with having our portion in this life, which results in emptiness (Psa.17:14).  God, in fact, couldn’t do the work He desired to do in and through the disciples until Pentecost, when He would fill them with the Holy Spirit and with resurrection power – i.e., when He becomes their Portion, their all in all.  “Only God in a man can live the Christian life.” , Pastor Stevens went on to say.  ” … crucified, buried, and resurrected with Christ.  Once we accept this truth, self-preservation ceases.  The Finished Work then is simply that the Cross took me out and put Christ in.”

We are His portion;  and we are His Bride.

We are not only His portion and His inheritance; we are His Bride - a more intimate status than being His portion. Click To Tweet

“The Lord’s portion is His people;  Jacob (Israel) is the lot of His inheritance.” (Deut.32:9)  “He will inherit Judah as His portion in the holy land …”  (Zechariah 2:12)  But we of the Church Age are not only His portion and His inheritance;  we are His Bride – a more intimate status than being His portion.  For as Eve came from the side of Adam, so we have been brought forth from the pierced side of our Savior, birthed and covered by His own precious Blood and the water of the Word.  We are His “chosen and assigned portion”, as we are His.

Mary clearly revealed that the Lord - His Person, His Presence, His Word - was her Portion. Click To Tweet

In Joshua 7, it is clear that a certain man named Achan was attached to early possessions – even that which God had expressly forbidden.  Likewise, in Acts 5, Ananias and Saphira were found to be trusting in and attached to their land, their money – i.e., things of the earth.  Their attachment was so strong that they dared to lie to the Holy Spirit.  All three of these people had their portion in this life, and “their god was their belly”, their fleshly desires;  and three lose their lives.  But there is another person in the Bible who clearly revealed that the Lord was her Portion –  His Person, His Presence, His Word.  Mary chose to rest at His feet and receive and embrace all that He was, all that He said, all that He had to offer her – and she was fully satisfied (Psa.17:15b).  Furthermore, her Portion would never be taken away from her (Luke 10:42).

As Mary did on earth, may we hear these words from His lips directed to us when we Him Face to face:

“[Mary] has chosen the good portion.”