‘Neither Do I Condemn You’ 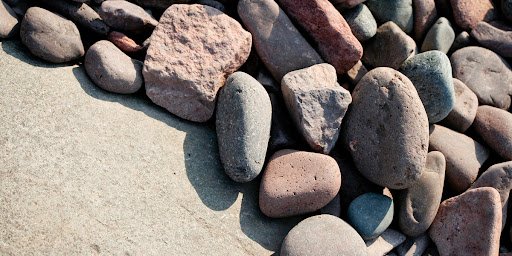 Cast at the feet of Jesus, she was alone and in trouble.  She was surrounded by accusers. She’d been caught, witnessed in the very act of adultery, they said. Stones were in their hands, ready to be cast at her. It was what the Law of Moses prescribed, so they argued.

They dragged her to Jesus. The mob wanted Him to render His verdict.

It was all a setup really. A plot had been hatched. The woman was a pawn in the game of those who sought to entrap the Son of God. She was seen as a worthless throwaway, her sin classified her as such in their minds. Still, she actually was caught up in it; she was in bondage to the rule of sin and death.

“…Master, this woman was taken in adultery, in the very act. Now Moses in the law commanded us, that such should be stoned: but what do You say?” (John 8:4-5).

Jesus refused to answer, at first. He stooped down and began to scribble something in the dirt. His silence prompted more and more protests.

He did stand, at last, and then gave a simple instruction: “…He who is without sin among you, let him cast the first stone at her.” It was Jesus speaking truth and justice as only He could and can. The woman’s sin was not excused by these words. Not at all. Rather, the statement served to expose the other desperately wicked hearts there that day.

Can you imagine them; ready to release their rage in vanity and violence? If we think a bit, we can sense the spirit of indignation and self-righteousness as these accusers tightly squeezed their stones of judgment. They itched to see someone get what was coming.

And then they heard the challenge of Jesus. :  “…He who is without sin among you, let him cast the first stone at her.”

Everyone froze, as I imagine it. Each one could visualize a stone aimed at his own head and heart. Listen as you think and hear the stones fall to the dust, dropped to the ground, as one by one the accusers stomp away from the scene.

The Savior knew the Law; He embodied every sentence of it. He also had made clear, with His Sermon on the Mount, the true penetrating issues of the Law. The heart’s thoughts of adultery, its thoughts of murder, its thoughts of mockery – all of these and others constitute violations of God’s order according to what Jesus taught (see Matthew, chapters 5-7).

When He and the woman were there by themselves, He did not dismiss the Law as it related to her. However, His mercy rejoiced against the judgment due at that moment. There were none righteous there, none but the One and this One spoke this way to her:  “Woman, where are they? Has no one condemned you?” She said, “No one, Lord.” And Jesus said, “Neither do I condemn you; go, and from now on sin no more” (John 8:10-12). He forgave her and then told her to forsake the bondage of sin she had put herself under.

It’s a big statement, an impossible statement. For we, every one of us, do know not what we are doing. It is not in us to do right. We need Him. We need the Holy Spirit to move us and to fill us with His presence.

'Go, and sin no more.' It’s a big statement, an impossible statement. For we, every one of us, do know not what we are doing. It is not in us to do right. We need Him. Click To Tweet

This bondage of sin is one of the points that is made later in this chapter of John’s gospel. Those in conflict with Jesus couldn’t grasp the truth of the Son and His power to bring freedom. They refused to see themselves as being bound by their sin and they refused to recognize Him for who He is, the One who saves from sin:  “If the Son therefore shall make you free, you shall be free indeed.”

How did it go with this woman? We aren’t given any more information about her. She was delivered at that moment. Those stones never touched her. Where did she go and what did she do after this? I choose to believe that she became one of His followers for He had made her free indeed.

Jesus made her free because He understood her predicament. Read on to the close of John 8. By the end of this passage, the Son will be the one that the accusers seek to destroy.

The confrontation between Jesus and the religious leaders on the attack escalated and reached something of a high point here. Christ spoke of His oneness with the Father. He spoke of truth and how it comes from Him and Him alone. They couldn’t understand this because they were captive to the deceiver. Jesus minced no words as He put His finger on their confederation with the devil, the father of their lies, and the murderer from the beginning.

When He finally  and definitively declared Himself to be the “I Am,” they could take no more. “Then took they up stones to cast at him: but Jesus hid himself, and went out of the temple, going through the midst of them, and so passed by” (John 8:59).

The whole story of the woman taken in adultery reaches its real conclusion right here. Jesus ultimately became the target of those who sought to throw stones. He made Himself into that target. It was the goal and fulfillment of the Lord’s plan of redemption.

“Neither do I condemn you.” Consider those words and how they must have sounded to the ears of one facing death, and a painfully harsh death, at that. It was Christ who absorbed all condemnation. He was wounded for our transgressions. He was bruised for our iniquities.

And because of this we can shout these verses:

“Go and sin no more.” What these words tell us is this:  Walk by the Spirit. Let Him lead you in all truth. Let Him push you forward in the faith.

Yes, there will be moments when we fail, times when we feel like we deserve to be buried under a pile of rocks. But the words of Jesus are still true:   “Neither do I condemn you” for He was condemned for us.

His broken body was laid behind a stone. And that stone was sealed so that it was never to move. But that stone was moved and the power of death was defeated.  The resurrection came and set us free from condemnation. Jesus made it possible for us to have life eternal.