“Oh, that My people would listen to Me …” 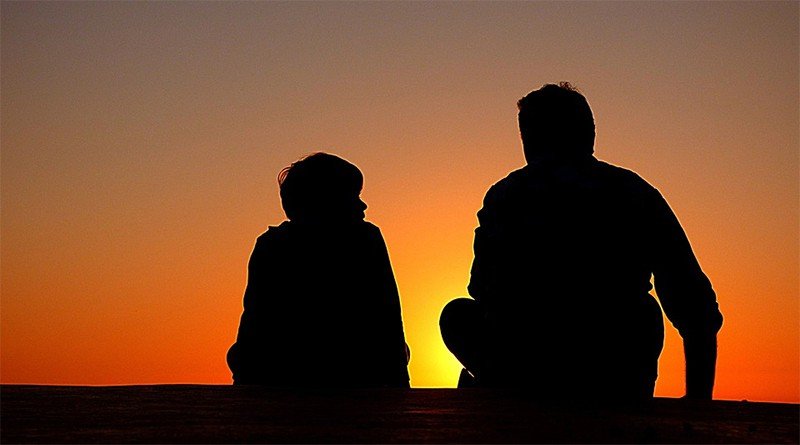 After 14 years in solitary confinement, Pastor Richard Wurmbrand was released and soon left his homeland of Romania and came to the States.  It wasn’t too long after his arrival and settling here that he pointed out to the readers of his writings that we Americans have a persistent, insidious, ever-intensifying form of persecution in this country that he had not experienced before:  NOISE and HURRIEDNESS.  Why is this observation significant and deserving of consideration?  And why is it so important for us to receive Grace to overcome this unrelenting form of persecution instead of passively accepting it as “Well, that’s just the way things are today!” ?   The enemy of our souls does not want us to “be still” because what follows is “and know that I am God” (Psalm 46:10a).

Often we read in the Old Testament the Lord urging His people to listen to Him, as in the verse cited above.  In Psalm 81, twice He pleads with them to listen to Him:  “Hear, O My people, and I will admonish you – O Israel, if you would listen to Me!” (verse 8).  And again in verse 13,  “Oh, that My people would listen to Me!”  This longing of God’s Heart reminds us of Jesus’ strong desire to have His disciples watch and pray with Him:  “What!  Are you so utterly  unable to stay awake and keep watch with Me for one hour?” (Matthew 26:40b).  It’s not that the Father and our Lord Jesus want something from us;  it’s that they long for relationship with us; silence before Him and listening to Him are necessary factors in developing that precious relationship, which we are so privileged to participate in.  Furthermore, the Lord tells us through Isaiah that “in returning to Me and resting in Me you shall be saved [delivered];  in quietness and in confidence shall be your strength” (Isaiah 30:15). We see many times in Psalms that David and other psalmists understood these principles, and we benefit from the results of their living in them.

“I will listen [with expectancy] to what God the Lord will say, for He will speak peace to His people …” (Psalm 85:8a)

When we are still enough to listen for and hear the Voice of God, we will see proof of the promise in Jeremiah 29:11 that all of His thoughts (and therefore it follows, His words) are always “thoughts and plans for welfare and peace and never for evil, to give you hope in your final outcome.”  Is it any wonder that the devil, the god of psychic noise and confusion, does not want us to hear the Voice of Him Who is our Peace and will always speak peace to us?!

David understood the importance of stillness before God:  “For God alone my soul waits in silence …” (Psalm 62:1a).  In fact he “commanded” his soul regarding this spiritual habit and skill:  “My soul,  wait only upon God and silently submit to Him…” (v.5)

As we continue to receive Grace to make a practice, a spiritual habit, of listening in silence before Him, we will find that even when we are surrounded with noise, activity, and even turbulence we will have the capacity to hear that “still, small Voice” (1 Kings 19:12).  In other words, what He has said to us and taught us in secret while alone with Him, we now have the ability to hear the Holy Spirit bring back to our remembrance (John 14:26) and,  if need be, utter it with our lips that another might be benefited.  Indeed, learning to sit in silence before Him and listen for His Voice not only protects us from getting derailed and hijacked by “strangers’ voices,” but it also develops intercession — “others, Lord, yes, others.”

“Come, My people, enter your chambers and shut your doors behind you;  hide yourselves for a little while…”  (Isaiah 26:20a)

God spoke to His people through Isaiah here much the way He did through Moses in Exodus 12:  to protect them from forthcoming calamity and death, He instructed them to hide themselves till a certain destruction had passed.  But in 2 Kings 4:33-35 we see another man of God entering a chamber, shutting the door behind him, and crying out to the Lord for a young boy who had died before he arrived on the scene. In  this beautiful, powerful story, we see the total identification of a living man with a dead child:  mouth on mouth, eyes on eyes, hands on hands.  And the boy was revived.  This was fruit of intercession which had come from shutting off distractions, standing before the Lord, listening with expectancy, to hear what God the Lord would say and how He would direct the man of God in this emergency.

How it behooves us to take to heart this desire of the Lord, that we “listen in silence before Him.”  Psalm 29 speaks of all that His Voice has done and can do, reminding us as well that it was this Voice, the Word of God Himself,  who spoke Creation into being!  As we sit before Him, alone, doors shut to noise and distractions, listening for Him to speak, we can expect to hear thoughts and words of peace:  words that are sent to heal and deliver (Psalm 107:20), words that will cut deeply into our souls and expose the thoughts and intentions of our hearts (Hebrews 4:12), words that will edify and minister Grace to us (Eph.4:29), words that will quicken us in spirit, soul, and body (Psalm 110:25).  We are of all people most privileged, through Grace, to have the possibility of living by every Word that proceeds from the Mouth of God (Matthew 4:4) and to have our faith strengthened by hearing His Words of Life (Romans 10:17), even moment by moment.

In 1 Kings 19:1-18, we read about Elijah who, after an astounding victory over 850 false prophets and before all of Israel in chapter 18, is running away from the wicked Jezebel who has threatened to end his life.  Along the journey, the depressed and dejected prophet is met by an angel who gives him food and water, after which he lays down again.  A second time the angel appears and urges him to take more food and water to sustain him for the journey ahead to Mount Horeb, where he lodges in a cave.  (We wonder what his thoughts were at this point!)  In verse 9, “the word of the Lord came to him, and He said to him, What are you doing here, Elijah?”  The fear-driven prophet then pours out his complaint to the Lord, who tells him to “Go out and stand on the mount before the Lord” (verse 11).  Elijah obeys, stands outside the cave (a place of natural security) before the Lord.  There came a strong wind, an earthquake, and a fire, but the Lord was not in any of them. Then after the fire Elijah heard “[a sound of gentle stillness and] a still, small voice.” (verse 12).  The Lord then addresses the prophet a second time with the same question:  “What are you doing here, Elijah?” (verse 13).  But this time, although his response was the same, Elijah now had a capacity to hear and obey the Voice of the Lord, who simply wanted and was waiting to lead him in the way that he should go.   An interesting correlation with Psalm 62:11 could be made here:  the still, small voice had come once, twice Elijah heard the question and certain instructions.  Before he stood alone before the Lord and consciously listened for, and heard the still, small voice, he was perhaps too noisy in his own thoughts and feelings, having no capacity to hear God’s Voice above his own and strangers’ voices.  But once he had “listened in silence before the Lord”, he clearly heard and was ready to obey the Divine directive given him.

“…whatever was … written in former days was written for our instruction…” (Romans 15:4a)

Let’s insert our own names in the triple salutation of the Lord to the earth in Jeremiah 22:29 – “O earth, earth, earth, hear the Word of the Lord!” – and receive Grace to follow the example of David,  the writer of Psalm 85,  Elijah, Isaiah,  and of so many others who learned to sit quietly and alone in the Presence of God,  listening with expectancy to what He will say;  He will always, in all situations, in response to every need, speak peace to His people.