Open Doors and the Revelation 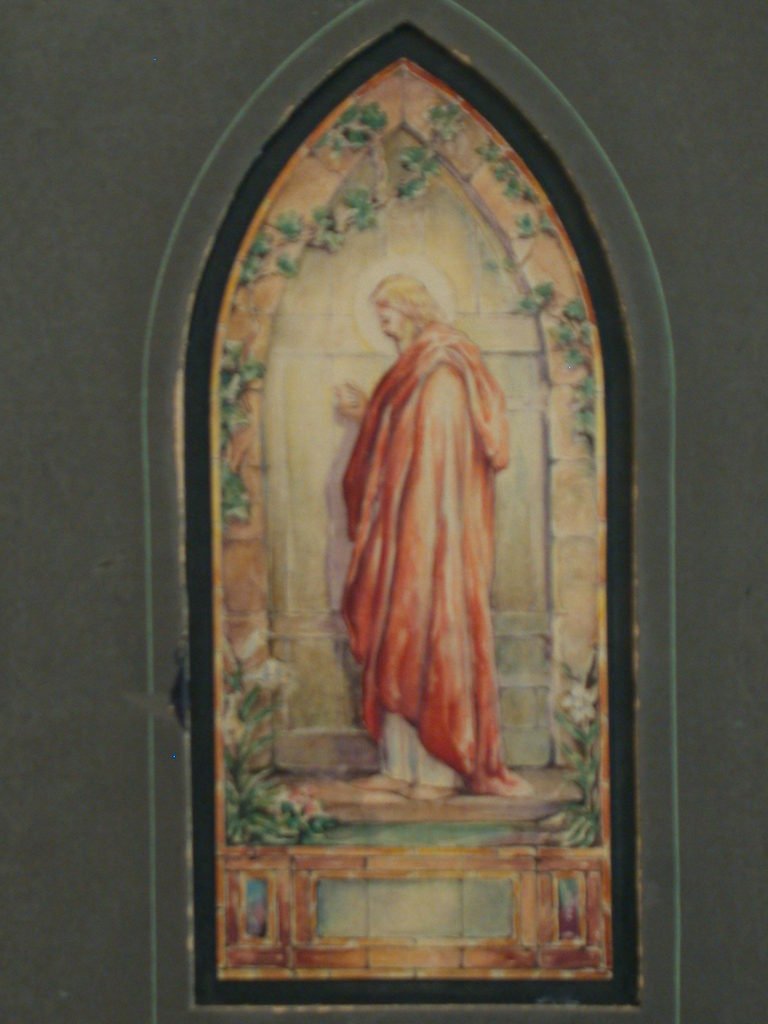 The book of Revelation intrigues us because of what it tells about the future for the earth, this place we call home. The imagery that the Apostle John provides in detail speaks to us about how things are viewed from above. We are given a variety of word pictures that describe eternal realities related to all things.

Immediately we are able to imagine the Throne, the Scroll, and the Lamb. These three things represent the government of God, the Word of God, and the Person of God. On the Throne, John saw someone seated: “And the one who sat there had the appearance of jasper and ruby. A rainbow that shone like an emerald encircled the throne” (see Revelation 4:3). The precious stones speak to the beauty of holiness and the manifold wisdom of the Lord, while the rainbow highlights the covenant nature of God, who hung His bow in the clouds after the great Flood. He showed Noah this sign in the sky and promised never again to judge the earth in such a manner.

The Scroll was sealed seven times. It also had writing on both sides, a strange and significant thing for ancient parchments which were not two-sided documents because of the ink used. “Who could read such a thing?” was the question asked by a mighty angel in John’s vision. And, at first, there was none found to do so. John wept over this. He understood the power of the Word. He knew that something significant was in the writings.

Enter the Person of God. Here, the Son is announced in the fullness of His being. He is introduced as the Lion of the tribe of Judah and the root of David, the triumphant One.  When John looked up, however, he saw the “Lamb, looking as if it had been slain” (see Revelation 5:6).  Praises were sung, as the Lamb was celebrated as worthy to unseal the Scroll, for with His Blood He “purchased for God persons from every tribe and language and people and nation” (Revelation 5:9).

And so the Lamb begins to open the Scroll. John proceeds to record what he witnesses in the progression of the revelation that is given to him. The pages unveil a series of things to come, here on earth and in Heaven. Turmoil and chaos shall come to this world. Above, there are to be prayers and songs and honor and praise.

Messages for the Churches

What John saw was not for him alone. He had very real audiences. These words were for them and for us, for all who have ears tuned to hear what the Spirit has to say.

With Revelation, it’s easy for us to put our focus on the passages related to the future. Even the disciples were looking for clues about what things would characterize the coming of the Day of the Lord.

Before John was shown the things to come, however, he was given particular messages for seven churches in the region of Asia Minor. These were real assemblies with pastors, leaders, and congregations. Each message was specific to the church. There were rebukes and commendations directed at these churches.

What John saw was not for him alone. He had very real audiences. These words were for them and for us, for all who have ears tuned to hear what the Spirit has to say. Click To Tweet

The assemblies commended were only two — Smyrna and Philadelphia. The first one was honored for standing fast in the midst of persecution. The other was commended for its persistence in the faith despite its weaknesses.

The remaining five churches were chastised for trends and compromises that infiltrated their ministries. Ephesus was critiqued for losing its fervor in love and for truth. At Pergamum, a pagan hotbed, there was in the assembly a growing conformity to the practices and atmosphere of the city. Thyatira, it seems, had problems with celebrity teachers and their false messages. As for the other two churches mentioned – Sardis and Laodicea – the former was rendered dead and the other comatose.

Jesus warned Sardis that its Christian façade would crash. He did encourage the remnant of “worthy” believers there to stand with Him and promised them that they would wear white and walk with Him.

This brings us to Laodicea, the lukewarm. The church was not dead, but it was dying a slow death in its casual, comfortable condition. Jesus sought to wake up this group that failed to see that it was “wretched, and miserable, and poor, and blind, and naked.”

These words – all of them – were words of love, even the harsh assessments, for we must remember God rebukes and chastens those He loves. He wanted the best for all of these churches and for everyone in those churches.

For this reason, Jesus declared this:  “Behold, I stand at the door, and knock:  if any man hear My voice, and open the door, I will come in to him, and will sup with him, and he with Me” (Revelation 3:20).

The Lord wants to come to our tables just as He came to the tables of Zaccheus the tax collector, Simon the Pharisee, and Martha, the busy hospitable one. He is at the door, waiting in patience for an answer.

He is knocking. Who will open up to Him?

To those who let Him in, there is something more — an opportunity to see what the Lord has prepared. For after taking down these messages for churches, John looked up to see that “a door was opened in Heaven. …” (Revelation 4:1).

Open to the Son, and He sits at your table. But above and beyond, there is a table set for you. Open to Him and you will learn of your place at the Marriage Supper of the Lamb.

Open to Him, and you will learn of all that He has waiting for you. As members of the Church, each of us is a part of His Bride. One day the Church herself will be shown as one perfect, spotless, glorious city – the New Jerusalem (see Revelation 21). She will come down to earth and be a place full of His presence. It will be place of no darkness, no sorrow, and no tears, a place of continual joy.

And New Jerusalem will be a place where the doors are always open:

“And the gates of it shall not be shut at all by day: for there shall be no night there” (Revelation 21:25).