Our Glory Is Not Our Own 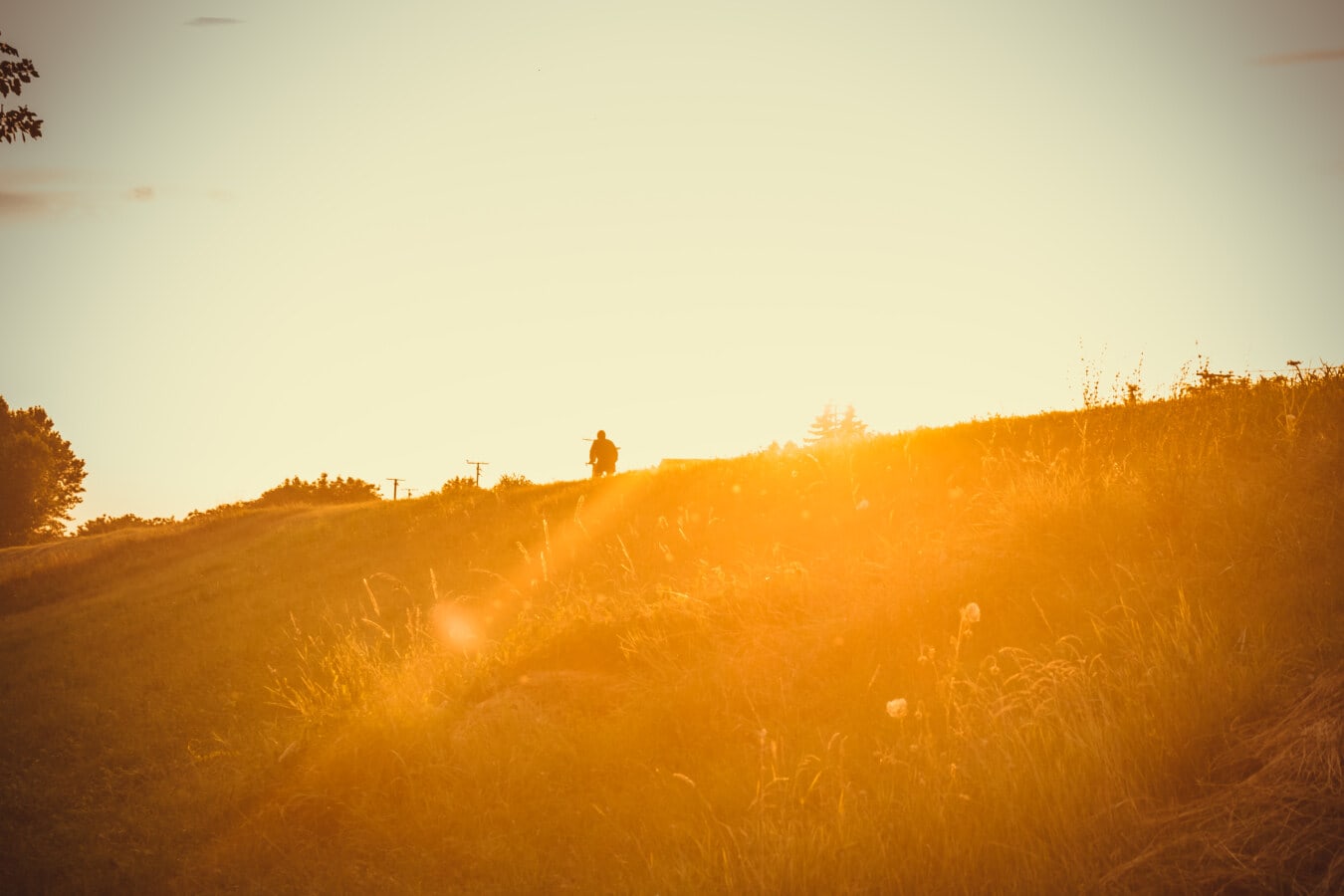 It wasn’t much of an entrance, by the world’s standards anyway. But then God never needs much to work with. A small corner of a small room in a small town provided the setting for the arrival of the Son of God.

Jesus was delivered by His mother, Mary, in Bethlehem, in a manger, in a space hollowed out for animals to sleep and to feed. With the carpenter Joseph watching and helping, and among oxen and lambs and some barnyard fowl, the Lord of Heaven came forth to begin His stay on earth.

The details have been spoken of over and over and over throughout the centuries. The telling of these things never grows old. Tinsel and glitter and parties and shopping extravaganzas serve to propound a faux brightness and a nervous tension in our midst. Joy lives on, however. Joy reigns. Joy bursts from the hearts of real believers with songs and prayers.

The Christmas story shines so brightly because it shows the glory of God as it is reflected by such common things. This is precisely the point about Creation and about man in particular.

Our glory is not our own. The glory we exude comes from Him. What God has made for His good pleasure are things that serve as a revelation of Him and of all that He is.

I think this is what makes us different from the angels. These beings that move among us possess glory that is a part of their equipment. They were given a shine, and it is a shine that is fitted and fixed. Angelic brightness does not grow in intensity. It is what it is.

Lucifer’s original title – light-bearer — referred to the brightness given to him. It was a mode for the service assigned to him, as he was situated near the throne of the Most High. His glory was a gift to him, but he came to view it as mark of superiority. For this reason, the devil initiated a rebellion that captivated a full third of the host (see Isaiah 14:12-15 and Ezekiel 28:13-18).

Satan fell into what he is because of his self-centeredness. He grew enamored with his glory and forsook the design of God for his office and status as an anointed cherub.

Angels were brought into existence according to the will of the Lord, and so were we. But they were not made in the image of God as we are. Also, the angels were not made “living souls” by the breath of God.

What does it mean to be made in His image? I believe it speaks of reflection and connection, union and communion. The Father, the Son, and the Spirit are Three Persons and One Lord, and as such, God is love. Love is about the things that are related and refreshed and reflected one to another.

The Persons of the Godhead are One and yet each is unique. It is such a marvelous mystery, a reality so far beyond comprehension that it may only be embraced. Click To Tweet

The essence of God in His Trinity understanding has always been about glory that is both shared and as well as distinct. The Persons of the Godhead are One and yet each is unique. It is such a marvelous mystery, a reality so far beyond comprehension that it may only be embraced.

Think of how Jesus prayed to the Father in John 17:  “Glorify Your Son that the Son may glorify You … Father, glorify Me in Your own presence with the glory that I had with You before the world existed” (John 17:1, 5). In John 16, Jesus spoke of the Spirit like this:  “He will glorify Me, for He will take what is mine and declare it to you” (John 16:4). And Jesus talked of His followers to the Father this way:  “All mine are Yours, and Yours are mine, and I am glorified in them” (John 17:10).

Glory, glory, glory in the Highest is what is being communicated by these passages.

Consider this:  when the Lord revealed Himself to Moses, it happened in a wilderness as this man watched over his father-in-law’s flock. Then, God showed up as fire in the midst of a bush. The glow of the glory did not reduce the bush to ashes. Instead, His Presence abided in His Creation and brought Moses near. His Presence consecrated the very ground upon which Moses walked.

Later, we read that Moses’ face absorbed the glory of the Lord as he sat before God. This was noticed by the people and they were afraid to face Moses because of his glow.

In the New Testament, we come to understand that glory has been given to us through the offering and ascension of the Lamb of God and the sending of the Holy Spirit. In Acts 2, cloven tongues of fire were seen upon the disciples in that upper room on Pentecost as the Spirit moved upon them.

Stephen spoke the Gospel and those who heard him said he possessed the face of an angel. The glory of the Lord shone from him because of the work of the Holy Spirit in him. The record of Luke in Acts 7 reveals that as he perished from the stones thrown at him, Stephen saw Christ as He stood in His place at the throne of grace.

Glory, Closer Than We Think

The glory of God is closer to us than we think. The Holy of Holies, the most hallowed place of Israel’s Tabernacle and Temple, was divided from the rest of the worship center. What was put between this glorious room and everything else?  A curtain – the separation was demarcated by a veil, one that had been stitched and fashioned by the people who worshipped the Lord.

The Holy of Holies’ curtain was decorated with two cherubim. This imagery pointed back to the Garden of Eden and the angels who guarded the way to the Tree of Life in the midst of the Presence in the Garden. Man’s fall put something between the Lord and His prized creatures, the ones He made in His image.

It wasn’t a wall of separation that was erected, however. The glory of the Lord was not locked up behind gates and bars and chains. It was not vaulted or sealed. It was veiled – His glory just inches beyond us. Between man and the glory lay just a curtain, just a woven tapestry; a creation of fabric was what kept the glory of God from human eyes.

Veiled was the sign of His Presence until the coming of the Son. When the Son completed His redemptive work, the Temple curtain was ripped from top to bottom.

Jesus came to reveal the salvation of God to all flesh (see Luke 3:6).  God the Son took on flesh, bone, and Blood. Fragile things of frail dust as they are, these in Christ still were subject to the ordinances of nature and the earth. His Body was and is a true Body. He grew weary. He ate food. He wept. He touched many – infants, lepers, blinded eyes, deadened ears.

Our flesh can be sliced with ease. We bleed readily. And so it was with Jesus.

The Son’s glory was deposited into our form, into our likeness. He hid Himself behind the fabric of humanity, our very humanity.

Jesus was born to be torn.

With the tearing of the Son on the Cross, the veil of the Presence of God was opened to everyone. Glory can flow to us and into us and through us. We who are born again in Him are now living temples of the His Spirit. We are free to be set aglow with the glory of God. We can have as much of Him as we want, as Paul wrote in 2 Corinthians:

“…When one turns to the Lord, the veil is removed. Now the Lord is the Spirit, and where the Spirit of the Lord is, there is freedom. And we all, with unveiled face, beholding the glory of the Lord, are being transformed into the same image from one degree of glory to another. For this comes from the Lord who is the Spirit” (2 Corinthians 3:15-18).

Let us rejoice for what He has made us to be. Though we are common, rough, imperfect works in progress, we still stand as reflectors of the glory of the Lord God Almighty.