Prayer: Start with ‘Our Father’ 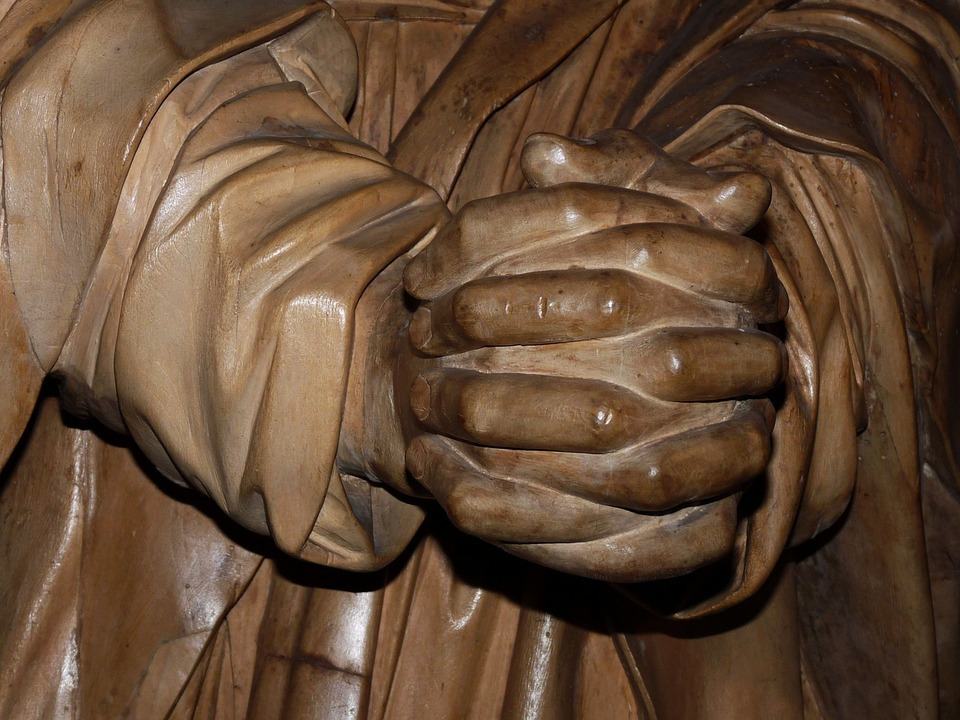 “Our Father” – these are the words Jesus gave as the starting point for prayer. The disciples had asked Him to teach them to pray, to teach them as John the Baptist had taught his followers. This was their request as described in Luke 11. It seems that they sought something of a system from Jesus. They wanted to know the proper way to approach God. They had been watching and listening to Jesus and, I am sure, they marveled at the way He addressed God.

We should not hold these early believers in contempt for wanting some form to follow and for making this request of Jesus. The world in the Apostles’ days was a tremendously religious one. The Roman Empire was dotted with shrines devoted to gods and goddesses. Each of these sites offered programs of worship and activities and even merchandise designed to elicit the favor of the one being worshiped.

Ephesus, for example, was a city devoted to the shrine of Diana, a goddess symbolized with many breasts and said to hold power over nature and fertility among other things. She was something of a Mother Nature. The preaching of the Gospel in the city prompted many to forsake her temple and the trade in trinkets that made Ephesian silversmiths wealthy. As a result, the guild of the smiths, led by one Demetrius, instigated a demonstration against Paul and his ministry of Christ. The subsequent riot forced Paul to depart from the city, as we read in Acts 19.

The Key is Relationship

“Our Father …” With these words, Jesus established that the way of true prayer is built upon relationship, not regiments and rudiments. Consider the personal and possessive pronoun “our” and what it indicates. This was really something of a revelation to the Apostles, even though they seemed to have missed the point at the time. He tried to make plain their connection to Him, as God the Son, and to God the Father through Him.

The Father who sent the Son is also their Father as well. Jesus would make this reality clear again following His resurrection when He sent Mary Magdalene from the empty tomb with this message: “…Go to my brethren, and say unto them, I ascend unto my Father, and your Father; and to my God, and your God” (John 20:17).

The knowledge of who we are in Christ makes all the difference in prayer. Click To Tweet

Notice, here the word “brethren” is used. Jesus, by His sacrifice at Calvary, made His believers one in Him. We are related in a “blood” relationship; we have each been washed in the Blood of the Lamb of God.

“Our Father …” Start with this, Jesus said. Think upon this truth. Consider the essence of the identity that we have in Him. The Father sent the Son to open the narrow way of salvation. It is now possible to fellowship fully and freely with the Father because of our place in the Son.

The knowledge of who we are in Christ makes all the difference in prayer.

“Let us therefore come boldly unto the throne of grace, that we may obtain mercy, and find grace to help in time of need.” These are the powerful words of Hebrews 4:16. They tell us that we are more than welcome to come before the Lord. To the words “Our Father,” we can add the words “come boldly.” Run to the place of grace and believe. Expect help and see the arms of God ready and open.

Come as a Child

Prayer, it is a call to relationship, to connection, to intimacy and to exchange. Processes and programs do little to bring us near to the Lord. All the myriad attempts to define prayer on theological and intellectual levels cloud the issue. They confuse the sense of what Jesus said with these words – “Our Father.”

We are His and He is ours. Come as a child, He said. A child cries for comfort when he is afraid of the dark. A child giggles and smiles as he makes a plea for candy, often saying “Please” and “Pretty please” to get his way. A child screams for help when the pain of a sharp splinter stabs at his heal and makes it hard to walk.

Come like this, Jesus said. Come before “Our Father.” He gives light and delight, comfort and healing. He warms us in winter and refreshes us in summer.

“Our Father …” Say it as you come to Him with seemingly impossible requests. Come boldly. Cry, “Abba,” as Jesus Himself did. He hears, He knows, He cares, He loves.

For more about prayer, watch “Four Words on the Spirit of Prayer,” a message preached by Thomas Schaller, pastor of Greater Grace Church in Baltimore.