Pride: The Beast Within 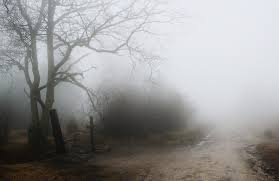 The Strange Case of Dr. Jekyll and Mr. Hyde is one of those horror stories that we may know a little bit about. It was written in 1886 by Robert Louis Stevenson, the author of Treasure Island as a matter of fact.

The crux of the novella revolves around the adventurous chemistry of Henry Jekyll. He practices what he called “transcendental medicine.” He becomes over-occupied in his pursuit of a concoction that would un-cage his carnality. He develops a formula that transforms him into Edward Hyde. One swallow and he assumes a lascivious persona which releases the doctor to careen down, down, down ever lower and lower into every sensual and profane path that his lust patterns open to him.

Every vain imagination that comes to Mr. Hyde, Mr. Hyde entertains without reservation or regret. With a second swig of the potion, Dr. Jekyll returns to his respectable, morally controlled self. But his being becomes overwhelmed by his dark side. Henry Jekyll soon discovers he cannot control the beast within him and it leads to murderous results.

Anyway, I’d rather not spoil the plot line for you, except to say that there’s a point in the story where Dr. Jekyll has managed to stage a couple of months of good deeds and proper behavior. He is charitable and fervent in making things better for people. He then sits down in a park and ponders these works of his. As he is thinking, Dr. Jekyll becomes most self-satisfied; he’s filled with a sense of pride in himself.

This episode alters the chemistry of the man right there. Mr. Hyde takes over, and he’s unleashed with a more ferocious spirit than ever.

What triggered this outrage? What set loose the monster Dr. Jekyll worked so diligently to contain?

The Root of Depravity

The proud look is the greatest abomination, so says Proverbs 6:16-19. It is what is at the root of human depravity. It is what releases the liar, the murderer, the mischievous, the contemptuous, the sower of discord in all of us.

We live in a world dominated by proud looks. We also live in world that attempts to manage carnality, very often with science and chemistry and entertainment. The right therapy, the right drug, the right equipment can serve as enablers for our destructive ways. We can do things to ourselves and to others and then attempt to erase the consequences by taking a pill or getting a procedure or just talking things out.

But the Mr. Hyde inside can only hibernate for so long. The root of pride bears fruit in contempt and arrogance.

I can really begin to feel this way:  I am better, I can do better, I deserve better. Such thoughts can corrupt every important relationship in our lives, especially the one between us and God.

This sense of personal superiority is precisely deconstructed in the Bible.

“There’s none righteous, no not one.” Paul wrote these words in Romans 3:10, citing Psalm 14. He also writes about the idea of “will” worship in the epistle to the Colossians. The feeding of the better side of our human natures seems like a good idea. It is upon this concept that popular political and psychological programs are founded. Thereby, mischief gets framed, bordered by laws and theories and conversations.

The heathen, eventually, do rage and the people imagine vain things, as Psalm 2 tells us. We are very good at inventing things that serve to soothe us somewhat; we craft things that can take the edge off.

There’s this faulty concept that human beings are basically good. Oh, he can do good, and he can do good without God, as some billboards advertise.

But pride rears its head and it pushes us out to the edge, to the very cliff of destruction. And the fall that comes after the setup is disastrous and tragic.

Look to the Cross

See the Cross of Calvary. Go to it with your mind’s eye just now.

It is there that Jesus was subjected to a brutal and gruesome execution contrived by civil and religious authorities. The violence done to the Son of God represented the end result of the power and ferocity of pride.

Since the Garden of Eden, people have embraced the idea that they can do without God, that they can live just fine while ignoring the One who made them. Nothing could be further from the truth.

The book of Job describes Leviathan, a dragon-like beast that lurks in the seas. God tells Job and us that this monster is not to be trifled with. None can hook Leviathan, and likewise none can manage the pride of life, the lust of the eyes, the appetites of the flesh (see 1 John 2:16).

There is hope though. We can bring all of who we are to Christ.

“Father, forgive them for they know not what they do. …” (Luke 23:34). Jesus said this from the Cross. It’s a word that invites us to come to Him. The weight of what and who we are, we cannot carry forever. It will sink us unless we bring all of it to Him.

There is rest in Jesus. Only in Him can we find comfort, the comfort that brings contentment. When we choose to allow Him to love us, we enter into the fear of the Lord, the reverence for the Almighty, and then He clothes us with His righteousness and true godliness.

Proud looks can go away. We can send them away. Eyes of compassion, His compassion, are thus formed in us. We weep with those who weep. We rejoice with joy unspeakable. We come to cling to a hope of glory that comes from above, from the throne of Heaven.

Gentleness with humility can become great in us. Our prayers, our thanksgivings, lead to peace that passes human understanding. Our hearts and minds become settled in Christ.

“Humble yourselves before the Lord, and he will lift you up” (James 4:10).