Remember the One True Man 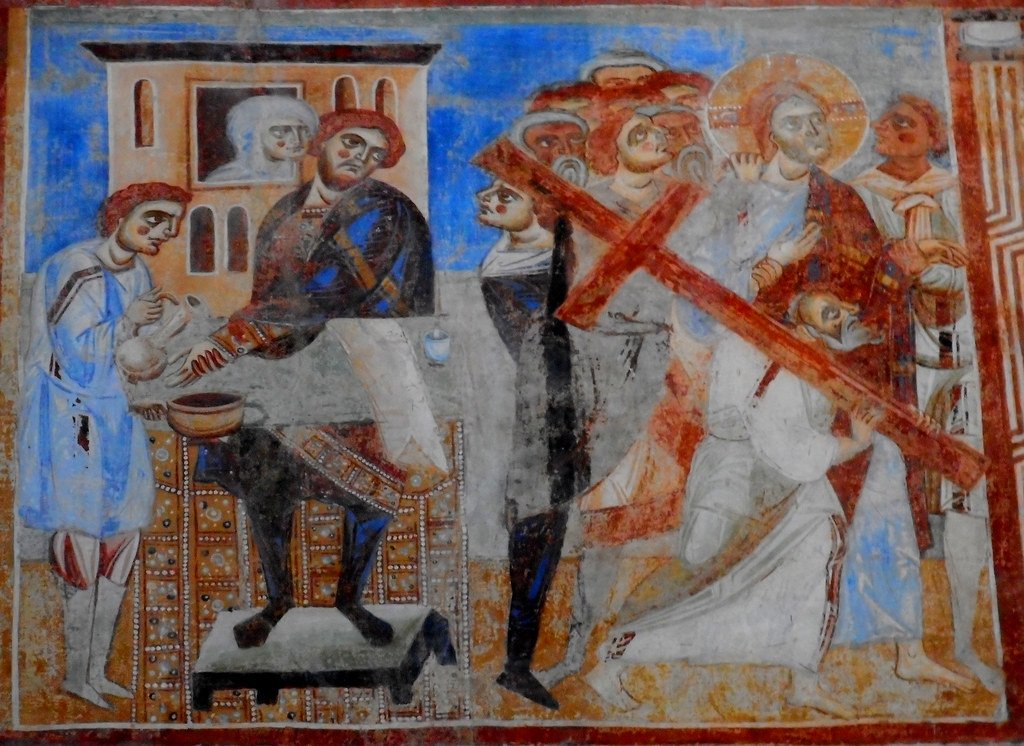 This past Sunday was a Communion Sunday at our church, the day each month when we follow Jesus’ instruction to “do this in remembrance of Me.” It’s an ordinance, a practice of the Church, one that takes us back to the beginnings, back to the days of the earliest believers in our Lord and Savior.

I have come to connect Communion with Psalm 116. In this song of confession, the writer declared this: “I said in my haste, All men are liars” (see Psalm 116:11).  He opened this psalm with “I love the Lord,” but he then elaborated on how he had become surrounded by death and the pains of hell. Afflictions unnerved him and the psalmist said something that he realized he should not have said.

It’s an easy trap to fall into. We become overwhelmed by the pressures that leave us feeling surrounded. We blurt out statements that are unwise. We sometimes can lose sight of the hope that we should be carrying high in our hearts.

He said what he said in a hurry. He did not pause to think of the promise of the Savior.

Yes, for sure, we live among many liars who bow before the father of lies. But there is something more.

The Son and the Truth

We also are aware that there did arrive on earth a Man who was no liar. There did come One who told the Truth and nothing but the Truth. He spoke this way even before a political and military boss such as Pontius Pilate.

This Roman leader imagined that he was the one in control of the situation related to the Son of Man, the true King of Israel. The Lord set him straight, first with His quietness and confidence, and next with His profound declarations about the nature of the Kingdom of Heaven and the realm of Truth.

This is the One we remember and celebrate at the Communion table. His Body is represented by the Bread. His Blood is symbolized by the Cup.

With all that’s going on in the world, with all the voices and communication streams at our disposal, we can get swept away. It is easy to understand how someone would utter things like “I don’t know who I can trust. … I don’t know who or what to believe anymore.”

Even Pontius Pilate revealed his cynicism in the face of Jesus, saying, “What is Truth?”

We, however, know what Truth is.

It is Christ Himself for He said, “I am the Way, the Truth and the Life” (John 14:6).  Hope in Him, this is what we possess. The love of God inhabits us. This is what the Holy Spirit sheds abroad in our hearts.

See What God has Done

Psalm 116 is one of a number of psalms that seem to feature an inner conversation going on inside the writer. “Return, O my soul, return to your rest; for the Lord has dealt bountifully with you” (Psalm 116:7).

We are to tell the Truth to our soul, that part of us that includes our mind, will, emotions, conscience, and self-consciousness. Disquiet and anxiousness can enter into us and stifle our function in faith.

Let us learn to speak Light when darkness tries to close in on us. One way is to lift up the cup of salvation. That is, let us continually consider the Blood of Jesus that washed all our sins away. May we offer our thanksgivings.

Yes, let us sing together: “Count your many blessings; name them one by one; count your blessings, see what the Lord has done.”

Where can we begin to see what the Lord has done? The Communion table is one place. We can view it as periodic reset for our spiritual lives. The taking and sharing of the bread reminds us of His Body as He went to the Cross and also our connection to His Present Body, the Church that’s alive, the Church against which the gates of hell cannot prevail. The Blood of the Cup tells of the covering of sin that He accomplished.

All of His promises are “Yes and Amen” (see 2 Corinthians 1:20). He alone is faithful and true.

And Jesus understands everything about what it means to be a human being. The pain and sorrow, the loneliness and heartache, the betrayal and denial – He felt all of these things. He alone with much justification could say, “All men are liars.” Lies touched Him. Lies sent Him to the Cross. Lies about His Person are still circulated about Him to this day.

But a lie never sprang from His lips, not a one. He was, in fact, the one true Man.

Praise God, there was One who came among us and who was all Truth all the time.