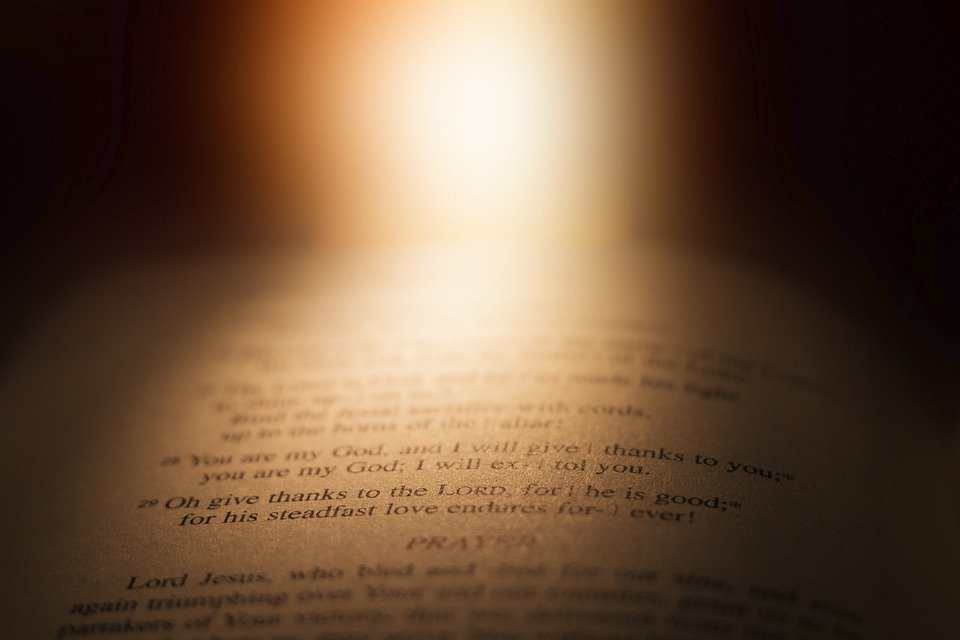 The pivotal point of the account of the raising of Lazarus in John 11 is Jesus’s words found in verses 25-26, “I am the resurrection and the life; he who believes in Me will live even if he dies, and everyone who lives and believes in Me will never die. Do you believe this?” What point was he trying to make? To understand, we must look at the Jewish mindset of His day to fully appreciate the points He was making.

First, there was a split between the Pharisees and Sadducees regarding the existence of the resurrection of believers and this is brought out in the confrontation of Jesus by the Sadducees and scribes in Luke 20:27-40. The question posed to Jesus had to do with who a believer would be married to in the resurrection if he had more than one wife during his life. Jesus answered that marriage is for this age, but not for the age of the resurrection. In Revelation 19:7-10, all new covenant believers will be married to Jesus at the Marriage Supper of the Lamb.

Most Jews of Jesus’s day believed in a bodily resurrection, but it was unclear what it looked like since there were few Scriptures to define it. In fact, Isaiah was one of the first to give any real definition in Isaiah 26:19: “Your dead will live; their corpses will rise. You who lie in the dust, awake and shout for joy, for your dew is as the dew of the dawn, and the earth will give birth to the departed spirits.” So much of the Old Testament references deal with Sheol, most often signifying the grave. Sheol has been wrongly translated as “hell”. According to William Barclay, “After death came the land of silence and of forgetfulness, where the shades of men were separated alike from men and from God.” Both Old Testament and New Testament Jews live their religious lives without a clear sense of the here-after and any potential rewards, but only life with God as His people. Jesus was teaching that the new covenant believer has an eternal future with Him if he would only believe and that death does not end with the grave (2Corinthians 5:8). But there is much more.

Love for Mary, Martha and Lazarus

The first thing we should note from the account is the quality of the relationship between Jesus, Mary, Martha, and Lazarus. In verse 5, “Now Jesus loved Martha and her sister and Lazarus”. The strong friendship between them was evident from this and the account from Luke 10:38-42, but Jesus was saying more since He used the Greek word “agape” for love, indicating God’s love which is more than friendship. This is the same love that God has for every one of his creation (John 3:16) and is the kind of love that motivates the believer to love others (1John 4:19). The new covenant believer’s future is secure because of this love.

The question comes up in this account why Jesus would stay away two extra days, a total of four days since Lazarus first became ill. In the Jewish mindset of the day, it was believed that the spirit of the man remained with him three days after death. Jesus waited until the fourth day to make it clear that this was going to be a true work of God, a miracle that could only be attributed to God, Himself. This is why Jesus says in verse 4, “This sickness is not to end in death, but for the glory of God, so that the Son of Man may be glorified by it”. Jesus was revealing His Messiahship! The resurrection of the body is a work of God.

The interactions with Martha and then Mary are also revealing. First, Martha challenged His lateness, that if He had been there on time, Lazarus would not have died. He assured Martha that Lazarus would rise from the dead, but Martha thought He was speaking of the resurrection of the dead on the last day. Later, Mary made the same statement to Jesus and He became deeply moved in spirit. Both women were confessing the same concerns and Jesus wanted them to understand that whether He was there or not, physical death was not the end. This principle is a lesson to all new covenant believers to be comforted with the expectation that all who are in Christ will be resurrected at the rapture, a future event that represents the beginning of the Second Coming of Christ.

“For this we say to you by the word of the Lord, that we who are alive and remain until the coming of the Lord, will not precede those who have fallen asleep. For the Lord Himself will descend from heaven with a shout, with the voice of the archangel and with the trumpet of God, and the dead in Christ will rise first. Then we who are alive and remain will be caught up [Greek –harpazo, Latin –  rapturo] together with them in the clouds to meet the Lord in the air, and so we shall always be with the Lord.”         1 Thessalonians 4:15-17

The rapture (Latin for “caught up”) of the church, the next major event on the church calendar, is something believers should look forward to. The raising of Lazarus speaks to this event as something on all new covenant believers’ calendar. When the trumpet sounds, the dead in Christ rise first, a bodily resurrection, followed by those who remain alive, being “caught up” together with the dead in the clouds to meet the Lord. Paul encourages the believers at Thessaloniki that they did not need to stop living and go to the mountaintops to wait for the Lord’s coming, but could continue living for the Lord, knowing that Jesus was coming back for each of them.  Jesus addressed this very issue in Matthew 24, defining the return of the Lord as a time when only the Father will know, and life will continue with “eating and drinking, marrying and giving in marriage”. Two men will be working in the field and the unregenerate one will be left (verse 40).

In Matthew 24:36-42, Jesus taught the disciples to be on the alert, be ready by living with an expectation, knowing it could happen at any time. This is healthy Christian living because it keeps focus on Him and not on the natural life, which will end for each without notice. In Titus 2:13-14, “looking for the blessed hope and the appearing of the glory of our great God and Savior, Christ Jesus, who gave Himself for us to redeem us from every lawless deed, and to purify for Himself a people for His own possession, zealous for good deeds”. Living with an expectation of His imminent coming produces a purity that ultimately leads to a desire for good deeds.

Not only was Jesus teaching of the bodily resurrection of every new covenant believer, but He was also referring to the quality of life that believers could have before death, in which Christians learn to live through the life of Christ. But how do we humans continue to live in our own fleshly bodies, yet live in the life of Christ? In Galatians 2:20, “I have been crucified with Christ; and it is no longer I who live, but Christ lives in me; and the life which I now live in the flesh I live by faith in the Son of God, who loved me and gave Himself up for me”. Faith in this verse references an active confidence in the saving work of Christ accomplished at Calvary. It means I am no longer living to earn anything from God since my faith in Jesus provides everything I need for life and godliness (2Peter 1:3). The practical reality of this is found in the principle of resurrection life.

He who hates his life will keep it

The resurrection of Lazarus in John 11 also speaks to a quality of life that a new covenant believer can have when he finds a new life in Christ. This happens only when he decides that his own life (i.e., personal interests, agendas, priorities) is no longer supreme and that the life of another becomes preeminent (Colossians 1:18). Jesus refers to death being the doorway to becoming fruitful, meaning new life is realized. When Jesus said in John 12:25, “He who loves his life loses it, and he who hates his life in this world will keep it to life eternal”, the oxymoron of this passage is that life is found when our life is devalued and the life of another is valued higher. This transition results in becoming a servant. A willingness to die to self means one is open to embrace the life and priorities of Jesus and set aside his own priorities. This is not much different than what one goes through who enters the American military system and must first learn that his opinions no longer matter since the orders of superiors matter most!

This principle is revealed in the Old Testament and a particular article placed within the ark of the covenant – Aaron’s rod which budded (Hebrews 9:4). God chose the rod that sprouted (see Numbers 17:5) because it produced life – the sprout, from death – the rod. This teaches us that when the believer chooses to die to his priorities and becomes the vessel of God, He brings life, abundant life, as signified by the blossoms and the ripe almonds (Numbers 17:8). Almonds are the first fruit tree of the season to blossom, usually in late January or early February, before the leaves appear, “so that the appearance of a tree in full bloom is striking” (The New Unger’s Bible Dictionary). When God does His work in and through man, it is unmistakably His work and it is glorious. “With its oblong oval shape sharpened at one end and rounded at the other, the almond nut is remarkably graceful. This naturally led to its selection for ornamental carved work; and it was the pattern selected for the bowls of the golden lampstand (Exodus 25:33-34; 37:19), symbolizing the speedy and powerful result of light.” Just as God chose the rod of Aaron because of its fruit, so the new covenant believer will walk in a fruitfulness which is derived from a willingness to surrender to His authority and will.

Death to the self-life

According to Romans 6, resurrection life also produces a higher quality of life since it provides the answer to the problem of sin and sin’s control over mankind. Walking in newness of life (verse 4) or resurrection life is the personal identification with Jesus’s death and resurrection. Verse 5 tells us that becoming united with Him in His death is the doorway to identification with his resurrection. Resurrection life is the very life of Christ living within each new covenant believer. When one considers (Greek word “logizomai”, meaning to reckon, to recognize as true) himself to be dead, it is death to the self-life, containing the sin nature and that death sets one free to live for God, since one is no longer trying to earn recognition or favor of self. Instead, walking in this newness of life is receiving the free gift of His righteousness and recognizing its value and priority.

Romans 5:17 teaches that the key to reigning in this life through Christ is learning how to receive (Greek word “lambano”, meaning to take or accept, to receive what is given) the abundance of grace and the gift of righteousness. Believers put their faith in the life and work of another and no longer need to work to gain acceptance, recognizing that the work of Christ is more than sufficient. This type of faith creates in each believer an ability to “see the glory of God”, as Jesus commended Mary and Martha in John 11:40.