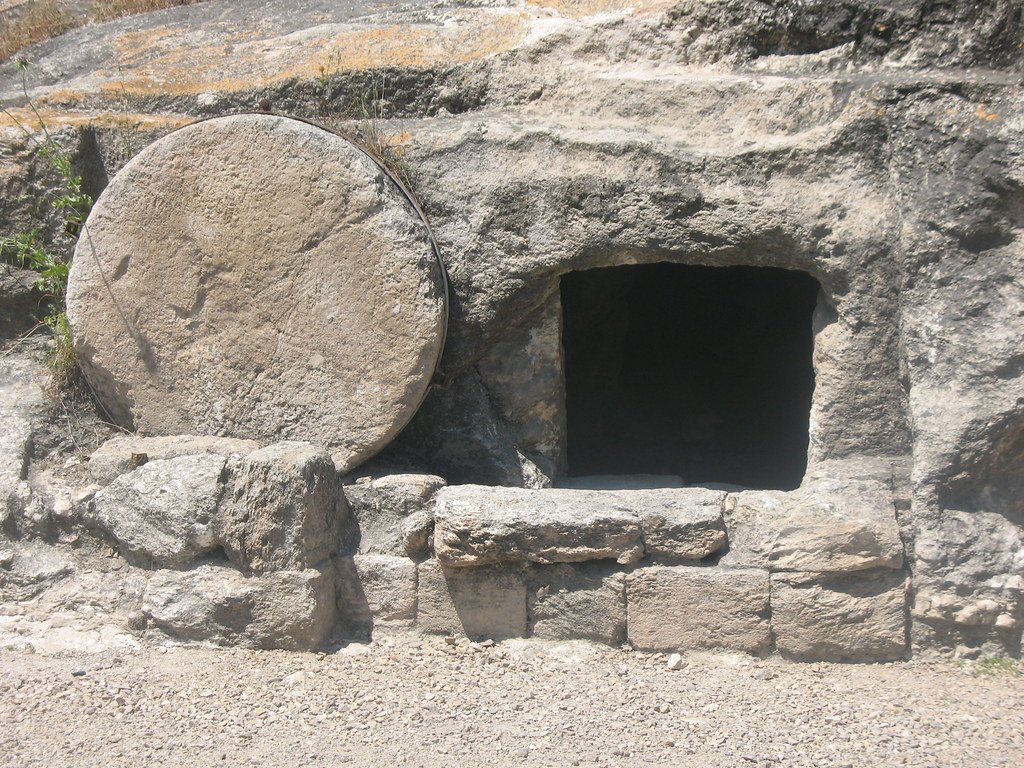 The stone was rolled away. The tomb lay open and gloriously empty. The angelic world knew it, as did the Roman detail assigned to guard the place. Soldiers had been posted, the sepulcher sealed. And yet Jesus could not be confined.

The women journeyed on the morning of the first day of the week with somber and sacred purpose. They carried the burial implements they would employ to make a cadaver more respectable.  The lifeless body of their Lord was hurriedly wrapped with spices, wound up in cloth, and put out of sight before the Sabbath arrived. His body required more attention and further treatment before it could be hidden away from them forever.

Weary and brokenhearted, these women realized that a great rock had been positioned before the opening of the tomb. This would be a major obstacle to their mission to render honor upon the Teacher. “Who will move the stone?” They wondered. The weight of this thing sunk them further into sorrow.

Still, they plodded on. It was dawn now and they refused to turn back. The life and love Jesus had brought to them was so precious, their memories of Him too wonderful. They had to do something. They sought just one more encounter with Him, even if it was only a small act of kindness performed on a dead body.

And then they saw it. The Tomb was open.  At first, they could only think the worst. They were terrified and angry that thieves may have come, for this burial garden was owned by Jerusalem’s wealthy ones. Or, perhaps soldiers, on orders from the religious leaders, had made sport with what was left of Him, which was not much at all.

Pilate ordered Jesus scourged. He was hammered with fists and brutally fitted with a crown of thorns. As a result, He appeared as a man-sized crimson stain upon the logs of dogwood at Golgotha. If not for the nails, it’s likely He would have collapsed to the dust, a heap of raw flesh and bone.

Thoughts of further indignities afflicted on this Man of Love ran through the minds of these women. They were frozen and stunned.

“Why do you seek the living among the dead?” These words came from a being brilliant in appearance. “He is not here, but has risen. Remember how he told you, while he was still in Galilee,  that the Son of Man must be delivered into the hands of sinful men and be crucified and on the third day rise.”

The words sounded too good to be true. They had to tell Peter, John, and the others. Alive, could He really be alive? They headed toward the city. Would anyone believe them? Did they really believe what they saw and heard?

And then there He was. Standing before them, Jesus, all glorified and whole, though still scarred from Calvary. These marks of His death identified Him in His resurrected form. The women fell to the ground, held His feet, and worshipped Him.

And then there He was. Standing before them, Jesus, all glorified and whole, though still scarred from Calvary. These marks of His death identified Him in His resurrected form. Click To Tweet

“Go; tell my brothers that they will see Me soon.”

Were their words received? No, not at all.

The disciples dismissed them as tales of women in anguish. But they would see and touch Him soon enough. They also would be sent to tell the story of Jesus and His resurrection. And they would find their words rejected as they rejected the words of the women.

Did they stop telling the story? They could not. The reality of what they had experienced was too much. They could not keep it to themselves.

Here we are centuries later. We repeat the record of the Gospels, especially during this season.

Witnesses told of what they saw and heard. Their reports are consistent but also variegated. One remembers this, another remembers that. The differences in the details are real and authentic. Harmonization and homogenization were not attempted.

The stories are allowed to speak as living words. Life and the stories told about life are ragged and messy and scatterbrained – the substance of circumstance, feeling, and faith.

These threads do get woven together, however. What we get is something of a quilt. The pieces of fabric are arranged to form a covering knit together tightly and securely.

This is the needlework of the Holy Spirit who was sent to guide those who believe into all Truth, a holy garment made to be wrapped around our cold hearts. Under this, we are warmed by the remembrance of Jesus and what He said and did; and we are encouraged in our hope of His coming again.