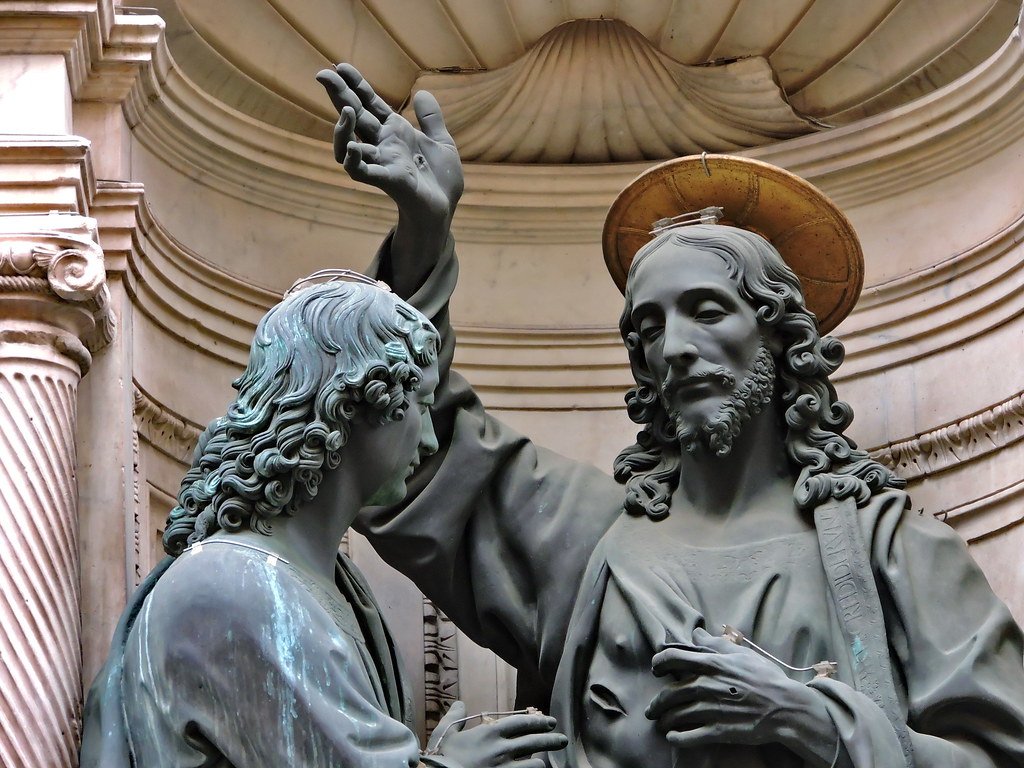 “These are written that you may believe that Jesus is the Christ, the Son of God, and that by believing you may have life in His Name” (John 20:31).

John the Apostle gave us the story of Jesus as he saw it and heard it. He said that he could have written so much more. The other gospels – Matthew, Mark, and Luke – were already circulating through the Christian communities by the time John got around to telling his version of the events. The timing of this gospel was likely the 90s of the first century, so this Apostle, the only one alive at the time, chose to tell things in his own way from the vantage point of “the disciple whom Jesus loved” (John 20:2).

I am grateful to John for giving us so many of the words of Jesus. More than 65 percent of John features sayings from the Savior. This means that the Apostle wrote in such a way so as to let the Son tell us about Himself.

In John 20, we read about Resurrection Day. Here, John had to devote his focus on the important details of that original Easter Sunday. And as a result we have fewer words from Jesus in these passages.

Oh, what words we do have here!

The Sound of Her Name

The disciples had spent an agonizing and sleepless Sabbath after the body of their Master was taken from the Cross, wrapped in linen, and laid in the tomb. The stone was rolled in place. It was sealed by the Roman authorities. A crew of centurions got orders to watch over the dead Son for He had said:

“The Son of Man is being betrayed into the hands of men, and they will kill Him. And after He is killed, He will rise the third day” (Mark 9:31).

The third day dawned, and Mary Magdalene came to find the stone moved and her Lord gone. She ran to fetch Peter and John. These two raced to the tomb and found it as she had said.

Both men were baffled and fearful. Even though they had heard Jesus speak of His rising, they remained mystified. And rather than stay and rejoice – or just stay and investigate the scene – Peter and John went home, leaving Mary there alone.

Perhaps, Peter and John dashed home as fast they could to make arrangements for their escape. They could have been preparing to run away from Jerusalem, as a couple of disciples would do, according the account found in Luke 24. For certain the disappearance of Christ’s body was going to become a cause célèbre, and all connected to Jesus were going to be marked ones.

Mary couldn’t leave, however. She wept as she surveyed the empty tomb. Angels were there and asked of the reason for her tears. “They have taken away my Lord, and I don’t know where He is,” she told them and turned away.

Just then there was Another standing before her; He was the gardener she presumed.

There was once another Garden and another woman, the only woman actually. That woman heard the whispers of deception and slander. She listened and because she did, she fell for the lie and soon she wept in shame and hid away in fear.

“Woman, why are you weeping? Whom are you seeking?” This One said to Mary. She begged Him for her Master’s corpse. She wanted to see Jesus once more, even if He was lifeless as she thought He was. She spun from Him and sobbed out her heartbreak

So came to her ears the sound of her name, in a Voice that spoke to her pain.

Spoken by the Voice she knew so well. Those bitter tears of ache and loss were transformed into ones of joy and wonder.

She shouted as she reached to hold Him tight. This tender encounter with this woman once haunted and controlled by demons was the first sign demonstrated by the Firstborn from the Dead.

Like John, she was a disciple who saw herself as much beloved. Her deep love brought her to the tomb site by first light that morning. A woman, this woman, would receive the first words from resurrected lips.

Jesus had places to be and things to do; He had to get her to let go, so He could get going. He did, however, give her a significant message to share:  “Go to My brothers and say to them, ‘I am ascending to my Father and your Father, to my God and your God’” (John 20:17).

Tell them, Mary did. And all through that day she also testified – “I have seen the Lord.”

Have Peace and Believe

For their part, the disciples remained on lockdown and mired in disbelief of Mary and her report. The news from the tomb traveled about. Any sound of footsteps struck terror in these shut-ins. They feared for their lives. They took no chances. Doors were bolted tight. Windows were closed.

“Peace be with you.”

Jesus spoke, with His scarred hands held out and His wounded side made to be seen. He who was hung on the execution tree of Rome only days earlier stood before them.

Can you see them there? Stunned and silent, the mouths open with no power to utter even a sound. Mary had to be beaming as the reality of His Presence confirmed what she had been telling them all along.

“Peace be with you. As the Father has sent Me, even so I am sending you.”

The Savior once dead, was now alive – just as He told them He would be. Joy filled that room as He breathed out a word of promise upon them:

One of them was absent from this amazing scene. Thomas missed it.

“We have seen the Lord,” the disciples said. To be fair, Thomas reacted as the others had reacted when Mary said that she saw Jesus.

Thomas said he had to have more to go on. His unbelief needed help. He had to touch the hands and the side of the Savior. That was the kind of proof he needed.

Jesus gave this gift to Thomas.

“Peace be with you.”

This greeting was sounded out again into the room locked tight. Eight days had come and gone. This time Thomas was present. The Son showed Himself and went straight to the doubter and bid Thomas to feel His scars.

“Do not disbelieve, but believe.”

Thomas dropped to his knees. He worshipped Jesus with a loud shout:  “My Lord and my God!”

Jesus chided this follower gently:  “Have you believed because you have seen Me? Blessed are those who have not seen and yet have believed” (John 20:29).

That last sentence refers to us, of course. We have not seen Him in the flesh, but we read the words about Him as the Word made flesh – words that carry sacredness because of what they do in us. These words have changed people just like us down through the ages.

The Savior meets us where we are, just as we are. And it is comforting to read that those who were so close to Him -- close enough to touch His wounded and scarred skin -- were sad and frightened and skeptical as we sometimes are. Click To Tweet

The Savior meets us where we are, just as we are. And it is comforting to read that those who were so close to Him — close enough to touch His wounded and scarred skin — were sad and frightened and skeptical as we sometimes are.

For every one of them and for every one of us, He has words of life and healing. He knows us and calls us. We hear words of forgiveness and hope, and we hide them in our hearts.

We believe and we have life in His Name – Jesus Christ, the Son of the Living God. We are His brothers and sisters, made one with Him and in Him, living before our Father and our God.

Peace be with us.