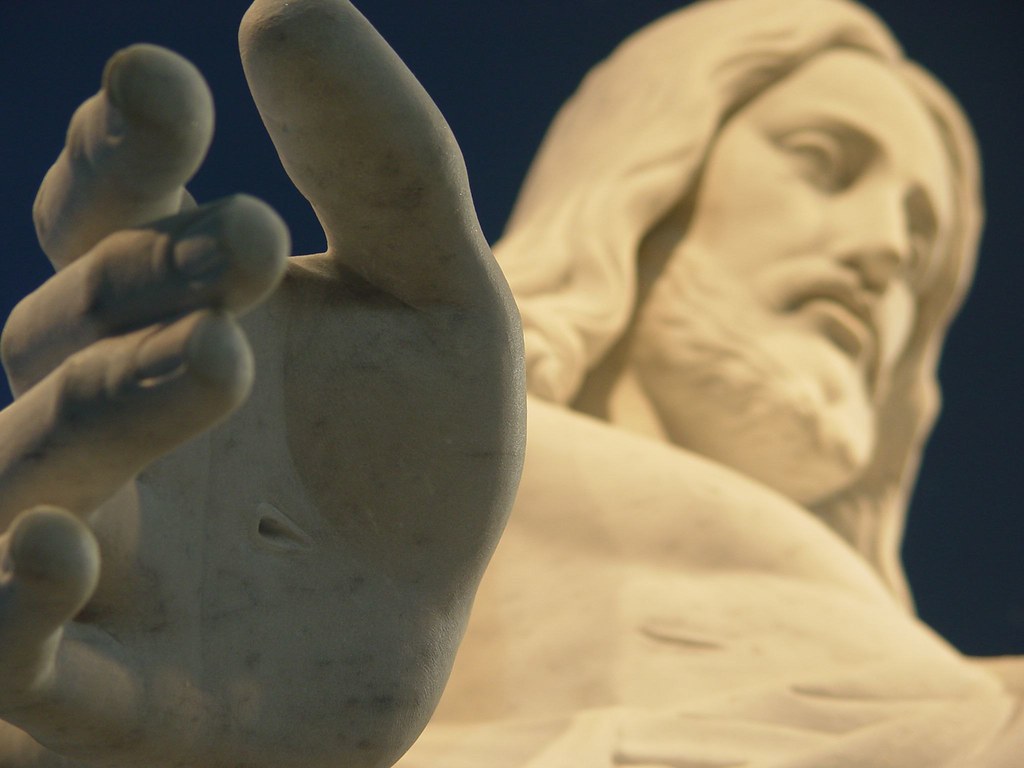 In the last few months, I found myself lost in a whirlwind of thoughts and emotions. Like almost everyone around the globe, COVID-19 brought in some strange, uncomfortable circumstances. It was difficult to stay grounded. While being plagued by an onslaught of digital chatter and drowned in a cocktail of worldly wisdom, I found myself grasping for pillar doctrines that had comforted me once before. But they seemed to have slipped out of my hands and dissipated into the air. Where lies the truth? Where lies the supply that I am so desperately in need of?

The gospels. Four books that walk together, yet separately. Many people claim that they are difficult because they are sometimes contradicting themselves. But I now see the rhyme and reason behind them. They were meant to stir things up. They were meant to show us love. Not the trump card “love” that we often pull out on each other, or the love that the world claims to have. It is the perfect, agape love of Jesus.

Jesus walked the earth looking for people. He was searching for people whose lives he would stir up, flip around, break up. From the Judaean Desert to Galilee, He traveled during His three years of ministry. And one by one, the motley crew was formed: Simon and his brother Andrew; James and his brother John; Philip and Bartholomew; Thomas and Matthew the tax collector; James, Thaddaeus; Zealot Judas Iscariot. And then, there were all the other strange people that followed them around. These people were not worthy of His calling nor were they really all that special. They just followed.

Touched by ‘The Chosen’

A few weeks ago, I started to watch the independent series, The Chosen. Honestly, at first, I was thinking, just another series about Jesus and did not really pay much attention. But it was the timing and the way the project was brought about recently, that caught my attention. So, I investigated the series and was pleased to see the director interacting with fans as they brought the series in daily onto YouTube for free. During this time, many people were in their homes, with time on their hands to watch and interact. Anyways, without trying to write a review or promoting the series, I wanted to say it touched me during this season. I saw Jesus.

Now, the lawgivers and religious zealots that seemed to troll around Jesus were mistaken as well. There knowledgeable, educated brains could not handle who He was. (Luke 22) “If you are the Christ, tell us!” they said, towards the end of His life. No. Jesus did not want to satisfy their earthly desires. In fact, He could not. He was life, He was resurrection, He was love. Sadly, they missed the presence of the King.

This is why I find myself during this time wanting to be close to Jesus. When it comes down to it, I must be part of Him shaking things up. What do I find when it is all broken and shaken? At the very core of who He is? I find love. Without going through this, I will not even begin to understand love. I might have an idea of it, but I will not understand it. I might try to attempt to love someone, but I will not fully love them. I need to be close to Jesus.

At the beginning of my walk with God, I had some awkward moments. There were a few times I would see my selfishness and how ugly it was. I would look to Him and say, “you love this?” He would then say, “no, I love YOU.” Then I would, with a little skepticism, continue walking on. This kept happening. I would walk, stop, sometimes with tears in my eyes and after doing something stupid, look up and ask, “you love THIS”?  He would just, then again, look over with gentleness in His eyes and say, “no, I love YOU”. It was not until later I realized that the whole time, He was not even looking at me. He was looking at the other person beside me, Jesus.

So, after all is theorized, opinionized, rationalized, there is still one simple duty for me: Be close to Jesus. Follow Him. And after that, I can be glad to be part of His revolution and the change that He will bring about. When the papers of articles flap around in the wind and whispers of the criticism fly past my ears and the wind of the world tries to take me down, I will stay close to Jesus. This is what will ground me, what will keep me stable. Because with Him, there is no shame.