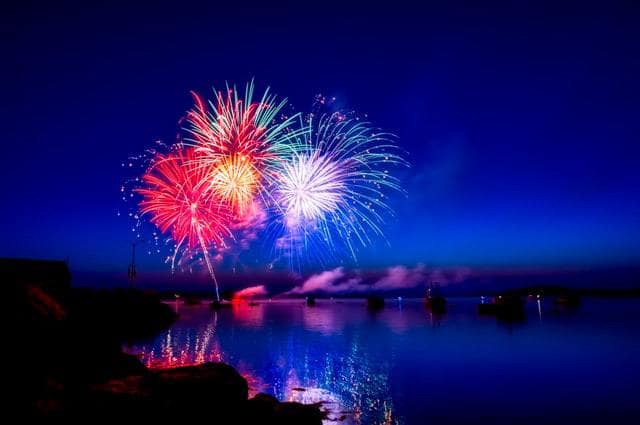 And I saw in the right hand of him that sat on the throne a book written within and on the backside, sealed with seven seals…”

“And when he had opened the seventh seal, (of the book), there was silence in heaven about the space of half an hour…”

“…Then the angel took the censer, filled it with fire from the altar, and flung it to the earth, and there followed peals of thunder with its rumblings, flashes of lightning, and an earthquake.””And the seven angels with the seven trumpets prepared to blow them. The first one blew his trumpet, and there was a shower of hail and fire mixed with blood as it hurled itself upon the earth, and one-third of the earth was burned up, and all the green grass was burned up.”  Revelation 8:1 and 5-7

A commentator, [DeBurgh], remarks, “The book appears … to be:

“the title-deed of man’s inheritance redeemed by Christ,”

“…and contains the successive steps by which He shall recover it from its usurper — and obtain actual possession of the kingdom already “purchased” for Himself and His elect saints.” As the seals of the book open in sequence, two things are happening:

So, this awakens a thought in us: if a believer must love his enemies, bless those that curse him, do good to those who despitefully use him, how does this jive with praying for vengeance?

Answer, “we wrestle not with flesh and blood but with principalities and powers…” 2 Corinthians 10

But Jesus said, “…I say unto you, that ye resist not evil: but whosoever shall smite thee on thy right cheek, turn to him the other also.”

Key: James 4:7  “Submit yourselves therefore to God. Resist the devil, and he will flee from you. Thankfully Our Fathers battled against anti-freedom, and under God’s authority, resisted the devil. In “The Story of American Freedom” by Eric Foner,

Citing the American Revolution, he writes, “One common definition in British North America defined freedom less as a political or social status than as a spiritual condition. In the ancient world, lack of self-control was understood as a form of slavery, the antithesis of the free life. “Show me a man who isn’t a slave,” wrote Seneca. “One is a slave to sex, another to money, another to ambition.” This understanding of freedom as submission to a moral code was central to the Christian cosmology that suffused the world view of the early colonists. Wherever it flourished, Christianity enshrined the idea of liberation, but as a spiritual condition rather than a worldly one. Since the Fall, man had been prone to succumb to his lusts and passions. Freedom meant abandoning this life of sin to embrace the teachings of Christ. “Where the Spirit of the Lord is,” declares the New Testament, “there is liberty.” In this definition, servitude and freedom were mutually reinforcing, not contradictory states, since those who accepted the teachings of Christ simultaneously became “free from sin” and “servants to God” storyofamericanfreedom

Today we celebrate this great liberation. 4th of July rings the glory of Freedom in our ears. Thankfully, our founders wept also with John of Revelation 5:4, for the book of “Redemption/Salvation to be opened. Only Christ could open it, He had paid the price and purchased freedom for all — Thankfully they prayed for freedom and for God to rebuke the Usurper. Thankfully, the spiritual freedom of Eric Foner prevails — past, present and future.

O say does that–