Run Through, To and From 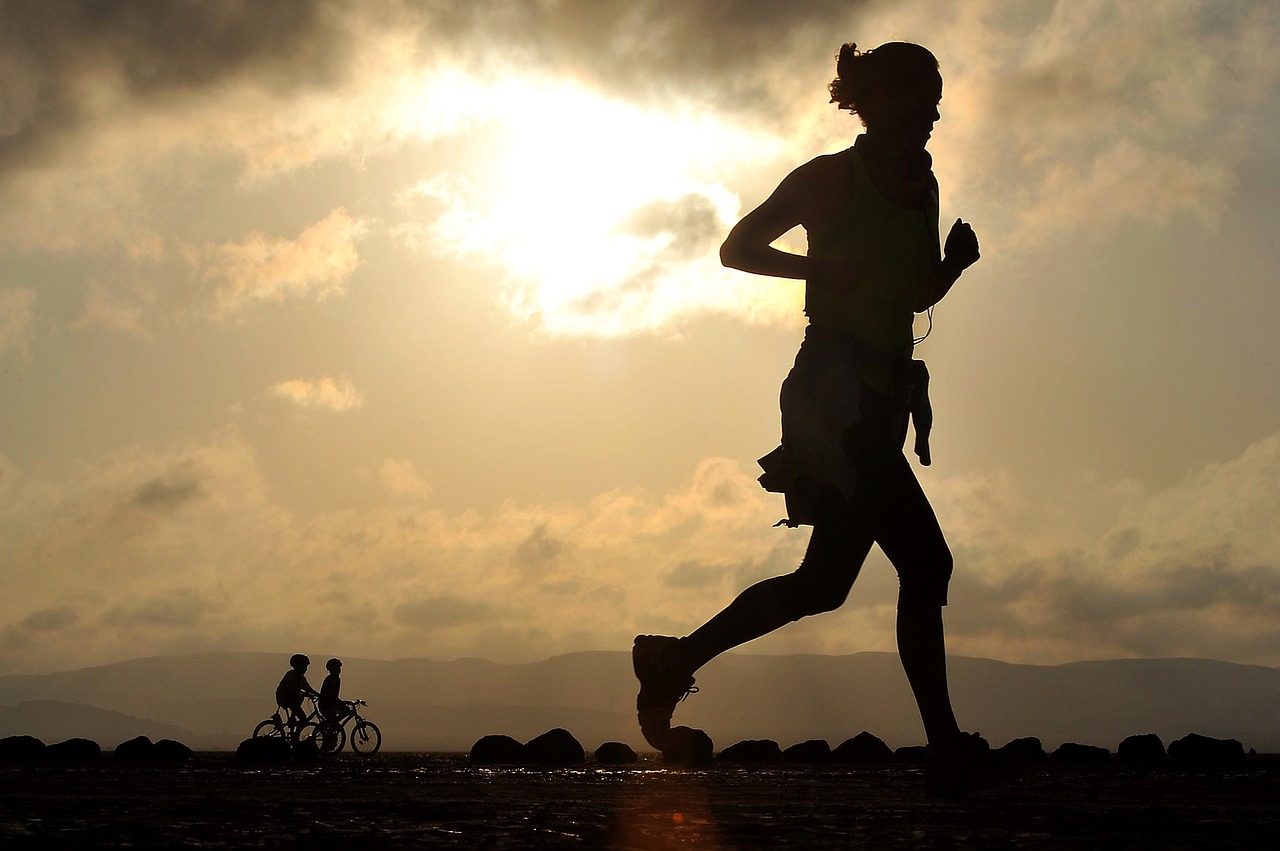 God provides a way through the troop, directs us to the Cross, and urges us to flee from the tempter.

When we hear or see the word “run”, we might think of other words and phrases like “immediately”,  “without hesitation”, “move fast”, “promptness”, “courage”, “confidence”, or even “fearful”, “save your life”, “flee”.   It can mean all of the above depending on its context;  and it’s fascinating in the Bible how the Lord has used it to express to us some vital commands.  In passages mentioned from the Word of God in the following paragraphs we could  easily substitute the word “run” for “go” or “walk”;  but let’s think rather of running through, to or from as going without hesitation, immediately, obeying as soon as we hear the counsel or command (Psa.18:44).  Just as the Lord loves a “prompt-to-do-it” giver (II Cor.9:7), He loves a prompt-to-obey doer of the Word He gives.  But remember it’s GRACE!  Even the Psalmist in Psalm 119:32 appealed to the Lord on Whom he was so utterly dependent:  “I will run and not walk the way of Your commandments  when You give me a heart that is willing.”  “For it is God that works in us to will, and then to do, of His good pleasure.” (Phil.2:13)

Think of  some of the “impossible” situations the Lord has brought His people through.  In Exodus 14 we see how, at the raising of Moses’ rod of authority,  He brought the Israelites through the Red Sea on dry ground just in the knick of time, before Pharaoh and his troops reached the edge of  the Sea to overtake the fleeing Hebrews.  Every single one of them passed over safely!  Then He brought them through the wilderness, a journey of 40 years that could have lasted just 14 days had it not been for their rebellion and complaining spirits.  But true to His Nature and to His faithfulness to His people, He accompanied them to the Promised Land.  I believe King David pondered these happenings and the faithfulness of God behind them, to the point that in troublous times for him personally, he could declare with confidence:  “By You I have run through a troop, and by my God I have leapt over a wall.”  David was a prompt-to-obey-God believer because He knew deeply the Character and Nature of his God;  therefore, he was one who ran to obey God’s commandments, not just walked.

Although a beautiful promise from the Lord in Isaiah 43 does not contain the word run, it nonetheless encourages us to be very confident that whether we run or walk, HE will be faithful to bring us through difficult situations and times:  “When you pass through the waters, I will be with you, and through the rivers, they will not overwhelm you.  When you walk through the fire, you will not be burned or scorched …” (vs. 1b,2).  How well this is illustrated in Gethsemane, when the Father strengthened His loving, obedient Son to go through agonizing pain and suffering that no human being had ever suffered, or ever will. He endured, went through, that agony of soul and body only because of the strengthening Presence of His Father and His angels.  We, too, are promised that strengthening Presence and provision in Phil.2:13 – “I have strength for all things in Christ Who empowers me;  I am ready for anything, equal to anything through the One Who infuses inner strength into me…”   Furthermore,  there is the comforting assurance of Psalm 23:4 – “Yes, though I walk through the valley of the shadow of death, I will fear no evil, for You are with me.”  But to what and where did the Lord Jesus’ thoughts go as He suffered so unimaginably?  And to where must we look to have the power to bear up under trials and temptations?

He always provides a way of escape to a safe landing place.

I Corinthians 10:13 is loaded with comfort for the afflicted saint.  First, Paul makes it clear that we are not alone in our trials and temptations but that ALL of them are “common to man”;  and secondly,  ” … no temptation or trial has come to you that is beyond human resistance and that is not adapted and adjusted … to human experience, and such as man can bear”. (AMPL)  Thirdly is the promise that God is faithful to His Word and to His compassionate Nature and will not let us be tested beyond our capacity to endure.   Then finally, a way out of caving into the temptation or crumbling under the trial is promised so they we can “be capable, strong, and powerful to bear up under it patiently”.  What is this way of escape, fundamentally and consistently?  It is the Cross.  In any trial, temptation, trouble, or affliction I run to this uncompromising, eternal, effectual provision which the Lord has secured for us.  The Cross ,,, God’s way for me in trials to escape from sinking into worry, anxiety, fear, or depression;  from substituting a natural provision for a spiritual one (e.g. drinking, drugs, work, recreation …).  The Cross … where I reckon myself dead yet I live, dead yet hid with Christ in God, dead unto sin yet alive unto God.  I am dead, and what can you possibly do to a dead man to frazzle him or fill him with fear?!  We therefore run – go without hesitation – to this fail-proof provision of our Father when the enemy comes in like a flood, that we might remain stable and fixed under the shadow of the Almighty Whose power no foe can withstand.

“The Name of the Lord is a strong tower; the righteous run into it and are safe.”

But there is something else we run to in times of need:  “The Name of the Lord is a strong Tower;  the righteous man runs into it and is safe.” (Prov.18:10)  We read in Psalm 91:14,15, ” … I will set him on high because he has known My Name [has a personal knowledge of My Mercy, Love and Kindness – trusts and relies on Me, knowing I will never forsake him, no, never] (AMPL).  He wants us to deeply know Who He is, what He’s like, how He is for us and never against us;  if we don’t we will not run to Him and to His provisions in our time of need.  We won’t fearlessly, confidently and boldly run to the Throne of Grace – a third place of refuge in trials – to receive Mercy in our failures and Grace to help in good time for every need” (Heb.4:16).

Flee from these things!

Not fleeing from this satanic set-up cost him his life, both temporal and eternal (Proverbs 7:23). Click To Tweet

We see clearly then how the Lord gives Grace for us to run – or walk- through trials, without hesitating to trust Him in them.  We also are confident that He is faithful to provide a way of escape and a place of refuge so that we do not have to collapse under the pressure and stress of trials and temptations.  Now, lastly, we hear His exhortation to outright flee from certain things that we might not unwittingly get trapped by the “snare of the fowler”, the devil.  First of all, the greatest thing to flee from are those thoughts that are clearly not of God (Jer.29:11; Phil.4:8), thoughts that if not brought into captivity to the obedience of Christ (II Cor.10:5) will produce unGodly speech, emotional responses, and actions.  II Peter 1:3,4 instructs and encourages us to learn, embrace, make our own the promises of God, “so that through them we may escape [by flight] from the moral decay … that is in the world because of covetousness (lust and greed)… .”  Joseph was certainly an excellent example of this.  He was an exceptional person in many ways and in Genesis 39:6 we read that he also was one-looking.  One day the wife of Potiphar (who had placed Joseph in charge of all that he had) tried to seduce this attractive young man when just the two of them were in Potiphar’s house.  After a very brief dialogue and when she grabbed him by his garment,  Joseph fled from her presence and the house, leaving his garment in her hand, which later she used to frame him.  But his life, his integrity were in tact.  Contrast this with the young man in Proverbs 7:6-23, who did not run from the temptress but at first unwillingly then willingly succumbed to her lewd, seducing overtures to lie with her while her husband was away.  His hesitation in obeying his conscience (v.21) led him to suddenly yield and follow her reluctantly until sexual passion got ahold of him, overcoming all reason as well as his conscience.  Not fleeing from this satanic set-up cost him his life, both temporal and eternal (v.23).  Oh, that he had heeded Proverbs 27:12 and 22:3 – “A prudent man sees the evil and hides himself;  but the simple pass on and are punished with suffering.

In these evil days, “there’s no fudge-room”;  there’s no space for hesitating to obey God.  In that little space of halting, the enemy, like a roaring lion, will run to take and fill that place with lies, deception, lust, etc. – and once he occupies that space it can be a battle to remove him.  This is why, perhaps, Paul strongly warned Timothy in I Timothy 6:9-11 – “those who crave to be rich fall into temptation and a snare, and into many foolish and harmful lusts which drown men in destruction and perdition.  For the love of money is a root of all evil, for which some have strayed from the faith in their greediness, and pierced themselves through with many sorrows.  But you, O man of God, FLEE these things, and pursue righteousness, Godliness, faith, love, patience, and goodness.”

“Moses drew near to the thick darkness where God was”

The recipe for overcoming temptations and being victorious in trials remains the same as for the saints of the past: “they that know their God shall be strong …” (Dan.11:32b)  We need to acquaint ourselves now with our Creator and Savior (Amos 4:12), to learn how He thinks by hearing and taking in His Word, to know His Voice that we might not be duped by that of a stranger (John 10:1-5), to “seek in the Book and read” (Isa.34:16) that we might see how faithful He has always been to His people to provide a way through trials, to a well-proven Provision,  and from all that would endanger our lives temporally and eternally.  Moses knew God and what He was like;  therefore, in Exodus 20:18-21, after the  Ten Commandments were given to him for the people,  he drew near to the thick darkness where he knew God was, whereas the people stood afar off for fear of Him.  They too had heard His Voice (v.22) but did not know Him, and therefore did not trust Him.  They didn’t understand all that His Name represented (Psalm 91:14,15).  But the Lord’s true sheep know and recognize Him and His Voice and will follow Him (John 10:14).  They will hear the still, small Voice behind them saying, “This is the way, walk in it, when you turn to the right hand or when you turn to the left” (Isa.30:21);  and they will hear what the Holy Spirit is saying to the church in these perilous times (Rev.2,3) to give us what we need to keep ourselves calm in the days of adversity.