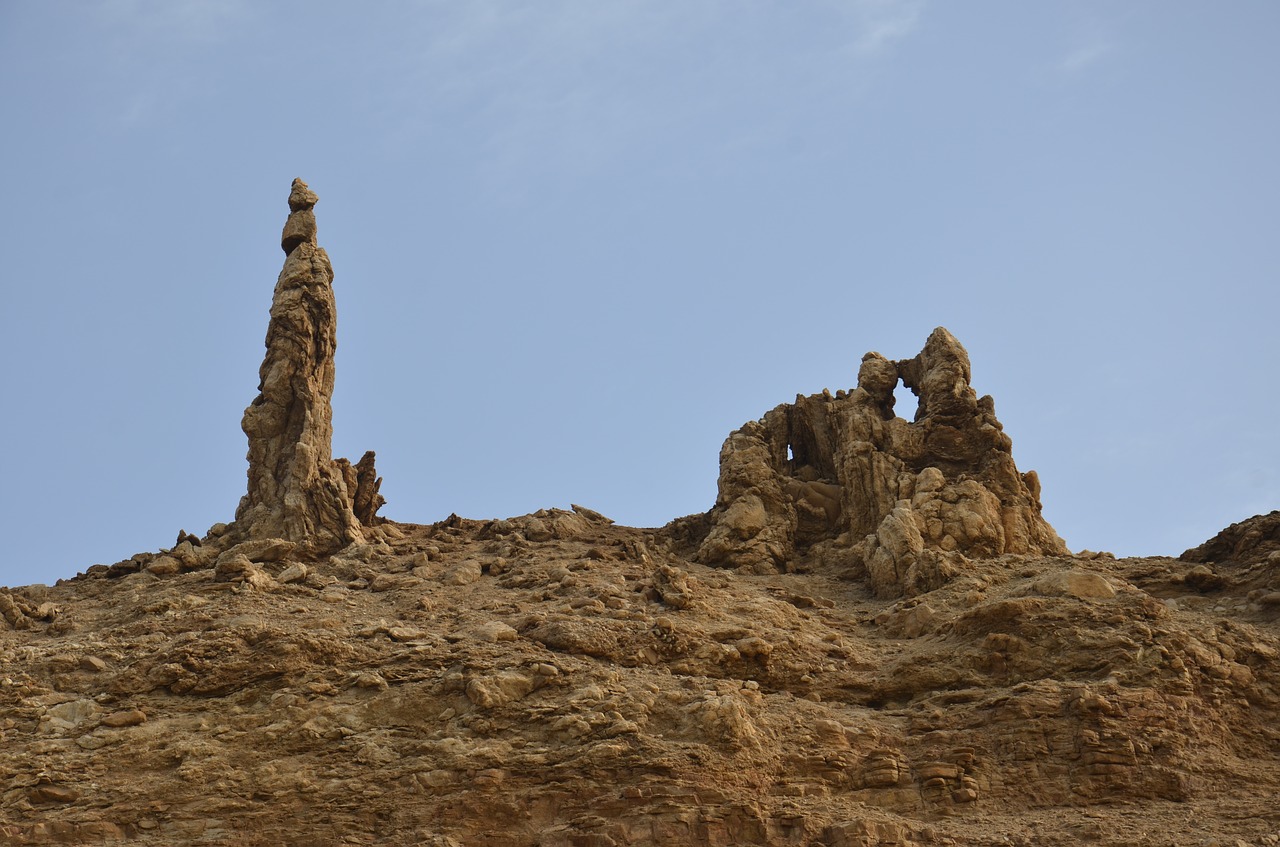 Ruth the Moabitess said to Naomi, Let me go to the field and glean among the ears of grain after him in whose field I shall find favor. Naomi, said, Go, my daughter (Ruth 2:2).

The story of Ruth really brings together the truth that God is in all things. Ruth is a book about love and care and salvation.

Consider the origin of Ruth’s people, the people of Moab. Where did they come from?

This is the seemingly sad conclusion to the story of Lot. He’s been reduced to hiding in a cave with his daughters. His daughters are convinced that the three of them are all that’s left of life on earth. Their mother was gone, turned to a pillar of salt for disobeying the Lord’s command. So the daughters made their father drunk and they both slept with him. Result:  both become pregnant. The oldest daughter gave birth to Moab; the younger one was mother of the Ammonites.

What a cruel and unusual story for us to read.

There are two things we can see about the account of Lot and his family. I see it as a story of witness and a story of comfort.

Captured by the World

Lot was nephew to Abraham. He traveled with Abraham toward Canaan. Their families and herds grew too large for them to occupy the same space. The strife between the households became too much for them. There had to be a separation. So Abraham gave Lot the choice. He let his nephew decide where he would move.

Lot relocated his family to the area near Sodom and Gomorrah.

This is the witness. Lot made a poor choice. He drew away from the friend of God, Abraham, and wound up as a friend of the world.

Life for Lot was all trouble, all the time. He wound up living in the very city of Sodom and was very much under the influence of the sensual and evil atmosphere. It was a place where God was mocked and scorned.

He became a dim, dim light in the darkness of this culture. But the Lord doesn’t snuff out the smoking wick of His candles. That little light that flickered in Lot was kept alive.

Angels came to Lot. His discernment was still active enough to identify something holy and right. He brought the angels off the streets and into his home.

The Sodomites, however, were on the prowl. Their lust was inflamed and they determined to assault the angels. Soon Lot’s home was surrounded. The angels had to deliver their host from the mob.

On the day of Sodom’s judgment, Lot and his family had to be dragged out of the city in which they had become so comfortable. Sodom had so infected Lot’s wife, that she could not run away. She turned toward the city and bemoaned its destruction. She perished, crystallized as a monument to her attachment to the world.

Lot and his daughters wound up in that cave, fearful and alone.

A Heart Touched by God

This is how Moab came to be. And really not much good is written about this people group. It was constantly a thorn and agitation to Israel.

But here’s the comfort part of this story. Even among Moab, a nation conceived in an absolute wrong way, there was found this one heart that was tender toward the Lord.

Ruth came to know the Lord because of another husband, Elimelech, who ran from trouble. Famine plagued Israel and this father took his family to Moab to find food. There, his sons found Moabite wives, one of whom was Ruth. Elimelech and the boys died, leaving Naomi with this daughter-in-law.

This woman embraced the Lord and chose to make her home among His people.

“Let me go the field …” Ruth said.  She found a field and in it, she also found Boaz, a man of faith and integrity and kindness.

Boaz took Ruth as his wife and bore him a son whose descendents would one day rule Israel. By this turn of events, God brought a Moabitess into the birth record of royalty and into the family tree of Jesus Christ, the King of kings.

Today, it may be very difficult to see the hearts that are open to the Gospel. They are there just like Ruth was there. The disaster of Lot and Sodom and the cave with his daughters was not the end of the story. Click To Tweet

Today, it may be very difficult to see the hearts that are open to the Gospel. They are there just like Ruth was there. The disaster of Lot and Sodom and the cave with his daughters was not the end of the story.

God is the Redeemer. He lives and He intercedes in our days as He has done in all days.

Somehow He was revealed to Ruth. We will encounter more women like her – on the streets of cities and towns everywhere, in Baltimore, in neighborhoods such as Dundalk and Sparrows Point and Turner’s Station.

Is God finished? Not at all. Our hope must be fed from His Word, and when we get into His Word, we find stories like this.

Where did Ruth come from? She came from that weird situation in the cave. Where is Ruth now? She is seated in glory, recognized as the great grandmother of King David.

The disasters of life never cripple the purposes of God.

This strange, crazy, and turbulent time may one day reveal a very great harvest of souls. We may not see it now or in the near future. But in glory, in the New Jerusalem, we will see the faces of those who discovered the love of God for them and determined that the true God would be their God and that His people would be their people.