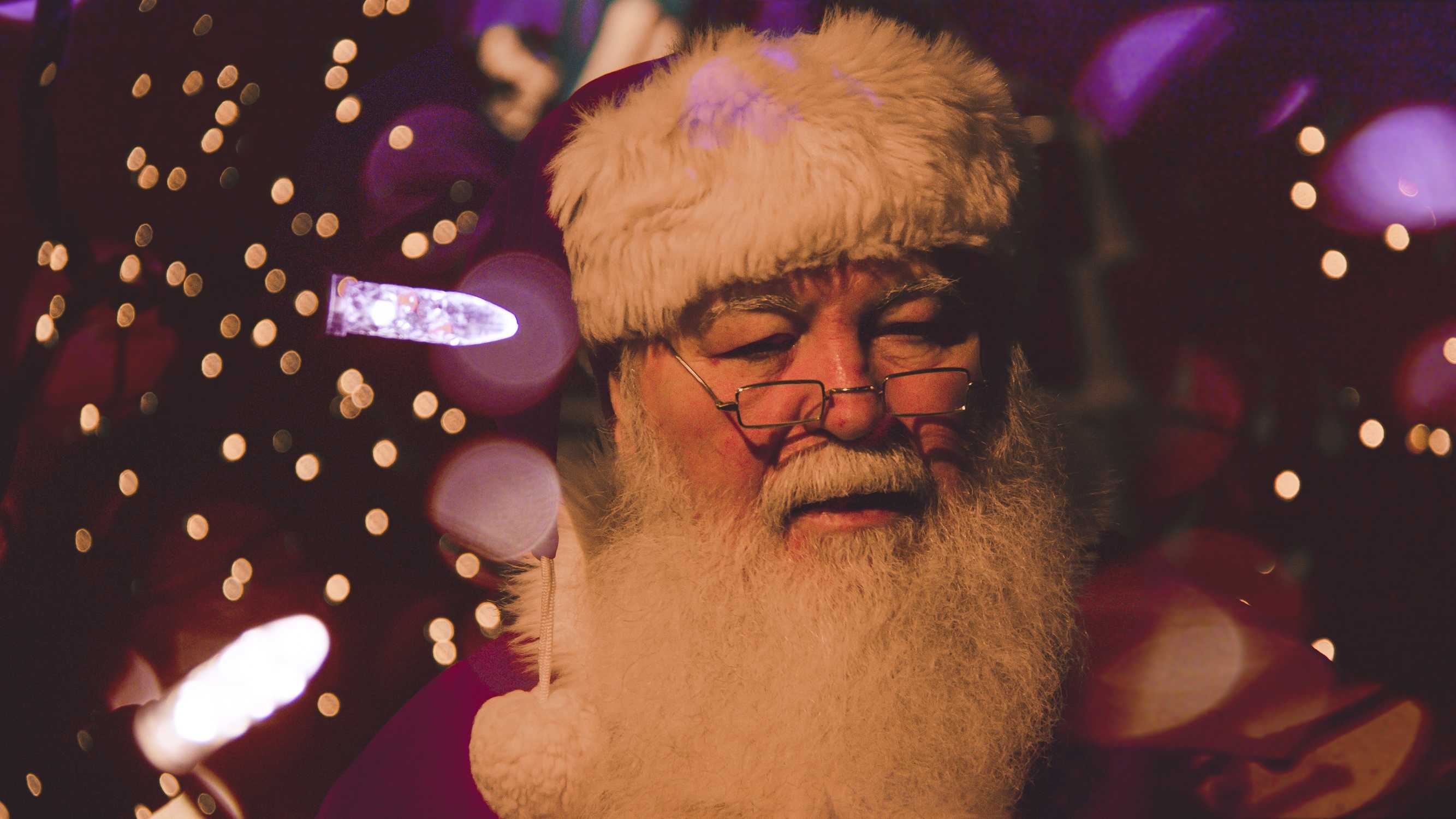 Santa Claus is a legend born in centuries of imagination, but his origins take us back to a 4th century holy man whose fervor and generosity characterized him as a Christian zealot. Saint Nicholas, bishop of Myra, was born during the persecutions of Diocletian in what is currently southern Turkey. Nicholas was jailed, suffered routine beatings, but was freed under the reign of Constantine who legalized Christianity.

History tells us that he stood with others against the heresies of Arius at the Council of Nicaea, where he reputedly punched the man in the face for denying the Trinity and Deity of Christ.

Born of wealthy parents, Nicholas gave gifts away anonymously. He quoted God’s Word to justify his actions. Historians tell of a time when Nicholas saved a poor family from utter disaster. A father had three daughters who were headed for a life of slavery or prostitution since they could not afford dowry money for legal marriages. The custom of the day for marrying demanded the bride-to-be to give the spouse a dowry which was a large wedding gift. One daughter was pledged for marriage and Nicholas provided a dowry by throwing a bag of gold in the window of the poor family’s home.

Three times for three daughters he did the same – happened to land in a sock on the mantel of the fireplace, so the story goes.

The bearded Nicholas always gave God the glory, forbidding his benefactors from revealing the source of the gifts. A true saint of Christ, his life and legend lived for centuries afterward. During and after the Protestant reformation Nicholas was less venerated as a saint and his identity suffered. Going forward various legends combined to give Old Saint Nic a new identity. Included in his shaping were myths, folk songs, stories and poems as “The Night Before Christmas.” Finally in 1931 Coca Cola painted the modern Santa Claus with a red, fur trimmed suit. He has survived, however twisted.

The chief competition for the true meaning of Christmas.

Sadly, the once great Saint and follower of Jesus Christ has become the chief competition for the true meaning of Christmas. Kringle represents human integrity, sentiment, and generosity but never more the fire of hatred for evil. He is depicted morally upright but tolerant and forgiving, a universalist, never demanding allegiance to a certain creed. He counteracts the blood-shedding Christ by assuming that all can be righteous without the Savior. He sees the “Goodness” of mankind as enough.

Enemies of the Christ Child

Herod, the earthly enemy of the Christ child sought Jesus dead; drastic measures for a baby, don’t you think? Though still an infant, the true King of the Jews could never assume reign and had to be stopped beforehand. Herod and his minions set out to accomplish the deed, thousands of newborns were killed. This is a side of Christmas which gets neglected.

In Hungary and Poland he is St. Nicholas, in Sweden the Christmas Brownie. Russia calls him Grandfather Frost, in Norway he’s the Christmas gnome. In Japan he is a god, Babbo Natale is the Italian name. Then we have Kanakaloka, Kerstman, Pere Noel, Weinachtsmann, and Father Christmas. Obviously there are many more names and legends.

What can we conclude? Jesus taught parables as a condescending kindness to hardened listeners. He knew some could only grasp a story. However His metaphors were loaded with spiritual meaning — It was in the hope that in a tragic moment the light of the story would shine in a lost heart. So, illustrations and not-necessarily-historical hyperbole could be valuable — as the Santa story.

If the effort would be made

Father Christmas could be also traced back for true significance if the effort would be made. If done, He would lead us to whom his life was dedicated, Jesus Christ. Obviously touched deeply by the Savior, Nicholas was a believer, and hero of the faith. He was a man with a message. Sorry to say many settle for a superficial Santa with no message but one of convenience.

In Nazi Germany Deitrich Bonhoffer was constrained to search for the message behind the message. It cost his life but because of his bravery and that of others a message was sent to the world — Germany would not stand by and watch hell-bent actions by evil leaders without at least attempting to resist. We are thankful for their true stories and St. Nicholas’ true story. We are ever thankful that they cared enough to at least try. These showed Christ to us and are true heroes.
Merry Christmas