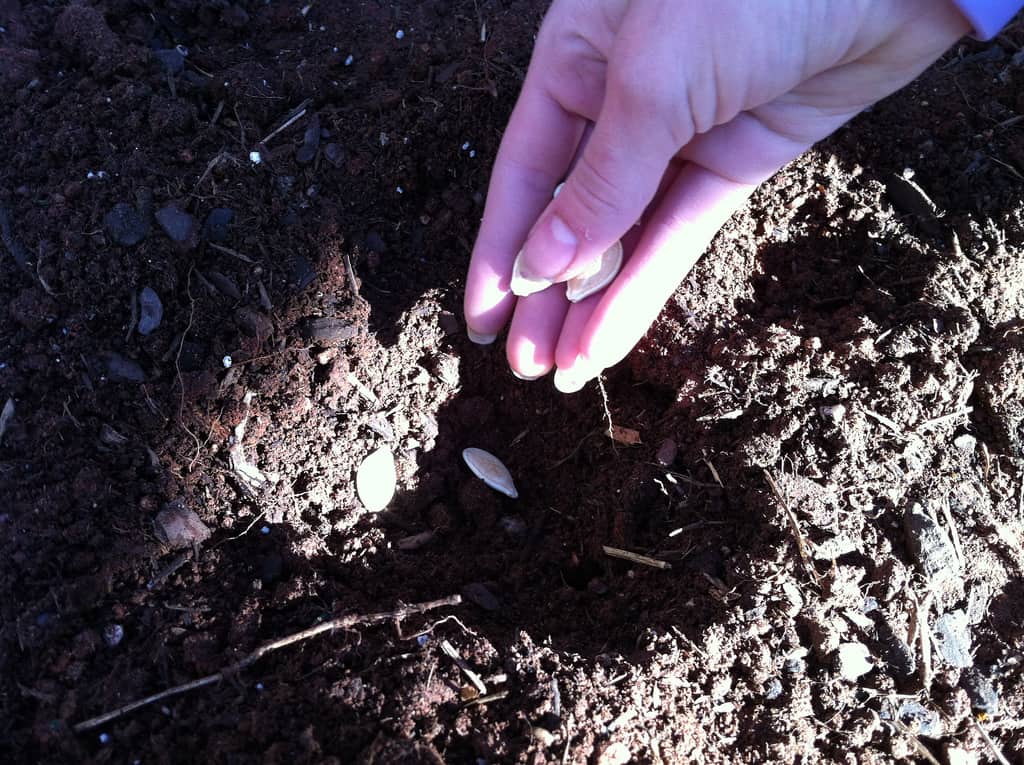 Size matters very little in the Kingdom of God. A seed, any seed, seems so small and so lifeless. But that’s just a surface analysis. It’s what’s inside that really matters. And, there’s life under the hard skin. The big question is this: How does that life come out? What releases this force of nature?

A seed must be let go before it can become all it’s supposed to become. Think of the picture Jesus framed with His words in John 12: “Except a seed fall into the ground and dies, it abides alone; but if it dies, it brings forth much fruit” (John 12:24). Christ spoke this about His humanity in one sense. The end was drawing near when He talked with His followers about this. He taught them and also informed them of the manner of His death and also how that death would open the way to Resurrection life. They didn’t process these statements so well until after it all went down.

Later, with the Holy Spirit’s help, the disciples would put together the pieces and come to understand the necessity of the Cross and Christ’s death upon it. His offering of Himself as the Lamb of God would make it possible for mercy to rejoice in the face of judgment.

Jesus, in following the plan of redemption, could not maintain a grip on His humanity. He surrendered it to the Jewish religious leaders and the Roman authorities. He finished the work at Calvary and then committed His spirit to the Father.

He let go of His human life. His body was buried, just as a seed is buried, to bring forth life. And, oh what life has been brought forth through the obedience of the Son.

A seed goes into the ground, into the mud and dust it is hidden away. Rains fall. The sun warms the ground above it. Unseen, the seed’s shell splits apart and roots go down. Over time, a shoot breaks into the light. There’s growth and then fruit that bears more seed.

Small things carry much life, so says the Word of God.

Jesus, in following the plan of redemption, could not maintain a grip on His humanity. Click To Tweet

David carried just a few pebbles to the battlefield where Goliath stood and mocked him. The whole world has heard this story. A smooth, little rock was sent flying from a sling and it dropped the giant to the ground. The force of God flew with it and made sure it struck its mark.

Just a thread was all a sick, sick woman sought from Jesus. But it took some courage and determination, however , as we see in reading of her in Luke 8. Jesus strode amid a thick throng of publicans and sinners for these were His friends. This woman had been bleeding for more than a decade and had spent all she had in pursuit of a cure.

She faced a decision. Was it worth pushing through the crowd to get to Jesus? Just being out in the open was dangerous for this woman – her issue of blood rendered her unclean according to Jewish law. If caught, she would have been further ostracized in the community.

I can imagine her anxiety. Perhaps there was some indecision. Until she saw that thread and made her move. I see her pulling her clothes tight around her body, so none would notice her infirmity. I can see her elbow and nudge her way to the center of the mob. And, then, there He is, close enough to touch. She grasps that thread, let it go and backs away, slipping out from among the crowd. It was in hand for but a moment. It was enough for her healing and for Jesus to stop in His tracks.

Virtue sprung from Him and through her body. The blood stopped at once. She was whole again. A thread of hope had become a garment of praise.

Jesus felt her faith and sought her out. She came trembling and told her story. The people rejoiced. The seed of faith had born fruit. (See Luke 8:43-48.)

A Crumb of Hope

One more story involves a desperate woman with a demon-afflicted daughter. She just wanted a crumb from Jesus. She wasn’t of His nation, but she sensed that He was the Bread of Life. Her persistence got under the skin of the disciples. These men listened to Jesus’ words and celebrated His works, but as yet were still not of the same heart.  They pleaded with their Master to drive her away.

Jesus, at first, seemed to side with them, telling her: “I am only here for the lost sheep of Israel” and “It’s not right for me to take the children’s bread and give it to puppies.” Another way to translate the exchange in Matthew 15 goes like this: “My boys over there are always hungry and I cannot spare a slice to someone they see as a mutt.”

I think Jesus was trying to make a point with His men and with this woman.

“Mutts eat the crumbs that fall under the table – please drop just a crumb,” she said. “That’s all it would take from you. Just a crumb please.”

She got that crumb. Her daughter’s deliverance was won through her determination, through her unwavering hope in Christ.

Her seed of faith was buried under the disciples’ indifference and prejudice. Still, it took root. Jesus let His Light shine and gave her His water of life.

Small things become big in the work of the Lord.