‘Silly’ Prayers and the Savior’s Grace 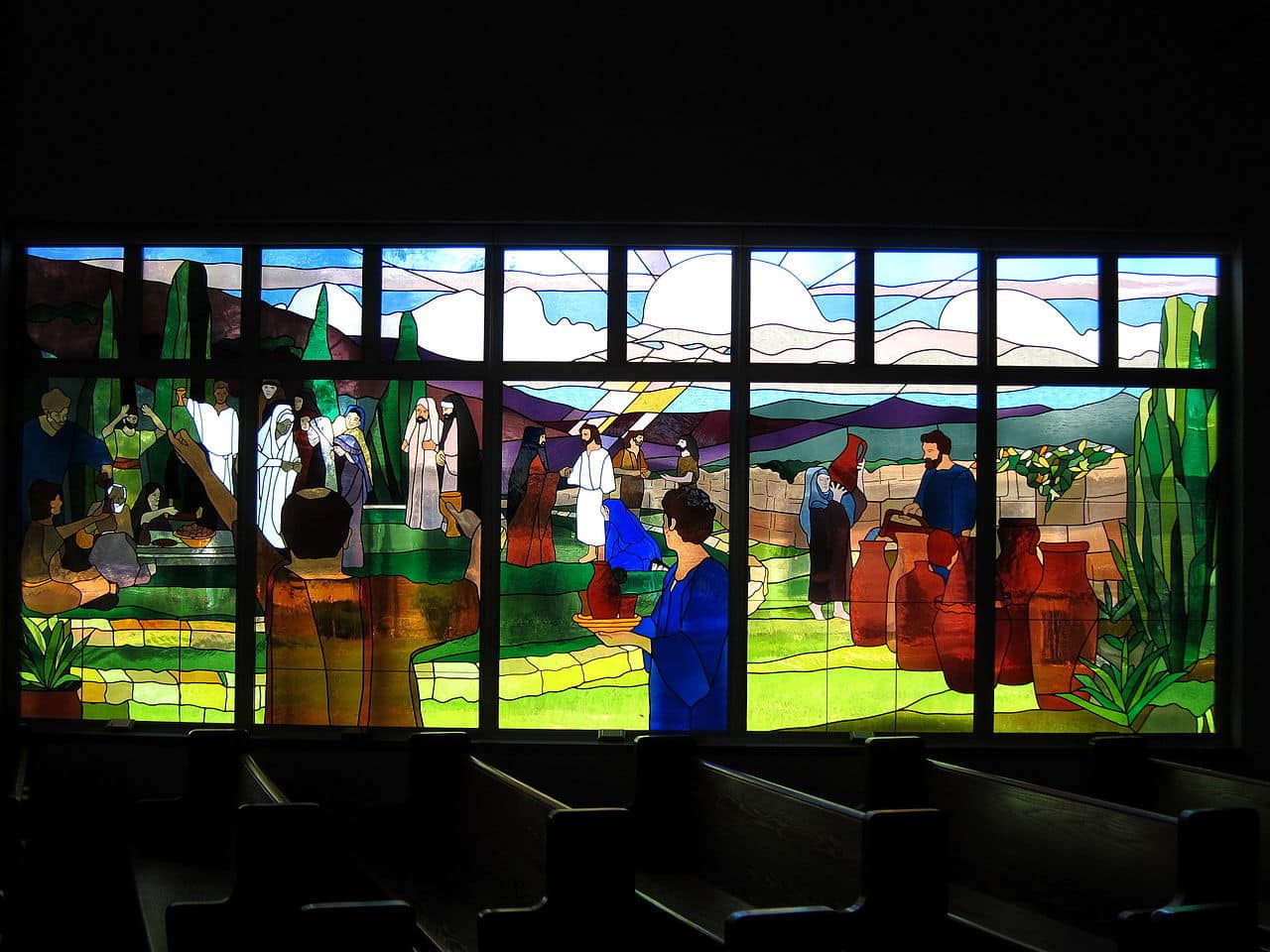 The first miracle of Jesus was a small thing, a surprising thing even, as we read in John 2.

He and His disciples arrived at a wedding celebration in the village of Cana, near Nazareth, and they went to get something to drink. Jesus was met by Mary, His mother, who said, “They have no wine.”

Jesus’ response, at first, seems terse and almost dismissive: “Woman, what have I to do with this? My hour has not yet come.” Mary, however, was not put off in the least; she turns to the banquet servers and says, “Do whatever He tells you to do” (see John 2:4-5).

The servants fill, at Jesus’ instruction, six stone jars with water. Then He tells them to bring a sample from those jars to the master of the feast. Once he tasted the water that was now wine, the master was astonished by its goodness and commended the groom – it was not like people to save the best for last, especially when it came to wine.

Was Jesus then brought in and paraded before the wedding guests as the conjurer of the vintage of which they were now partaking? Not at all. It seems the Lord wasn’t interested in making a scene; He simply desired to save the party.

This is the marvelous thing about Jesus, His care goes to places we would think insignificant. Have you ever prayed to find a parking spot near a storefront on a stormy day? I have. And, I think God has answered just such a prayer.

George Mueller tells the story of an orphan girl who wanted a ball. “What kind of ball do you want?” Mr. Mueller asked her. “A bright, multi-colored ball,” she said, and so they prayed for it. Later that day, a delivery of toys came to the orphanage. What was among the items donated for the children? Why, a multi-colored ball, of course.

Are these silly prayers? Are they a waste of God’s time?

I say they are not. He is not a respecter of persons and neither is He a respecter of prayers. A waste of His time? (Theologically speaking, God, in fact, exists outside of time known to men. He is the God who is.)

The last are first, and the small are great in the eyes of the Lord. He is the one who notes the number of hairs upon our heads and bottles our tears, according to what Jesus told His disciples. Jesus taught His disciples that those who come to Him must come to Him as little children. A child may boldly seek a piece of candy – before supper even. A child could ask Jesus to make some wine so the party could go on.

That’s what I notice about this wedding scene: Mary, the mother of the Son of God, came to Jesus in childlikeness. Apparently, she was most confident in His ability and in His compassion concerning this issue.

A Moment of Joy

“Whatever He tells you to do, do it.” That’s a statement of faith and Mary made it.

I wonder what joy it brought to her heart as the feast went on into the night and the guests toasted the occasion with the miracle wine. Perhaps, Mary later shared a smile and a laugh with the servants who were also in on the secret.

Was this wedding miracle a rare and precious gift to the young woman who answered the call of God? As a virgin betrothed, Mary told the angel Gabriel, “Be it unto me according to your word” and allowed her womb to be the King’s first abode on earth. Much ridicule and gossip must have been spoken toward her and Joseph as her belly grew large. Through the years, she surely heard scornful things said about her, her husband, and her Son.

Those insults were small compared to the “swords” that would pierce Mary’s heart sometime later. She saw Him surrounded by followers and foes and was taken aback by it all. She and her other children thought Him to be a bit mad and sought to save Him from Himself. She then would be there at Golgotha, looking at the Son’s battered, bleeding body on the Roman Cross. She surely wept to hear Jesus commit her to the care of the Apostle John and then commit His spirit to the Father as He finished His work on earth.

On that day, in Cana of Galilee, however, Mary got to taste and see that the Lord was good. She asked, Jesus answered.

The party went on.