Simon and the Touch of the Spirit 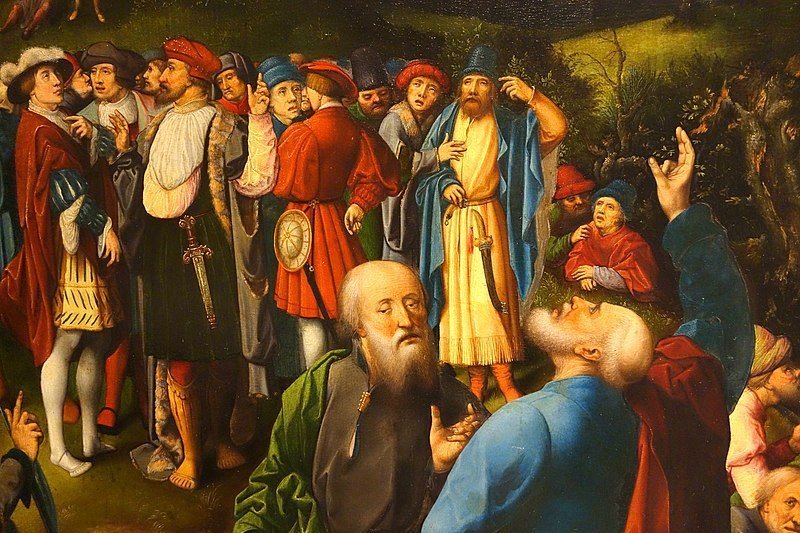 This is the oft-misunderstood story of Magic Simon.

Simon was a something of a wizard, a conjurer in Samaria, as we read in Acts 8. He astonished people with his tricks and his words. He held audiences captive and became a great celebrity over his years there. He had status and money and grew to be something of a rich ruler.

Samaria, as a city, developed a long history of being hoodwinked by powerful personalities. It was built by Omri, a king in Israel who fathered Ahab. This son, Omri gave in marriage to the daughter of the ruler of Sidon, a pagan nation to the north of Israel.

That daughter was one Jezebel.

Along with Jezebel came the idol Baal. A temple to Baal was soon erected in Samaria and as a result the king, city, and nation came under the influence of this queen and her false religion. This set in motion the Northern Kingdom’s steady descent into heathen ways. The Lord did what He could to arrest this decline. He sent His prophets – Elijah, Elisha, and Amos among them – with warnings of destruction and bondage to come. Kings and people refused to heed the words from the Lord. In 723 B.C., Assyria ransacked and spoiled Samaria and relocated the majority of the Israelites, scattering them throughout its empire.

There’s a lot more to the story, but we must point this out:  some of those Israelites did return, and Samaria did become a significant city on the Near East trade routes during the days of Rome under the rule of Herod and his sons. What sprang up in Samaria were commingled forms of worship that combined the principles of the Law of Moses with various pagan practices.

Given these details, it comes as no surprise that Samaria fell under the spell of a sorcerer.

This all changed when a new kid came to town. His name was Philip, a servant of Jesus Christ. Only recently he had been chosen as one of the first seven deacons named in the early Church. These deacons were selected by the congregation in Jerusalem and presented to the Apostles who laid hands on them and commissioned them to serve in the handling of the administrative details related to the early Church’s activities.

Like Stephen, another of the seven, Philip was also a capable, effective Gospel preacher. Stephen’s ministry caught the attention of Jewish authorities in Jerusalem. He was slandered and maligned for speaking things against Moses and the Temple. Acts 7 records his death by stoning, which was witnessed by Pharisee-in-training Saul, who would become Paul, the great apostle to the Gentile world. But before his conversion to Christ, Saul stirred a fierce season of persecutions against Christians.

It was during this period that Philip made his way to Samaria. His preaching in the name of Jesus brought a citywide revival. Hundreds turned from Magic Simon to the King of glory. Even Simon was swept up by this move of God. He believed and was baptized, the Scriptures tell us. He also became a constant companion of Philip’s, as the Lord did signs and wonders through His man.

News of what God was doing in Samaria reached the Apostles in Jerusalem. Peter and John were dispatched to reveal the Holy Spirit way to the believers there. They arrived, laid hands on the people, and enabled them to receive the power of the Spirit.

Shaken to the core, Simon, as I imagine it, fell down and begged for Peter’s help with this: 'Pray for me to the Lord, that nothing of what you have said come upon me.' Click To Tweet

This is where Magic Simon’s story takes a turn as his heart was revealed. He had experience with supernatural things and from what he knew these things came at a price, a price he was too willing to pay.

“Sell me this Holy Spirit secret,” Simon said as he held out money to Peter and John.

Peter pushed away the cash and rebuked Simon: “Your money perish with you.” The Apostle sensed the poison and bondage that lingered in this man. He implored Simon to repent and seek God’s deliverance from his bitter iniquity.

Shaken to the core, Simon, as I imagine it, fell down and begged for Peter’s help with this:  “Pray for me to the Lord, that nothing of what you have said come upon me.”

I am so surprised that many miss what went on in this final bit of the Magic Simon story. Could not Peter’s prayer have healed this man’s nagging money and power lust? After all, just the Apostle’s touch had conferred the Holy Spirit to those there in Samaria.

I believe Peter did pray for Simon. And because we have no other information to go on, I choose to believe that Magic Simon became Brother Simon, a faithful follower of Christ in the power of the Holy Spirit.

It bothers me that “simony” became the label affixed to the practice of buying and selling church offices and spiritual authority. We, sinners ourselves, like to cast stones at Bible characters we deem to fall short — be it Martha for being too distracted to sit at Jesus’ feet or Job’s wife for wishing that her boil-plagued husband would “curse God and die.” We could at least allow the latter woman some space to express her sorrow; she did, after all, see the burials of her 10 children who died in a house collapse.

Magic Simon was a man of mystery and intrigue. He heard the Gospel and rushed to respond. It was a powerful message that moved many around him and, perhaps, he did follow those in the crowd as they turned from his sorcery to the truth.

Hang On to the Thread

There are many of us who responded to the message of life as Simon did. My own experience of coming to Jesus was an awkward stumble. I went forward following a movie about the End Times. It took me months to gain my footing as I read through the Scriptures and learned how to worship the Lord in Spirit and in truth.

There were missteps and confusions during those early months of my walk with God. I prayed hard and tried everything I could to reclaim a relationship that I had killed with my selfishness and possessiveness. Some surely had to question whether I had come to Christ at all. Really, I am still not sure that I prayed that sinner’s prayer for the right reasons.

Still, I clung to the thread of true belief that I knew was in me, a thread the Lord spun into a garment of praise.

None of us is beyond the reach of the Good Shepherd. He seeks the Lost and wants us to do the same.

Our Savior delivered the demoniac in Gadara, sending a legion of evils spirits out of him.

Our Savior promised Paradise to the thief nailed to the cross next to His Cross.

Our Savior, My Savior, I believe saved Simon who believed and was baptized, for my Bible tells me that God chastens those who are His children.

I expect to see a chastened and humbled Magic Simon in the Kingdom to come.

For more on Simon’s story, check out “Mood, Faith, Change and Freedom,” a message preached by Thomas Schaller, Pastor of Greater Grace Church in Baltimore.