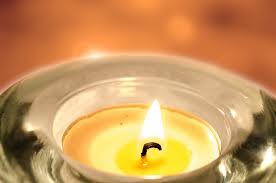 Luke 8 provides accounts of two remarkable occurrences in the public ministry of Jesus. Both involve great deliverances and, to me, reveal the accessibility of the Savior to any and all who sought Him.

In the midst of His teaching ministry throughout the towns of Galilee, Jesus decided to expand the scope of His work, saying, “Let’s go to the other side of the lake.” There lay the country of the Gadarenes, a mostly Gentile area that became inhabited by Greeks during the rule of Alexander the Great.

The boat ride was an event in itself as a violent squall battered the craft as Jesus slept. The frightened disciples woke Jesus and marveled as He stilled the storm with His words.

What happened next is what is most intriguing to me. As the boat reached the shore, a demon-possessed man “met Jesus.” These words stick out from the text. A legion of spirits had taken up residence in this man. As a result, he had spent much of his life naked and alone, living among the tombs. Mark’s gospel describe this one as possessing supernatural strength so he could break free from the chains and shackles that were put upon him.

Still, at this moment in his life, he came to meet Jesus. Surely, the demons residing in him wanted no part of an encounter with the Son of God. These fallen angels knew Jesus and were terrified at what He was about to do.

A Bit of Will

All of this begs the question:  Why didn’t the demons just move this man to run far, far away? Why didn’t this legion lead him to hide away deeper in the tombs?

I think we find an explanation for this in Matthew 12:20, which quotes from Isaiah 42: “A bruised reed He will not crush, a smoking flax He shall not quench.” I think this man had something in him that could not be overcome – a will, a small bit of himself that he expressed in desperation. He “met” Jesus. He went after the Savior. He was so, so lost, but something in this man pushed him to that shore on that day.

I think this man had something in him that could not be overcome – a will, a small bit of himself that he expressed in desperation. Click To Tweet

The reality and scope of demon possession is a mystery to the human mind. Writers and filmmakers have depicted various forms of devilish control and antichrist activity. But all of their presentations are the products of vain imaginations.

Here, in Luke 8 and the other gospels, we see that even a legion of supernaturally energized forces can exercise only so much control over a human being. Only so much can be done to one created in the image of God. The man fell at the feet of Jesus, and the demons began wheeling and dealing with the Lord of all, with the true Lord over them.

“Send us into the pigs! Please! Don’t banish us to the abyss before our time!” Notice the knowledge expressed here by the demons. They knew Jesus as the Son of God. They understood His authority over them. And, they recognized that their days were numbered and that their ultimate destiny was deep and dark – a black hole known as Hell.

Deliverance for this man came with a word:  “Go!” Jesus said it and the demons went to the pigs that were nearby. These animals promptly raced down a hill and into the lake and drowned. Even these beasts possessed an instinct to be rid of the influences of hell.

What I am thinking here is that even as these many demons made their home in this man, there still remained a flicker of light and of life within him. His bruises and scars were surely many, but this man got himself to Jesus.  Perhaps this is what Jesus meant when He declared the power of faith that is “the size of a mustard seed” (see Matthew 17:20).

The next story in Luke 8 serves to further illustrate this point.

Jesus has been asked to come and heal a man’s daughter who was close to death. As He begins to move, the throng moved with Him eager to witness what He was about to do. In the midst of this group was a desperate woman. Her body had been bleeding for 12 years. She’d spent much on doctors and treatments to no avail. This was her last hope.

She reached through the tangle of arms, legs, and torsos and fingered the edge of Jesus’ cloak. From Him to her came healing power. The flow of blood stopped at once. Her faith made her well. A tiny seed of faith blossomed there, and the Lord felt it.

“Who touched Me? … Somebody has touched Me for I perceive that power has gone out of Me” (Luke 8:45-46). The woman heard the Lord. She’d been discovered, and there was nowhere to hide. She came to Him, trembling in fear but well for the first time in more than a decade. She fell before Him and testified of the miracle she experienced.

“Daughter.” How sweet that word must have sounded to this woman. She stepped out in public that day feeling helpless and unclean. She got her health and word of love to go with it. This was a validation and confirmation of the relationship that came to her from God.

The wild man delivered in Gadara got something similar. He became a son of God when Jesus set Him free. He so wanted to join Christ’s company and follow after Him. That should come as no surprise.

Jesus, however, gave Him something more – a mission to his home and his city. “Go, and declare how much God has done for you.” And the man obeyed. His witness to Jesus’ power touched many in that region. When Jesus came back around to this place, He was gladly received:  “for they were all waiting for Him” (Luke 8:40). They came to meet Jesus as the Legion man had done.

A smoking flax He will not quench; a bruised reed He shall not crush. His mercy endures forever and it fills all the earth (see Psalm 136 and Psalm 119:64).

This is the beauty of His holiness.