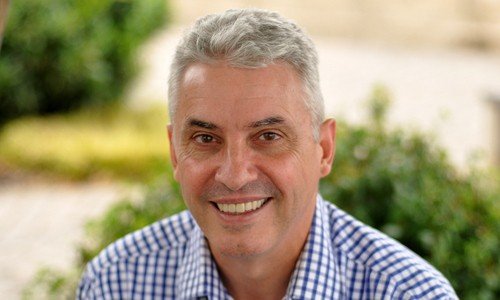 After spending more than 25 years as a newspaper reporter and editor, Steve entered full-time ministry in 2006 and is now the Assistant to the Senior Pastor at Greater Grace Church in Baltimore. He helps manage the church’s four weekly services; he also serves as writer and editor of its publications; he coordinates The Grace Hour radio broadcast; and he sings a song every now and then. He has taught at Maryland Bible College and Seminary since 2001. He and his wife, Jean Marie, were married in 1983 and reside in Baltimore. They are the parents of two sons and one daughter and have five grandchildren.