Staying Personal with God in Warfare 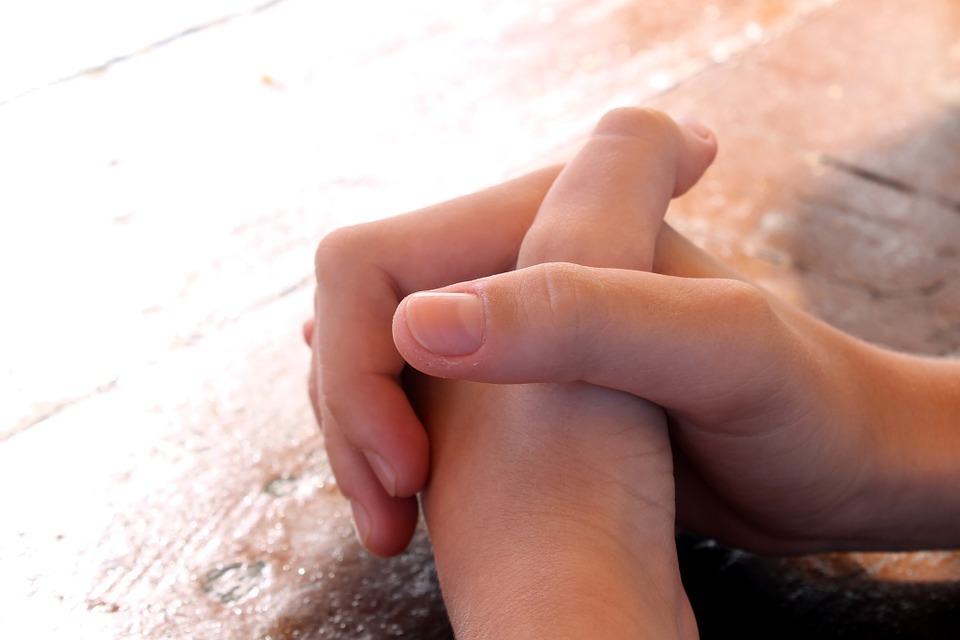 Our God is always personal with us — in His care of and affection for us, in His dealings with us, in His attitude toward us.  We see often in Song of Solomon that we are His Bride and that we can have a piercing effect on Him by our choices to look to Him, to speak to Him, to lean on Him in absolute trust, and to be confident in what He says.

Satan wants to depersonalize our relationship with the Lord - which subsequently weakens us in warfare. Click To Tweet

But Satan wants to depersonalize our relationship with the Lord — which subsequently weakens us in warfare — first by weakening our faith in what God has clearly said.  These are the first words he uttered to Eve after God had said specifically to not eat from the Tree of the Knowledge of Good and Evil:  “…Can it really be that God has said?” (Genesis 3:1, Amplified).  With an unprepared heart and, at that moment, a not-so-faithful covering, Eve listened to and pondered the God-hating serpent, putting into question God’s character and thus making it easier to disobey Him.  At that moment, she turned her back on God and experienced, for the first time, spiritual death.”

“…they turned back in the day of battle.”

We see in Psalm 78:8,9, how many hundreds of years after the Fall, the Israelites also were victims of Satan’s depersonalization process and, consequently, defeated in warfare:  “…a generation that set not their hearts aright nor prepared their hearts to know God, and whose spirits were not steadfast and faithful to God.  The children of Ephraim were armed and carrying bows, yet they turned back in the day of battle.”  Reading this makes many of us cry out for Grace to not let this happen in our lives, but instead to receive abundant Grace to prepare our hearts to know Him and to make our spirits steadfast, immovable, always abounding in believing what God says, not turning back from following Him in personal, family, relational, or corporate battles.

“…we are not carrying on our warfare…using mere human weapons.” (2 Corinthians 10:3)

The children of Ephraim were armed with weapons; yet, they turned back in the day of battle.  Contrast that sad piece of history with the account of David preparing to confront Goliath and the Philistines.  “Saul…clothed David with his armor;…bronze helmet…a coat of mail…his sword… ” (1 Samuel 17:38,39). But then we see in verse 39,  “Then he tried to go, but could not… .  And David said to Saul, I cannot go with these, for I am not used to them.  And David took them off.”

In the 21st century we might say, “I cannot be victorious over the enemy in spiritual warfare with mere human reasoning, opinions, and counsel, with the help of mere man and natural strength.  It must be “the Lord of hosts,” whose battle it is (1 Samuel 17:45,47), who must equip us for warfare.  And He has, as we see and often rehearse in Ephesians 6:10-17.

“For the weapons of our warfare are not physical …but…mighty before God for the…destruction of strongholds” (2 Corinthians 10:4)

There are two more “items” of spiritual weaponry vital for remaining “free indeed” in the angelic conflict in which we as God’s children are engaged.  Perhaps the greatest single effective weapon and protection we have is our personal relationship with Christ – a fellowship which we want to keep fresh, cultivating it diligently.  Andrew Murray writes, “Without the experience of His daily presence always abiding with us, our daily walk will have no power. The secret of our strength is in the Spirit of Jesus Christ being with us every moment, inspiring and directing and strengthening us” (from Absolute Surrender).

“The greatest benefactor this age could have is the man who will bring…the church back to prayer.” (E.M.Bounds)

Secondly, prayer cannot be overemphasized as a provision of protection and strength.  Paul, after giving a clear description of “the whole armor of God” in Ephesians 6:10-17, continues in verses 18 and 19:  “Pray at all times (on every occasion …) in the Spirit, with all … prayer and entreaty.  To that end keep alert and watch with strong purpose and perseverance … And [pray] also for me.”  If indeed we have cultivated an ever-deepening, ever-growing communion with the Lord Jesus, prayer will be part of the overflow of this sweet, satisfying companionship with Him, without struggle or self-effort, although Grace is received to be diligent, disciplined, and consistent in this privilege of prayer.

“No reserves. No retreat. No regrets.”

With these weapons of our warfare in hand, in place, and in use by God’s Grace, our confession at the end of our lives will be comparable to the words above,  found in back of the Bible of the 25-year-old missionary, William Whitely Borden, who went home to be with the Lord while in Egypt, where he was studying Arabic in preparation for taking the Gospel to the Muslim population of northwest China. With many people (including family and friends) opposing this decision, with the powers of darkness trying to discourage him from obeying the Great Commission, Borden pressed on, not “turning back in the day of battle,” because he had learned to stay very personal with the Lord Jesus Christ in warfare, who till the day he went home, was his “All and in all”.