Talitha Cumi and Other Miracle Words 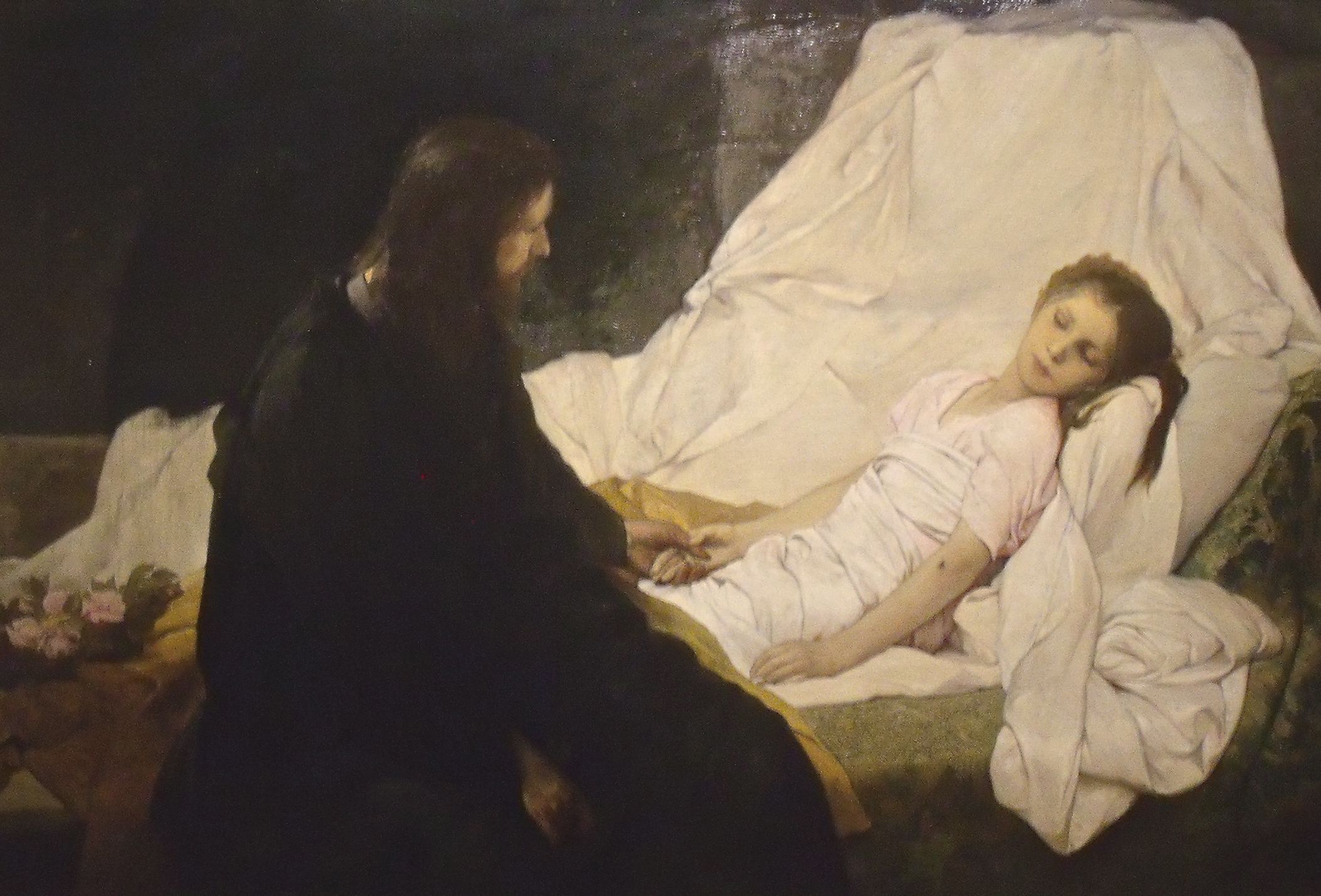 These words from Jesus are found in the fifth chapter of Mark. This gospel records them in the Aramaic, the language common to the region where the Savior walked on earth. It was the language of the highways and the fields, the markets and the homes in that area.

The words were spoken to a girl, 12 years old, who was at that point, dead. She was the only child of her father, Jairus, one the leaders of the Capernaum synagogue. His heartsickness and desperation brought him to the feet of Jesus. He begged for a miracle for his girl.

Jesus came to the home and spoke words of life.

I think the writer of this gospel account used the original language to show how simply Christ employed His authority. The Savior took the girl’s hand into His and spoke. That’s all He did.

Jesus did not string together an incantation. He did not use religious terminology.

Jesus talked with quietness and confidence. There was no thunder to His manner in this incident. There was no lightning bolt force in His declaration. But Light and Life did come. Resurrection was the result. His command was short and the result was so sweet.

Interpretation:  “Little girl, I say to you, Arise.” Right away, the girl was on her feet.

A house shadowed and full of the howls of sorrow and gloom became a scene of amazing joy. When He arrived at Jairus’ home, Jesus met scoffers and scorners, ones who laughed at His suggestion that the girl was merely asleep. He cleared the faithless and fretful from the room and muzzled their groans with those simple words.

The Importance of Food

The girl was alive. Her sickness was gone. Life triumphed for God had come. The astonishment of those present could be felt, I am sure.

And then Jesus commanded that the girl be given something to eat. This part of the story, the last words related to the encounter with Jairus, his daughter, and his family, can be easily overlooked and glossed over as a minor detail. This instruction of the Savior actually is pretty significant.

To have the girl eat something brought home the reality of her restoration to life. She was no ghost, as some present there were surely thinking of her. She was alive again in every way, and what better way to prove this than to have her bite into a sandwich.

The importance of the girl taking food is confirmed by the Lord Himself in Luke 24. In this chapter, Luke related a series of Jesus’ post-tomb appearances. He showed up on the road to Emmaus, walking with two terrified disciples who thought the safest thing to do was to get away from Jerusalem. They ran away when the women who went to the tomb said angels had told them that Jesus was risen. He walked and talked with them, setting their hearts afire with the truth of the Scriptures before making Himself known when He broke bread with them.

The reality of God and His work among us comes down to these little things. Click To Tweet

These guys rushed back to Jerusalem. They reached a room full of fear and excitement. Peter had seen the resurrected Jesus just as these two men had seen Him.

And then the risen Lord showed up. “Peace by unto you,” He announced.

Several in the room were in terror. Jesus knew the thoughts of their hearts and sought to calm all the fears. He was present in full. His Person was new and glorious and real; He bid them to touch Him, to examine His hands and His feet. And then He put an exclamation point on it all.

Short miracle sentences were always coming from Christ. It was how He revealed the majesty of Himself.

The man with the withered hand met Jesus in Luke 6. The Lord said, “Stretch out your hand.” That’s it. The man listened and reached out to Jesus. He hand was made new.

To the man who suffered with crippled legs for 38 years, a man who sought to find wholeness through the stirring of pool called Bethesda, Jesus said, “Rise, take up your bed, and walk” (see John 5). Again, a brief set of statements that changed a life.

To Lazarus, the brother of Martha and Mary who had lain dead for four days, Jesus said only this:  “Come out” (see John 11).  And then there he was, alive again — albeit bound in grave clothes that had to be stripped away from him. Later, in John 12, what do we read next of Lazarus? He is at a dinner table with Jesus.

Simple words, short sentences, all of them full of the authority of Heaven. Let there be Light and there was Light. This is how our Bible begins. Whatever the Lord speaks is so.

Sometimes I believe we are all like that little girl. We feel kind of dead and even without hope. What we need are words from Jesus, works such as these:

“Arise,” He says to us. And get something to eat while you’re at it.