Taste the Honey of the Word 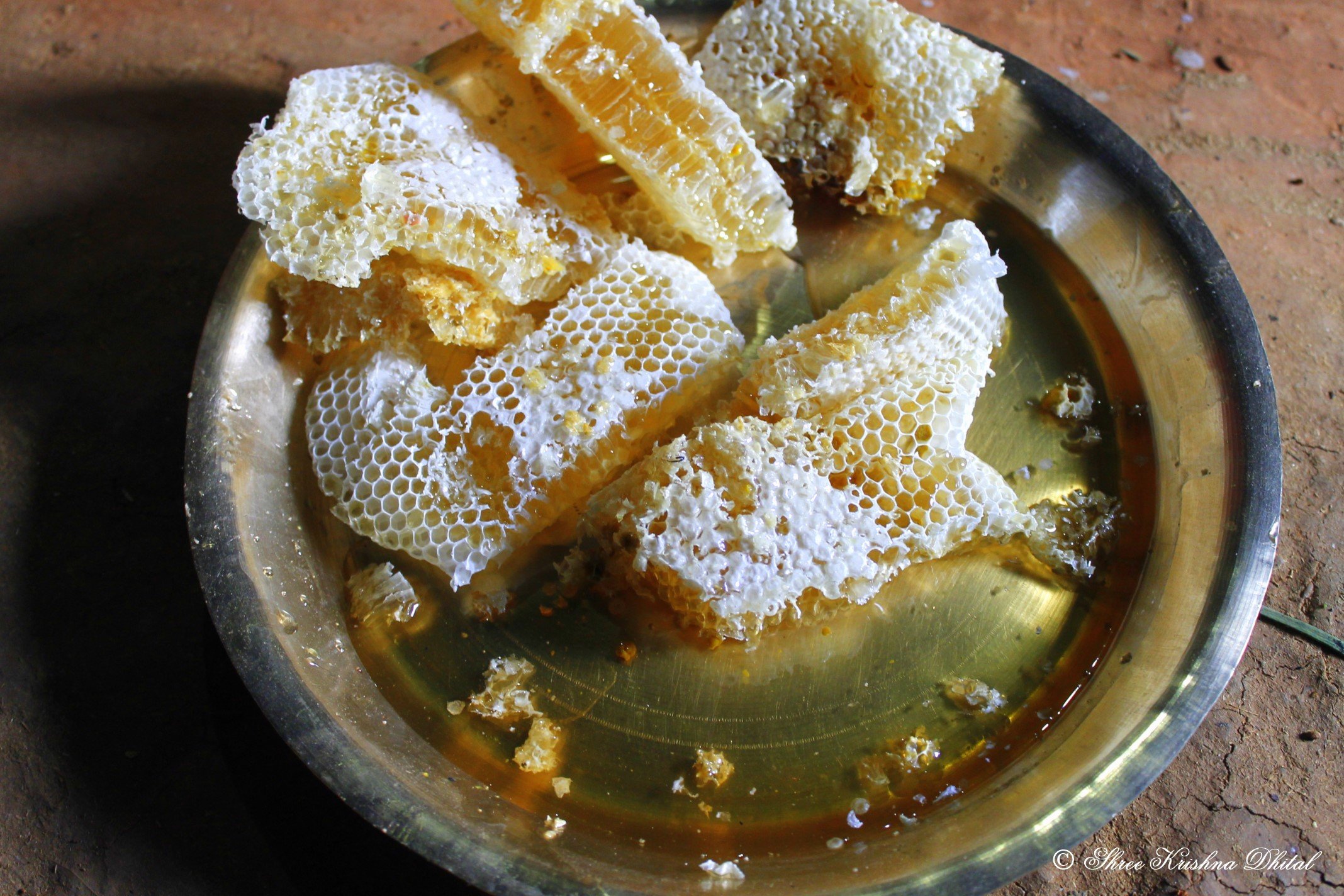 Jonathan took a taste of honey in 1 Samuel 14. His eyes brightened in an instant. The sweetness touched him in the midst of the warfare he had waged versus the Philistines.

There was a problem, however. Jonathan’s father, King Saul of Israel, had decreed that no one in the army was to eat until the enemies were vanquished. Any soldier who ate before the victory would be killed on the spot.

It was a strange order to put upon fighting men. These warriors were trained to conquer and continue as they fed on the spoil as they went along. In this case, they were ordered to simply fight and fight and fight.

Jonathan and his armor bearer had just taken out a group of Philistines. He returned to the army camp unaware of the order about eating. And there on the ground he saw the honey. He stuck the end of his spear into the honey and brought it to his mouth. He ate and felt refreshed.

Imagine the gasps he heard from the other fighting men, famished and fearful of the king’s decree. Eventually, King Saul discovered Jonathan’s violation and purposed to execute his son, until the other soldiers intervened to save his life.

There’s a lot going on in these pages of the Bible. In sum, the kingdom was in a state of confusion, and turmoil ruled the mind and emotions of the king. Saul had somehow come to view David, the national hero and slayer of Goliath, as a rival to be eliminated. Meanwhile, Jonathan recognized David’s anointed leadership, courage, and spiritual sensitivity. Both Saul and Jonathan would wind up dead on a battlefield in Gilboa. David did, at last, ascend to the throne of Israel.

This story of Jonathan should speak to us in deeper way. We should make sure to get beneath the historical record to see that there’s something here about honey on the ground and about those who find it and eat it.

This Word-as-honey theme is threaded throughout the Scriptures. John the Apostle takes a little scroll from an angel and is commanded to eat it in Revelation 10. The scroll was sweet in the mouth of John, but his belly was soon made bitter (see Revelation 10:8-11).

The encounter regarding John points to the way of believers in this world. We learn sweet things, amazingly wonderful things about what’s ahead for us in the plan of God. And yet we remain in a world that lies under the rule of the wicked one.

Sweetness — it’s pleasant to taste and see that the Lord is good, for sure. The Word has been opened to our hearts and minds by the Holy Spirit. We have been shown things to come. The knowledge of these truths excites us, as well it should.

There’s honey on the ground. The Lord has sent His truth to the earth, to men and women formed first from the dust. Click To Tweet

There’s honey on the ground. The Lord has sent His truth to the earth, to men and women formed first from the dust. Jesus spoke in parables — down to earth stories that were given to touch the simplest and purest of hearts.

It is a sweet thing to know that God’s plan shall culminate in perfection. Being heavenly minded is vital. Seeing things to come forms our sense of security and purpose.

Let’s taste these truths. Let’s eat them up. This means we are to take heed how we hear. Job tells us that the ear tests words as the mouth tastes food (see Job 34:3).

Thinking is necessary, especially in days of adversity. And what are we to think? We are to think more and more about how God promises to work all things together for good.

What of John’s bitter belly? I think we could look at this in a couple of ways. First, it’s that rumbling on the inside that comes from nervous tension, the unsettled feeling we get when we anticipate something big and beyond our understanding. Think of a bride as she steps into the aisle that leads to the wedding altar. She’s all dressed up and made ready for honor and pageantry, but she still holds her doubts and fears just as we do, as members of the Church, the collective Bride who is destined to be wedded to Christ.

Another way to see the bitter belly is the indigestion we get from contemplating the reality of wrath. God is righteous and in His holiness He set a moral code and fabric into His Creation. Wrath is the progression of consequences that are set loose in this world as a result of man’s disorder with God.

Choices and decisions are made. Things are done. And the results fall along the lines of Heaven’s order in life and death, blessing and cursing (Deuteronomy 32).

We weep. We mourn. We pray. We seek God for our neighbors, neighborhoods, and nations. Our disappointments and fears must be poured out before the Almighty One.

Let us hold fast to the truth of resurrection and restoration. Jesus defeated the power of death and He announced with His triumph that an eternal Day of the Lord shall come. A New Heaven and New Earth are on the way. And when they those realities come, they shall have no end.

Seek first the kingdom of God. That’s the wisdom we need for our days. Let’s eat the honey. Let’s enjoy the sweetness that He has given to us through His Word as we read it and hear it and talk about it.

For more about this subject, please check out “The Honey for Your Blues,” a message preached by Thomas Schaller, Pastor of Greater Grace Church in Baltimore.