The All We Have to Give 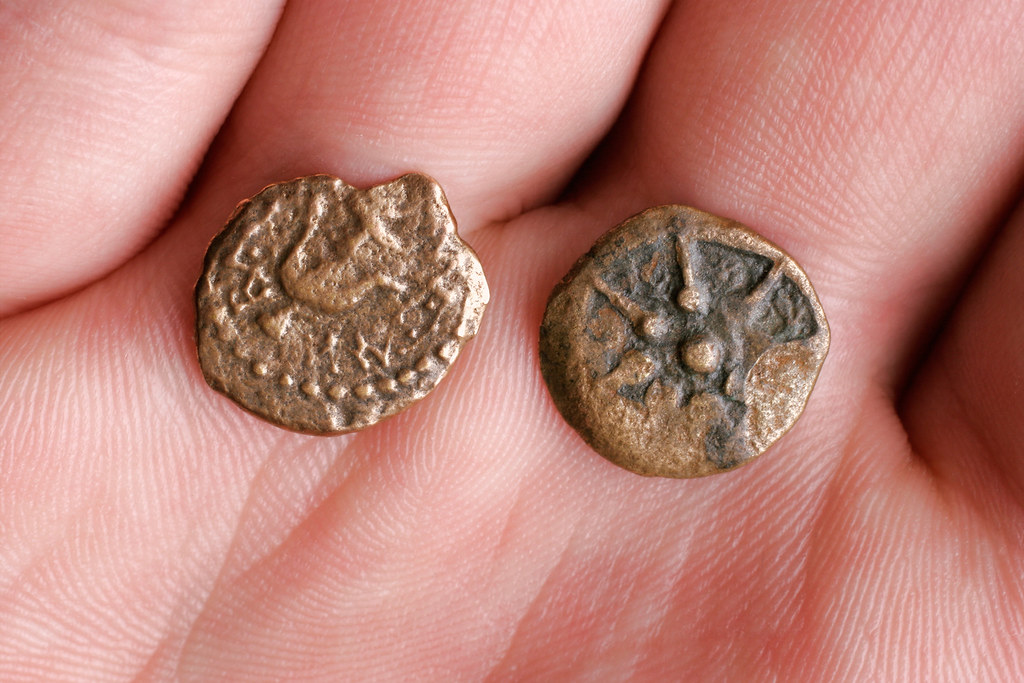 A widow marched to the offering box with all that she had, as we read in Mark 12. Just two mites were in her hand – all of the money she had to her name. A mite represented the smallest and least valuable of the coins in circulation during Jesus’ days on earth. It is likely that a single penny plucked out of a gutter on Dundalk Avenue would count for more monetarily than what this woman gave.

Others in the giving line that day, for sure, deposited far more by economic and business standards. But were these ones being as generous as her?

On this day, the Lord was watching and He liked what he saw.

Jesus took note of this widow and her gift, and He rejoiced. He gathered His disciples to Him and made much of her. “Truly I tell you, this widow has put more into the treasury than all the others,” the Savior explained (see Mark 12:43).Here was someone willing to give her all to the work of God. Her action revealed a wealth, a richness that exceeded the riches as they are measured by our world.

The One with Almost Everything

This story comes to us a couple of chapters after Jesus encountered a rich, young ruler. That man was a man of means. He had money, youth, and power – everything that the world counts as valuable was his.

Still, this rich, young ruler was missing something and he knew it. He surmised that he was somehow poor. The sense of his poverty brought him to Jesus. He fell before the Savior and asked:  “Good teacher, what must I do to inherit eternal life?” (See Mark 10:17).

Jesus first deflated his words of flattery – “Why do you call Me good? None is good except God alone” – and then told him to keep the commandments. These things, the man claimed to have done from his youth.

Next came what Mark described as a moment of divine affection:  “And Jesus, looking at him, loved him, and said to him, You lack one thing:  go, sell all that you have and give to the poor, and you will have treasure in heaven; and come, follow Me’” (see Mark 10:21).

Go, sell, give, come and follow. Simple and huge commandments had been laid before the rich, young ruler; these commandments were directed straight at his heart. He was unready for such an answer. He left the scene in dismay and grief, Mark wrote, for his possessions were many and these things possessed him, as they so easily do when we wed ourselves to the ways of the world.

Jesus sorrowed too at that moment. “How hard it is for those who have wealth to enter the Kingdom of God?” He lamented to His disciples as the man walked away.

What became of this rich, young ruler?

We aren’t told specifically. Some have conjectured that this man was really John Mark himself, the very one who wrote the story. The Bible, however, leaves open the question of his identity. The Word of God refuses to behave like fairy tales and legend stories. Tidy endings very often go missing, and we are left in wonder and moved to consider afresh His unsearchable judgments, His ways that are passed finding out (see Romans 11:33).

What the Bible does clearly tell us is this:  “Seek the Lord and His strength, seek His face evermore” (Psalm 105:4). His face, God wants us to come before His face.

Could it be that the rich, young ruler had this going on inside of him? Jesus was there and this man wondered of a better life, of a life before the Lord, of a life eternal and forever, of the life missing among his prosperity. And so he sought the face of God in Jesus. He put himself right there.

Oh, how rich we are because of our faith in Him. May we realize this eternal reality. And may we be generous with the love and faith the Lord has poured into us. Click To Tweet

This brings to my mind Ecclesiastes 3:11:  “[God] has made everything beautiful in its time. Also, he has put eternity into man’s heart, yet so that he cannot find out what God has done from the beginning to the end.”

The widow had so little by sight. Something in her brought her to the Temple on that day. She saw the richness of God and His grace. She committed herself to Him. She was richer than she, or anyone of the others giving that day, could imagine. She embodied what James wrote:  “Listen, my beloved brothers, has not God chosen those who are poor in the world to be rich in faith and heirs of the kingdom, which he has promised to those who love him?” (James 2:5).

The rich, young ruler, perhaps, wanted to be an heir in the Kingdom. He wanted peace with the Lord and an understanding and security in the life that comes from above. I pray that he did bring himself to heed the words of the Lord. I want to believe that he gave away his possessions to possess what really matters.

Oh, how rich we are because of our faith in Him. May we realize this eternal reality. And may we be generous with the love and faith the Lord has poured into us. Let us bless others and forgive and show mercy and walk before Him in His greatness.

Small things are never despised by Jesus. Anything given with the whole heart is worthy of honor for what the world sees as last is made first in Heaven.