The Answer to Hosanna 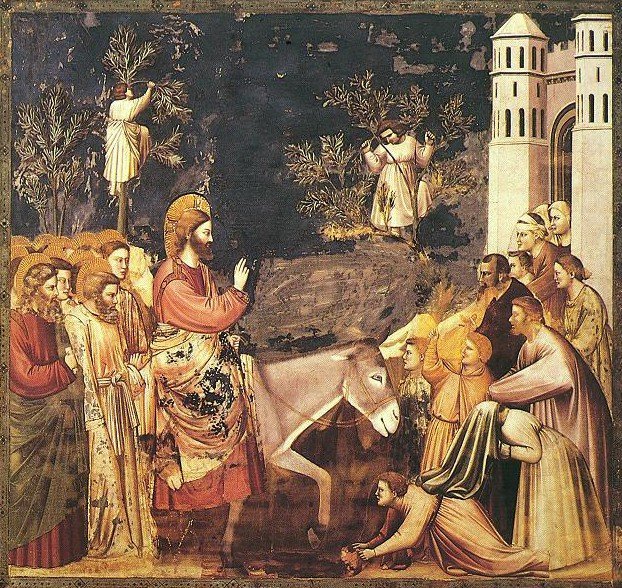 Jesus arrived at Jerusalem on the foal of an ass. A young animal, never before ridden, was the vehicle of the King. No trumpets sounded to announce Him. No army preceded Him. No chariot was provided.

This was as the prophet Zechariah said it would be: “Rejoice greatly, O daughter of Zion; shout, O daughter of Jerusalem: behold, thy King cometh unto thee: he is just, and having salvation; lowly, and riding upon an ass, and upon a colt the foal of an ass” (Zechariah 9:9).

That day many were there to welcome and celebrate Jesus. Crowds lined the streets, a makeshift carpet of palm branches and garments covered His route. Shouts rang out: “Hosanna to the Son of David; Hosanna in the Highest.”

“Hosanna” was a Hebrew cry for help, for salvation. “Save us,” the people were saying.

The Son of David

The news of Jesus had circulated through the region of Judea. This carpenter’s son from Nazareth had spoken gracious words and done mighty works. Diseases had been healed; demons driven away; blind eyes opened; bread and fish multiplied; even the dead had been made alive again.

The way of Jesus captivated the consciousness of those stifled by the captivity they had lived under for centuries. Since the days of Babylon, the nation of Israel had been without a king of her own. The Romans were the latest empire builders to take control of the Promised Land and its people.

The Jews expected a deliverer, a man of action, a restorer of their nation and their fortunes. They pined for the days of Solomon, for a return to the season when they were the head and the envy of the earth’s other empires.

Now, a Son of David was here again.

No one had done the things Jesus had done. Was He the One? The Messiah? The Anointed One? “Hosanna,” they shouted, almost begging Him to assume authority.

Such a rallying to Jesus was not new. John 6 reports of a manic mood that gripped a mob after He fed 5,000 from a few loaves and fishes. Jesus sensed then that a crown was about to be forced upon His head. He hid Himself away to pray and then walked across the Sea of Galilee to meet His disciples.

The next day Jesus delivered some choice statements: “Eat My flesh … drink My blood.” These words baffled and frustrated casual followers of Him and so these just drifted away.

Crisis averted — until Palm Sunday, that is.

Now, Jesus was at Jerusalem, the City of David, Israel’s place of government, the home of her Temple. Surely, the thought had crossed many minds in the city that day that He came to take up His rule.

Jewish leaders scrambled to quash such thoughts. They had grown increasingly irritated and anxious at the presence of this One. The power of Jesus was undeniable. He had to be stopped.

Before the week was out, Jesus was dead. He was lifted up, hung on a Roman cross. Indeed, a crown had been forced upon Him, one of thorns rather than one of silver or gold.

Saving to the Uttermost

Some of the same voices that shouted “Hosanna,” shouted, “Crucify, crucify.” And, this time, their loud cries were answered. To Golgotha went the innocent One to perish between two thieves. His offense? Being King of the Jews, for so wrote Pilate, the Roman governor, on the charging placard nailed above the Savior’s head.

Jesus was dead, but He was not gone. Within three days, the earth shook, His tomb opened, and Jesus rose again. He had come to save, but to save in a much more important way.

In crucifixion, Jesus really answered the “Hosanna.” The people clamored for a salvation, but the saving they looked for was small and shallow.

The salvation accomplished at Calvary went above and beyond; His salvation goes high and deep. Click To Tweet

Jesus came to save to the uttermost (see Hebrews 7:25).  The salvation accomplished at Calvary went above and beyond; His salvation goes high and deep. His sacrifice of Himself as the Lamb of God speaks to Heaven, to Hell, and to everyone and everything into between. His death served to deliver all from death.

The One who came upon the foal of an ass accomplished a triumph no earthly king could ever bring. He won a battle that only He could win.

This was the mission of Jesus, the Son of Man. His life had to be given as ransom for the many. Justice had to be served for the sins of the world, and it was served upon the spotless humanity of Christ.

The Hosanna fulfilled, those who draw near to Him now shout, “Hallelujah! Salvation and glory and power belong to our God” (Revelation 19:1).

The reign of Jesus shall come. At His next arrival at Jerusalem, He shall descend from the clouds upon a white horse followed by the armies of heaven (see Revelation 19:11). He then shall set up a Kingdom that shall have no end.

For more about these things, check out “Shout, Rejoice, the King has Come,” a message preached by Thomas Schaller, Pastor of Greater Grace Church of Baltimore.