The Betrayer Had Clean Feet 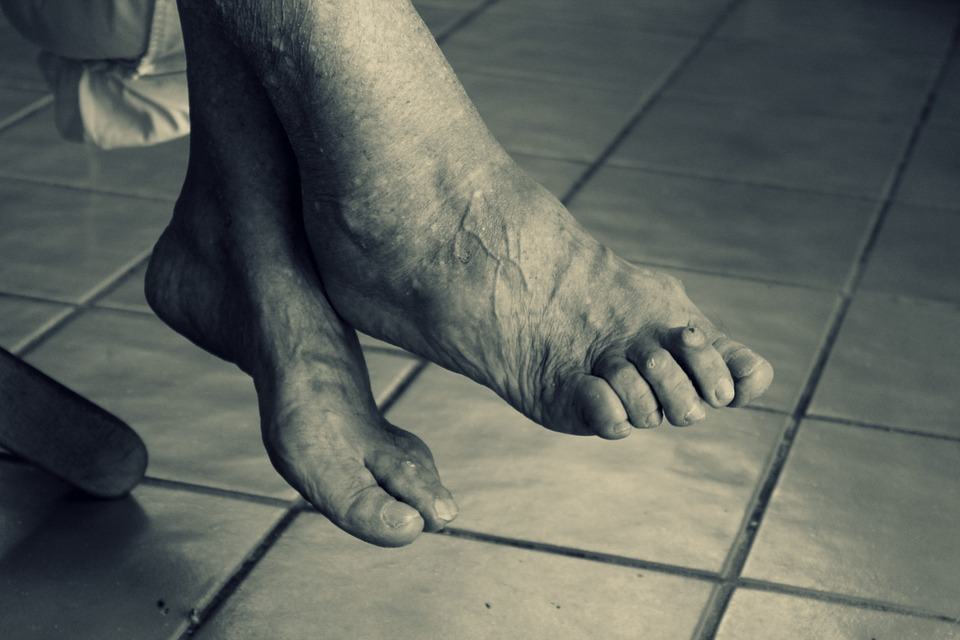 “[Judas] then having received the sop went immediately out: and it was night” (John 13:30).

This is the middle of the story of Judas and his betrayal of Jesus as we read it in John 13. He turned traitor. Here, he takes his leave from a life as a follower of Jesus.

Judas goes out and it is night. He steps away from the “Light of the World” into darkness. He has given himself over to be a tool of Satan. Jesus saw it coming.

As he went out from the supper that night, I wonder if Judas noticed something about himself.

Did Judas look at his feet before he walked out on the Savior? The betrayer had clean feet. And, it was Jesus who washed them for him.

“Jesus knowing that the Father had given all things into his hands, and that he was come from God, and went to God; He riseth from supper, and laid aside his garments; and took a towel, and girded himself. After that he poureth water into a basin, and began to wash the disciples’ feet, and to wipe them with the towel wherewith he was girded.” (John 13:3-5).

At the beginning of John 13, Jesus stunned His disciples by stripping down, taking up a basin, and tying on a towel. He presented Himself as the “Servant of All,”  the Servant of even His traitor. Their Lord and Master did this and later told His followers to do the same.

Reaching to the Lowest

Within a few hours, Judas will show up at Gethsemane along with a horde of soldiers with swords and torches and chains. He will lead the force in its invasion of Jesus’ place of prayer. He will plant kisses on the Lord, a signal to the mob that this is the One to arrest.

With all of this activity on the very aware mind of Jesus, He still showered his traitor with a kindness. He gave His betrayer clean feet.

In Luke 7, Simon the Pharisee had Jesus over for dinner. In the midst of the meal, a heartbroken and sin-weary woman fell at the Lord’s feet and washed them with her tears. This story makes sense to us. We see Jesus as worthy of such worship; all of us must come to His feet and bring our baggage of failure. Our faith in Him and His forgiveness makes a whole.

The John 13 scene, however, shows us just how far Jesus reaches toward the lost. Our God is the seeking God and always has been. We see it in Genesis. Following the fall of Adam and Eve, God came seeking the ashamed man and woman. He called, “Adam, where are you?” (see Genesis 3:1-9).

With the washing of Judas’ feet, was Jesus saying to His Apostle, “Where are you?”

But Judas was already gone. The Jewish priests and leaders secured his cooperation; it had been bought for 30 pieces of silver.  The traitor hurried out, moved with the adrenaline of his involvement in this hellishly orchestrated mission. Later, Judas, cast aside by Satan, was left to himself and a cloud of human remorse. He sought some way out of it all by going to the priests and tossing the silver back at them. Overwhelmed with his guilt, Judas hung himself. What a tragic end for one who had walked and talked with the Savior.

Serve and Bless Even Those Who Use Us

The traitor never heard the words Jesus would say from the Cross – “Father, forgive them for they know not what they do” (see Luke 23:34). Had Judas heard these words, could it have changed anything? I like to think that it could have. It bothers me to think that Judas was born merely to be Satan’s puppet in the initial acts of the Golgotha passion play.

Such questions seem incomprehensible for our little brains. One day, perhaps, we will get the answers. But I am not sure that I will care about such details when I am enjoying the presence of the Lord in all of its fullness and glory.

With the washing of Judas’ feet, was Jesus saying to His Apostle, 'Where are you?' Click To Tweet

The way Jesus treated Judas is something we must pay attention to in our times. Those who follow the way of Christ and His Word are becoming subject to mockery and ridicule. The precepts of the Bible are being labeled as unreasonable and bigoted.

We find ourselves in the presence of some who would betray us, who speak evil of us, and who even seek to prosecute us for what we believe. Our attitudes regarding restrooms and relationships could land us before judges and juries.

Can we wash the feet of people such as these? It is surely beyond our capacity in the natural. However, by the Spirit of God, we can bless those who use us. With the water of the Word of God and the strength of our testimony as servants, we reveal Him.

We can love enemies with the love of the Lord. This was the way of Jesus, even with His betrayer.