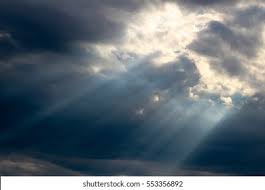 They realized that it was the Lord Who first made them willing to do what was asked and then HE did it. Click To Tweet

How many times have we known that the Lord has clearly called us to some place or some task, or some person, and yet we feel utterly incapable and inadequate to fulfill that call?  Those who penned the following verses perhaps felt that way at times, and yet through them came to know the faithfulness and the never-weakening character of God.  Or, in other cases,  they realized that it was the Lord Who first made them willing to do what was asked and then HE did it, as we read in Philippians 2:13.  Let’s consider some of these “cause to” passages:

In Ezekiel 2:1,2, after seeing the glory of God, the prophet fell on his face and heard the Lord saying to him, “Son of man, stand on your feet, and I will speak to you.  It seems that by himself Ezekiel couldn’t, because it follows that the Holy Spirit entered into the prophet and caused him to stand on his feet, and only then was he able to hear what the Lord had to say to him.  Then in Ezekiel 3:1,2 we read that the Lord said to him,  ” ‘Son of man, eat what you find, eat this scroll and go, speak to the House of Israel.’  So I opened my mouth, and He caused me to eat that scroll.”   It appears that the prophet was so overwhelmed by the Presence and words of the Lord that he needed the Spirit to perform what the Lord was asking.  Another passage in Ezekiel where the enabling aid of the Spirit is promised is in chapter 36:27:  “I will put My Spirit within you and cause you to walk in My statutes, and you shall heed My ordinances and do them.”

All of these men of God trusted in the gracious and merciful Character of God enough to dare to petition Him in such a way. Click To Tweet

In Genesis 41:52 we learn that Joseph named one of his sons Ephraim, which in Hebrew means “God has caused me to be fruitful in my affliction.”  This reminds us of  what the Psalmist said in Psalm 119:67,71,75,  where he expressed gratitude to the Lord for the benefits of having afflicted him.  He also said in verse 49, “Remember Your Word to Your servant, upon which You have caused me to hope.”   Another Psalmist – David, the “sweet  Psalmist of Israel” –  wrote in Psalm 23:2 that  the Lord “makes me to lie down in green pastures …”.   He wrote in Psalm 65:4a, “Blessed is the man whom You choose and cause to approach You, that he may dwell in Your courts.” Then in Psalm 143:8 he pleaded with the Lord:  “Cause me to hear Your lovingkindness in the morning, for in You do I trust;  Cause me to know the way wherein I should walk.”  All of these men of God trusted in the gracious and merciful Character of God enough to dare to petition Him in such a way.

This next example comes from David’s son, Solomon, and is one of my favorites when it comes to making decisions and plans:  “Roll your works upon the Lord [commit them wholly to the Lord and trust Him;  He will cause your thoughts to become agreeable to His Will, and] so shall your plans be established and succeed.” (Proverbs 16:3, Amplified).  What a promise!  And we’ll consider now one last  “cause to” verse in the Old Testament:  “I will cause you to hear My words” (the Lord speaking to Jeremiah at the potter’s house in Jeremiah 18:2).  These petitions and promises are so encouraging, especially in those times where we feel too weak or inadequate to do what we know the Lord desires.

There are only a few “cause to” promises in the New Testament.

We will mention  two precious “cause to” promises in the New Testament (which seem to be rare there),  then briefly consider a few using the words “let” or “let not”.  First, in Matthew 11:28, in the Amplified Translation, we read:  “Come to Me, all who are weary, heavy laden, and overburdened, and I will cause you to rest….”   This promise eliminates the “try to”‘s when it comes to resting …. which only make us more weary!  Next,  in II Corinthians 2:14, Paul declares, “Now thanks be unto God, which always causes us to triumph …” (KJV).  Finally, although we don’t see in II Thessalonians 5:24 the words “cause to”  we see the same principle:   “Faithful is He Who is calling you to Himself and utterly trustworthy, and He will also do it [fulfill His call by hallowing and keeping you].” (Amplified)  As was said in the beginning of this post, anything to which God calls us, He will direct our steps (Jer.9:23) and by the Spirit of Grace in us, “He will also do it”!

What is the reason for this?  Perhaps it’s because the Holy Spirit was not yet indwelling the people of God, permanently, and therefore they were painfully aware that they could not perform what the Lord asked of them …. unless He caused them to do the task requested.   For example, Ezra, while writing Psalm 119, was so weak and flattened by horrific circumstances that we often see “make me to walk in Your statutes”;  “cause me to know”;  and many more such pleas because he knew he’d fail without the Lord’s help and strength.  David also often prayed, “Cause me to hear”;  “Cause me to know”;  “Cause Your face to shine on me”, etc.  To David the Lord was everything, his all and in all, and he often encouraged himself in the Lord his God (I Samuel 30:6b).  But in the Church Age, the Dispensation of Grace, we have the Spirit of Grace dwelling in us to give us the power to let the Lord Jesus Christ take over our vessels and to let the Holy Spirit have all of us.  It is He, after all, Who promises that He does the work (Philippians 1:6;  2:13).

These introductory command words appear in both the Old and New Testaments and can express either a wish or a prayer (e.g., “Let the little ones come to Me…”, Matthew 19:14);  or they can be construed as “Grace words”, meaning to permit or allow ….. actually,  if obeyed, allowing the Lord Jesus to take over!  A couple of examples in the Old Testament are Psalm 39:14, “Let the words of my mouth and the meditations of my heart be acceptable to You, O Lord!”;  and Ecclesiastes 5:2, “Let not your heart utter anything hastily before God.  For God is in Heaven and you on earth;  therefore, let your words be few.”

But when we see the “Let”‘s and the “Let not”‘s in the New Testament there is such a sense of empowering Grace as we read them.  We’ll look at just a few examples.  In John 14:27 the Lord Jesus comforts His disciples before He leaves this earth:  “Peace I leave with you;  My own peace I now give … to you. … Do not let your hearts be troubled, neither let them be afraid.  [Stop allowing yourselves to be agitated and disturbed;  and do not permit yourselves to be fearful and intimidated and cowardly and unsettled.]” (Amplified)    We do not have to worry about situations that arise that are beyond our control or our natural ability to deal with;  we have Grace upon Grace upon Grace promised to us (John 1:16) which will always be sufficient for every need we have.

In Hebrews 10 we see in three consecutive verses this phrase:  “Let us draw near with a true heart in full assurance of faith …”.  (v.22)  “Let us hold fast the confession of our hope without wearing …” (v.23)  “Let us consider one another in order to stir up love and good works.”  We read these instructions and we KNOW that we can walk in them, because we have GRACE.  Two chapters later, in Hebrews 12:1, we read, “Therefore we also, since we are surrounded by so great a cloud of witnesses ,let us lay aside every weight, and the sin which so easily besets us, and let us run with patience the race that is set before us.”

We have GRACE, and it is always enough to take care of every need.

We have GRACE, so let‘s receive it and trust in its sufficiency for us to walk in obedience to what the Lord says, including all the “let”‘s  and the “let not”‘s.  Let’s always remember that it is “the Word of His Grace” (Acts 20:32), and that it is inexhaustible, “superabounding and overflowing” and those that receive it will reign as kings in life by Jesus Christ (Romans 5:17).