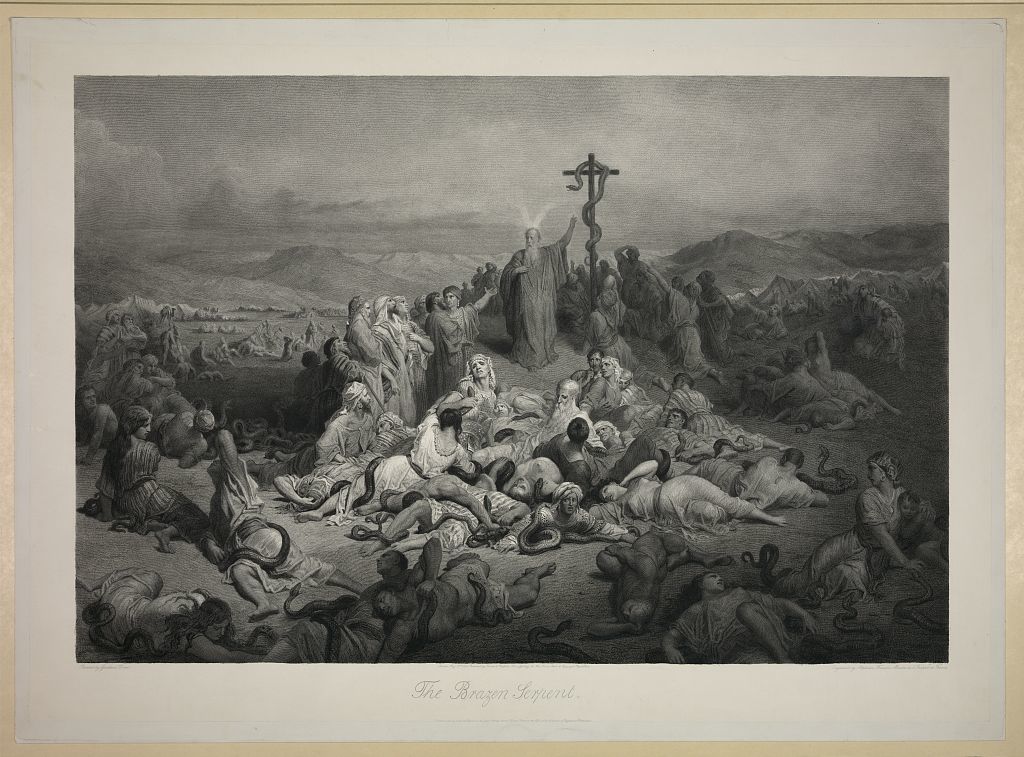 The curse of a complaining spirit can be read about in our Bibles, in the book of Numbers. The people were unhappy with God and with Moses, the man whom God has raised as their leader. It got so bad that a number of the people thought of their old homes in Egypt and their cruel enslavement there as something better than their present circumstances.

How quickly we as humans lose sight of the hand of the Lord in our lives.

The people of Israel had seen so, so much. God sent plague after plague upon Egypt as its Pharaoh refused to let the people go out to worship. The false gods of the empire were all exposed as powerless idols through the onslaughts of flies, locusts, afflictions, frogs, hail, fire, and darkness.

The climactic plague – the slaying of the firstborn – should have spoken loudly to the Israelites about how the issues of life and death rested in the hand of God. What an amazing message was revealed in the protection afforded under the Blood of the Lamb at the original Passover.

The cloudy and fiery pillar of the Presence of the Lord stood among them every day. These same ones saw the sea opened and a dry path made for their escape from the chariot forces bearing down on them. And where did those chariots wind up? Deep under the waters that closed over them after all of Israel had made the crossing.

Rocks became fountains of water when the people were thirsty. Manna awaited them every morning — it was a miracle food that came with the falling of the dew. It was, however, that very gracious gift of bread from heaven that became an object of scorn:  “And the people spoke against God and against Moses, ‘Why have you brought us up out of Egypt to die in the wilderness? For there is no food and no water, and we loathe this worthless food’” (Numbers 21:5).

The poison of the bitter words that were spoken grew infectious as crowds of serpents were allowed to form about them. The bites proved to be fatal to some.

The people came to understand the connection and pleaded for forgiveness from God and from Moses:   “’…Pray to the Lord, that he take away the serpents from us.’ So Moses prayed for the people” (Numbers 21:7).

The Son Lifted Up

God answered and showed Moses the way of healing. A serpent of bronze was fashioned and hung upon a pole. All who looked upon that image were made well and lived (see Numbers 21:8-9).

Oh, how great is the mercy of the Lord. He graciously gave the people something to bring health. He refused to leave them to the affects of their disputations and transgressions. Still, the ones bitten had to turn their eyes and look upon that serpent and pole.

The thing Moses was instructed to make for the Israelites was referenced by Jesus in the gospel of John. The Savior mentioned it as He talked of being born again with the religious teacher Nicodemus. “And as Moses lifted up the serpent in the wilderness, so must the Son of Man be lifted up, that whoever believes in Him may have eternal life” (John 3:14-15).

The serpent and its poison represent for us the preponderance of the sin nature in our world. Let’s face it:  we are so prone to gripe and express our frustrations. Any scan of the news that’s peddled on various media platforms turns up a number of bad reports and slanderous stories.

Really we cannot help ourselves. We, the human race in its entirety, needed an intervention, a sign from the Lord that could deliver us and makes us whole.

That sign, as we learn from the Word of God, is the Cross of Christ.

To Him on the Cross, we must look when we fail and see ourselves as lost ones and outcasts, when we are overwhelmed with feelings that we are defeated and cheated and battered and beaten up. This is the place where we must come and pour out our confessions.

See the Cross with your heart. And let your heart also listen closely and hear Jesus from the Scriptures as He says, “Father, forgive them for they know not what they do” (seek Luke 22:34).

The Way of Escape

It was poison infecting the religious and political power systems that led to the crucifixion of Jesus, an innocent man of full integrity. But all of us are implicated as complicit in that criminal act of execution. There’s poison in every one of us. We are all like snakes ready to bite. Psalm 14 tells us this: “The Lord looks down from heaven on the children of man, to see if there are any who understand, who seek after God. They have all turned aside; together they have become corrupt; there is none who does good, not even one” (Psalm 14:2-3).

And so the Son became one of us to die for all of us. He was lifted up from the earth to draw us unto Him.

The complaining spirit does linger, that’s for sure. It’s a persistent thing and so difficult to resist. King David knew this and he wrote a song about it:  “But I call to God, and the Lord will save me. Evening and morning and at noon, I utter my complaint and moan, and he hears my voice” (Psalm 55:16-17).

... bring those complaints to the Lord. He is the only one who can handle them. You may not experience immediate and instant relief, but you will have taken the big step in casting your burden from your weary shoulders. Click To Tweet

God is so faithful to provide the escape route for us when we are in temptation. Do you feel like complaining? Well, just bring those complaints to the Lord. He is the only one who can handle them. You may not experience immediate and instant relief, but you will have taken the big step in casting your burden from your weary shoulders.

At times, I have done this and realized that the real issue is me. It is usually that I really hadn’t been talking with God as much as I should have been. That is, I felt bitten and sort of poisoned and so I started to bite and poison others. And then He got my attention — sometimes by letting me get stuck in a tight and uncomfortable place.

The only answer in those seasons is to look to the Cross. I had to turn from my own thoughts and look to Jesus and see Him lifted up for me. When I do, He sets me on my feet and gets me moving in the right direction – in His way, His truth, and His life.

For more about looking to the Cross, check out the message “Look to Jesus and Live” by Thomas and Justin Schaller preached at Greater Grace in Baltimore.