The Cross and the Glory 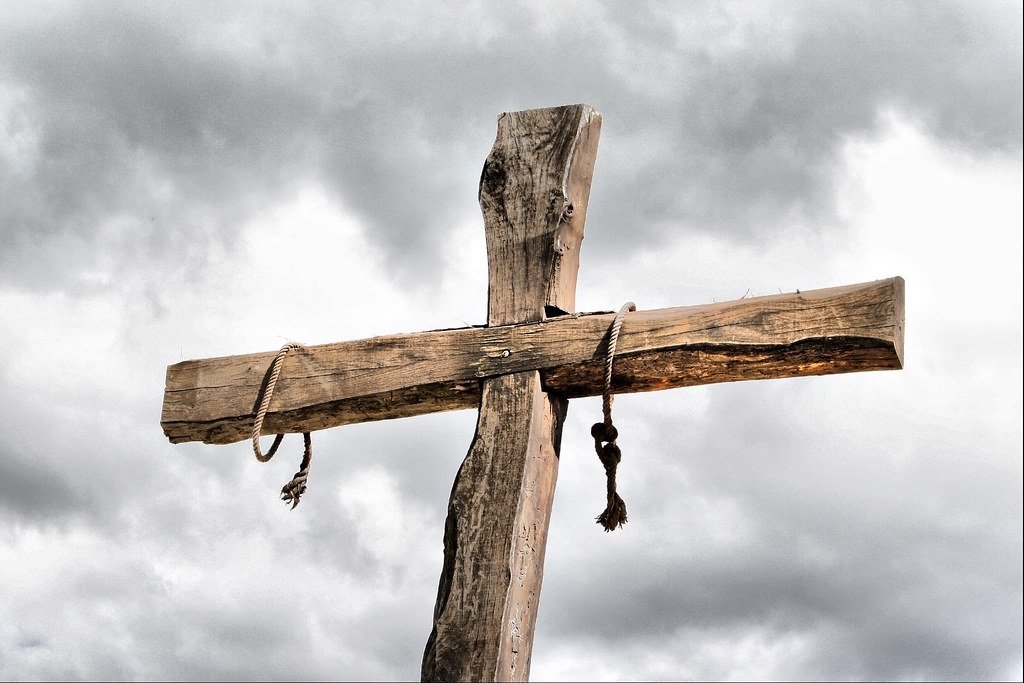 Peter blurted out the truth:  “You are the Christ, the Son of the living God.”

Jesus commended him for having the heart to hear what Heaven had to say about the Son. The Savior initiated this conversation about Him by asking His disciples about the news on the street. “People are talking, and just what are they saying about the Son of Man?”

There were a variety of answers, at first. “Some say You are Jeremiah, Elijah, or one of the prophets, or John the Baptist risen from the dead.”

But Jesus wanted to know what His guys were thinking about Him. He had spent a night on the mountain in prayer before choosing this group. They were an interesting collection of characters.

“Who do you say that I am?” Jesus asked. This all set up Peter to make this declaration. It is to this very question that every one of us must give an answer.

Who is Jesus? I have to rehearse this question in my mind and heart over and over.

Peter heard the answer and repeated it. He really did not understand what it meant and all that this would involve. We know this because of what we read next in the story.

Jesus confirmed His identity as the Messiah, the Anointed One of God, the Son come to earth. He followed this by telling them a hard, incomprehensible truth. “And he began to teach them, that the Son of man must suffer many things, and be rejected of the elders, and of the chief priests, and scribes, and be killed, and after three days rise again” (Mark 8:31).

This was too much for Peter. He confronted Jesus: “This will not happen to You.”

The concept of the Christ this Apostle possessed was likely more in tune with the one that circulated through the Jewish community at large. Israel’s Messiah was to be from the line of King David and the expectation was that He would be like David, a warrior king. Rome was seen as Goliath and the Jews longed for the day of this giant’s fall. Their Messiah, the Christ, would come and take down the Empire.

These other words from Peter came from another kingdom:  “Get behind Me, Satan!” Jesus exhorted. Here, with this statement, Christ pointed to the real “empire” that He had come to conquer. Rome and its emperor would indeed fall one day. The kingdom of hell, however, with its prince of lies and darkness, the power of the cosmic atmosphere in the world, could only be conquered through the death of the Son.

This all left these men befuddled, I am sure. They had just learned a magnificent truth, a reality that they would have to keep to themselves for the time being for He charged them to tell no one this word.

They were about to discover even more about this calling that had come to them. The picture painted for them was not so pretty.

Jesus presented to them the way of His Kingship and His Kingdom. His path to the Throne of God ran through the Cross. And those who chose to follow Him would also have their crosses to take up. Click To Tweet

Jesus presented to them the way of His Kingship and His Kingdom. His path to the Throne of God ran through the Cross. And those who chose to follow Him would also have their crosses to take up.

It was a truly confounding moment for this band of believers. The steps they had taken so far to join themselves to Jesus were big decisions. Now, they were being shown just how much Jesus would ask of them. “To come after Me, you will have to deny yourself and lose your life,” Jesus said.

The Cross. It was an emblem of suffering and shame, as the old hymn describes it. Death upon the rugged wood was brutal and most public. This, Jesus said, was how victory was to come.

Imagine those days just after this encounter. What thoughts were going through the heads of Jesus’ followers? They knew who He was and now they knew what He had to do. Where would it all lead them?

If the disciples had listened more closely to all that the Master was saying right there, they would have picked up on His words about the grand finale of His purpose. “For the Son of man shall come in the glory of His Father with His angels; and then He shall reward every man according to His works” (Matthew 16:27).

Glory would be the result of the Cross. The Savior will set up His Kingdom. He will rule and reign.

For three of these men, there came a sneak preview of that glory of the Son. Six days after this encounter at Caesarea, Jesus took Peter, James, and John up a mountain. There, they dozed off and awoke to find Jesus clothed in majesty and brightness as He spoke with Moses and Elijah, who were also robed in glory.

What did these three men all aglow talk about? The subject of their conversation was this:  “The decease of Jesus which He should accomplish at Jerusalem” (see Luke 9:31). The Cross was the subject. The ministry of the Law (Moses) and the Prophets (Elijah) set the stage for the Son to fight the greatest battle ever fought at Calvary.

It was the only way for the Christ, the Son of the living God, to reclaim man from death and destruction. Jesus had to enter into the realm of death itself. He triggered an implosion by allowing Himself to be made sin for us (see 2 Corinthians 5:21). Corruption could not touch Him. The grave could not keep Him.

Just how deep did Jesus plunge into death? These words tell us:  “My God, my God, why have You forsaken Me?” (see Matthew 27:46). The ultimate darkness of the Cross was this season of absolute loneliness. It was a loneliness that revealed the true fire of Hell, the burning of being detached and separated from God.

The Savior took this journey as only He could. He gave His body totally to the mission of redemption. These words – “I thirst” – tell us just how battered and bruised He was. Beyond this physical beating, the Lord cast Himself into the spiritual abyss, into the place where all sense of the Almighty’s presence is gone.

By this, Jesus came to the full identification and experience of the tragic human condition that is, Man without God. The Savior felt this forsaken condition on that Hill far away, on that old Rugged Cross where He was left to hang with our wages of sin draped upon Him.

It was the only way for the Lord to address the justice due upon us all, the only way to deliver us from the wrath to come. With His will He gave Himself to weakness, and thereby the Son dealt death to death. All of death’s power, which it held through the strength of sin, was defeated.

This Christ, the Son of the living God, made it possible for true love to be shed abroad in our hearts by the Holy Spirit, as we read in Romans 5. We are reconciled, justified, and saved. He did so by the way of the Cross.

In this great truth, we take joy:  “… God commended His love toward us, in that, while we were yet sinners, Christ died for us” (Romans 5:8).