The Day the Wind Blew 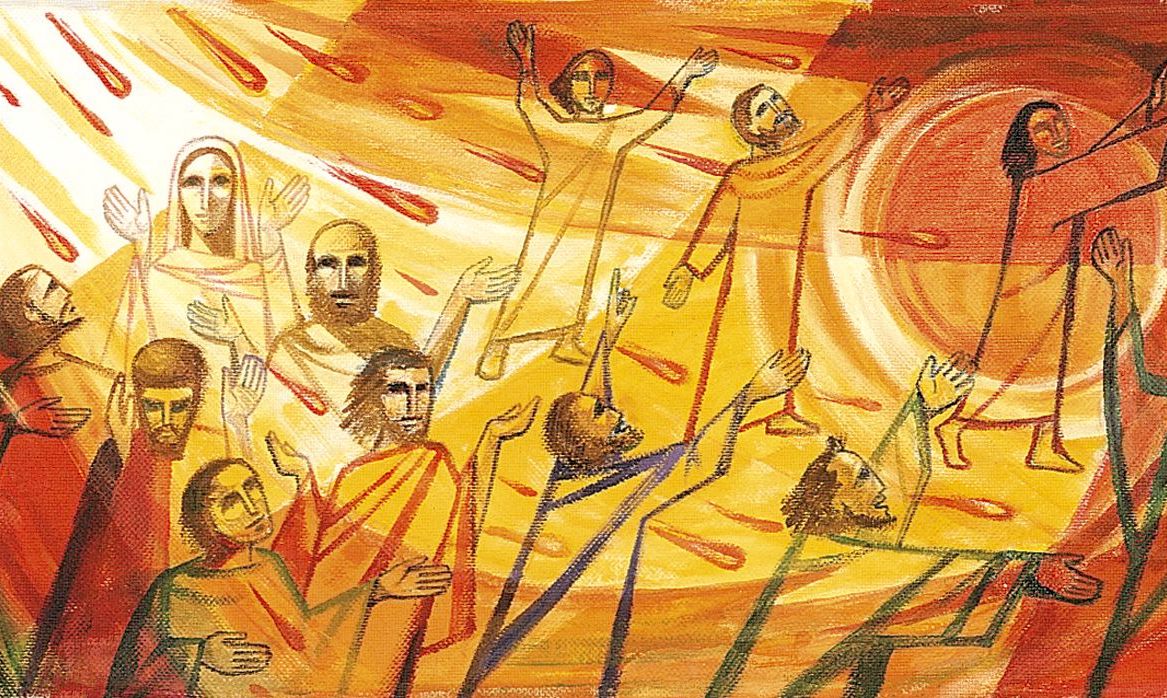 The Wind came as they waited. They waited because Jesus had told them to wait. There were 120 of them, gathered together in a room in Jerusalem.

It was the time of Pentecost, a Jewish feast held in thanksgiving to God for His blessing on the harvest. The city was full of people who had come to celebrate.

These followers of Jesus had been given a promise. Power, He said, would come to them. Their Lord and Master, the One who had taught them the Truth, the One who walked with them for days, months, years, was now gone. Some saw Him as He rose through the clouds.

Jesus hadn’t been seen for 10 days at that point. He had spoken to them about the moment to come. He was to return to the Father, to take His place on high, to be seated above.

That time had come.

Greater things His followers would do, He had told them so. How would they do these things? This would happen by the power and presence of the Holy Spirit, the Person of God who would abide in them.

There was territory to be won for the Lord of all. This territorial takeover had to begin with the hearts of men and women in Jerusalem, Judea, Samaria, and the uttermost parts of the world. Swords and bows and crowns and armies could not, would not claim such spoils for Heaven.

This first triumph of the Lord would be a triumph of Spirit and Truth. The Day of the Lord on earth shall also be, but it is not yet. Christ shall return to establish a rule and a reign over every tribe, tongue, and nation.

What was going on in that room during those days of fellowship and patience and prayer? I think they sang psalms and hymns. I think they broke the bread and shared the wine. And I think they told their stories.

I can imagine Peter, John, and James – all former fishermen – talking about the Big Catch. They had toiled and tossed the nets again and again and had nothing to show for it. And, near the break of day, Jesus was there on the shore with a tip – “Cast the net on the right side.” They were skeptical, but did what He said nonetheless.

The catch was massive, so huge that it nearly sent their boats to the bottom.

Perhaps, the one born blind was there to tell of the Miracle Mud – a paste formed of Jesus’ spit and a bit of dirt and patted upon his eyes. He just added water from the Pool of Siloam and this one at last could see the sun, the warmth of which he’d only felt until that moment

Later, he would see the Son Himself and purpose to follow Him.

Imagine, too, Martha, Mary, and Lazarus describing the Great Coming Out. Lazarus had been sick for some season and was dead for four days at this point. These close friends of Jesus were confused as to why He had delayed in coming. Lazarus’ body lay behind a stone and had surely taken on the odor of decay.

Jesus showed up, at last. He wept over the scene – death was the enemy, the outcome of all sin. He groaned at what death had done to so many. But the power of Resurrection and Life were His and are His. He spoke a word, “Lazarus, come out now.” At once, he was free from the grave and the funeral clothes that bound him.

And so I can imagine that room in Jerusalem and all of them praying, singing, eating, talking. Excitement and expectation touched their hearts. Then came that sound, a mighty rushing sound.

At once, the Spirit was with them in a new and living way.

A Rush of Presence

The Wind blows and none can tell from whence it comes. And yet the Wind is felt. Something, Someone, is present. He comes as a puff, as a breeze, as a gale. He comes to anoint, to seal, to direct, to speak through His Chosen.

That Upper Room came alive with voices and with light. The fire of the Lord rested upon each of them. The voices began to tell the salvation song of the Redeemer. New tongues, they now had. They talked as they had never talked before.

God delights in the habitable part of His Creation. Made in His image, we were made to abide, He abides in us and we abide in Him. Click To Tweet

Peter preached the message of the Savior. He cast the net of the Gospel and thousands were drawn in that day.  He quoted Joel, specifically, where it was told that the day of the Spirit would come and how the Wind would fill the sails of all who feared the Lord, sons and daughters, young and old, rich and poor, slave and free.

The Church was born. The Church remains alive today.

The Church is alive in buildings and bedrooms, in basements and backyards. Her members come together in twos and threes, in dozens and hundreds. Believers gather to wait on the Lord. The Holy Spirit is present for He is there in all of our hearts.

God delights in the habitable part of His Creation. Made in His image, we were made to abide, He abides in us and we abide in Him.

May I go to these places, to these gatherings as those original followers went to the Upper Room. Let me sing and talk and pray and break the bread with sisters and brothers in worship and faith.

Jesus, He’s invisible to us. He’s seated above, beyond our sight, but with us just the same. He is with us in Person, in the Person of the Spirit.

Let us not quench these thoughts. Let us believe and receive the comfort and power He has sent to us.

For more the ministry of the Holy Spirit, check out The Holy Spirit: Abide in His Anointing, a message preached recently by Thomas Schaller, Pastor of Greater Grace Church in Baltimore.