The Ephesians and First Love 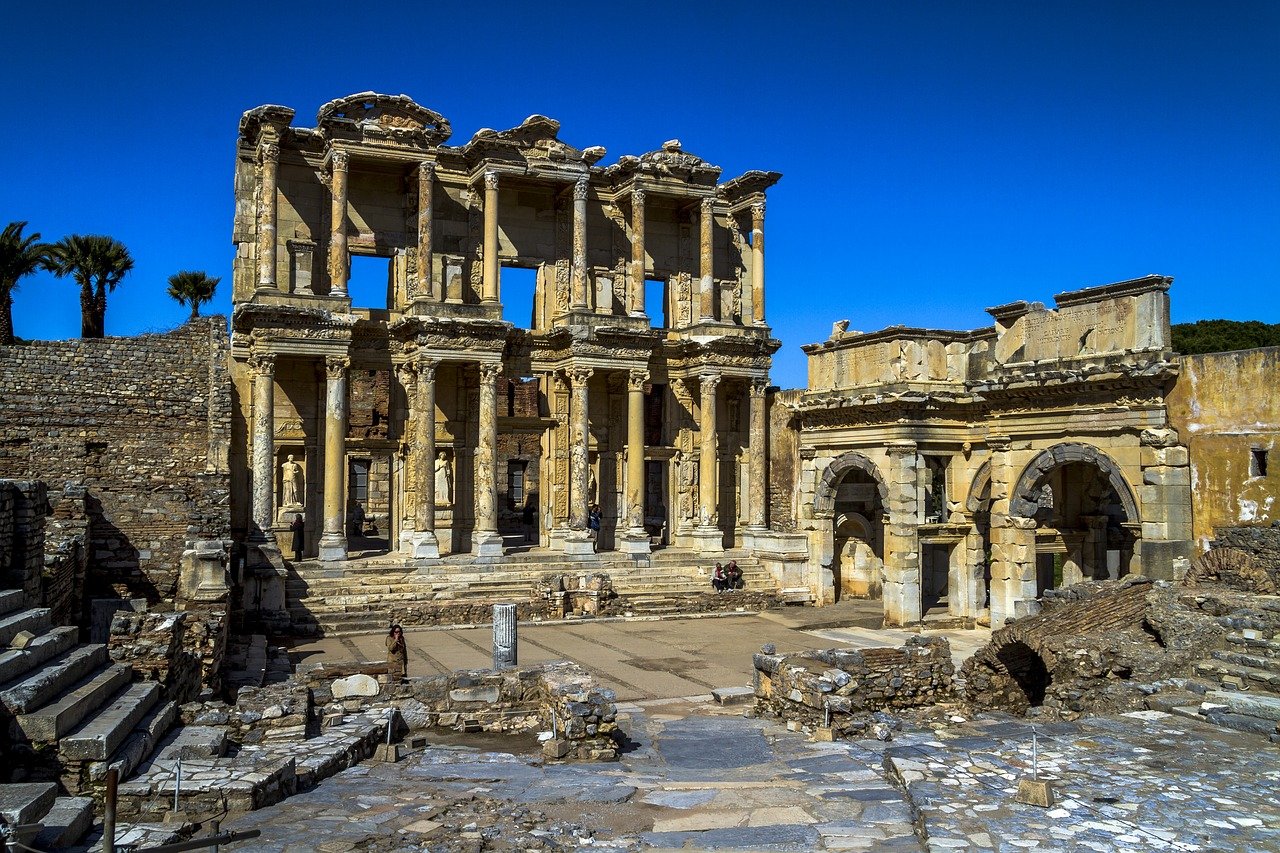 The church of Ephesus got off to a strong start and functioned as a faithful assembly for some years. Paul’s letter to this group of believers, written around the year AD 60, contains none of the corrective passages that we find his other church epistles.

This city in Asia Minor, a part of the world now known as Turkey, was a significant port in the Roman Empire, a place famous for its massive temple dedicated to the goddess Artemis or Diana. The city’s atmosphere was decidedly sensual. This should come as no surprise given that Artemis was the idol of fertility and sexuality and nature. The many-breasted statue to her honor was reportedly carved from a meteorite. Hence, this goddess was said to have fallen from the skies.

Smiths and metal workers made good money selling trinkets and charms related to Artemis. The Gospel ministry of Paul created a panic among them when some began to turn to Christ and forsook Artemis worship. An account in the book of Acts tells of a riot instigated by Alexander, a leader among these souvenir makers and sellers.

These outside issues meant little to Paul, however. Christians would always face opposition for the message of Christ carries a sword. It cuts deep and pushes people to make decisions for or against salvation. Paul understood that the real problems that plague churches are internal things. What happens within the church was his primary concern.

Troubles would come. Paul made this clear to the Ephesian elders this during his farewell speech to them on the beach at Miletus (see Acts 20). “Grievous wolves” were waiting to pounce upon the flock under their care, Paul told these leaders. Hungry and sly, these beasts would rise from among them to chew up the un-discerning.

And apparently this happened as we read in 1 Timothy and Revelation. “Silly myths” and “idle words” began to take hold of some believers in Ephesus. There were divisions and controversies. Timothy was sent to restore order. Later, during the latter days of the Apostle John, who also served in this place, the Ephesians were rebuked by Jesus for “having left their first love” (see Revelation 2).

It’s important to take note of the pattern of the church in Ephesus because it can tell us much about our own life with Christ. We can read and heed what Paul told these believers and become ready for the things that come at us.

This epistle is full of prayer and great instruction. Paul spent the first half of this letter getting the Ephesians focused on their true identity “in Christ.” Believers can rest in this: that they were “chosen before the foundation of the world in Him” and “predestined according to the purpose of him who works all things according to the counsel of his will” (see Ephesians 1:4, 11).

Paul goes on to tell us that we who were once dead in sin are now alive in Him, brought near to Him by His very blood (Ephesians 2:4, 13). And the power of the Lord in us does for us far beyond all that we could ask or think (Ephesians 3:20).

If we are wise, we can experience true definition from the Lord as He brings it to us in church, at home, and on the job. We could say that this is how we can keep first love first, ensuring that it remains the primary element in all of our… Click To Tweet

To help us discover and remember these things, God has, according to Paul, given gifts to us. These are the leaders who hear from the Lord and serve by His Spirit. This began with the Apostles and prophets and continues with evangelists and pastors (see Ephesians 4:16).

Order takes shape under the hand of God. It is an order we see in the home. The husband loves the wife as Christ loves His Church (Ephesians 5:25). Children are to obey their parents (Ephesians 6:1). There is also order in business world as employees are to serve their employers as if they are serving the Lord (Ephesians 6:7). Employers, in turn, are to treat their workers with dignity and fairness.

If we are wise, we can experience true definition from the Lord as He brings it to us in church, at home, and on the job. We could say that this is how we can keep first love first, ensuring that it remains the primary element in all of our relationships.

There’s more going than what meets the eye, and Paul had words to tell about this, too.

The principalities and powers, the dark rulers of our world’s cosmic system, are about us. Their influence, subtle and sinister, requires our attention. We need protection.

Paul outlines this with his brilliant and important explanation of spiritual armor. He follows the outfit borne by the Roman soldiers who were conspicuous in their presence in this town, one of the Empire’s chief cities. Just a walk to the market would provide the believers with living illustrations of what they had been taught.

The armor is a suit made for battle that must be put on. A believer must choose armor up. He must purpose to take the sword and shield, the breastplate and shoes, the helmet and belt. Our minds, hearts, and walks require protection, and it is on us to make ourselves ready for war.

However, these things would be mere decorations if not activated by faith in the living Word. This faith is practiced best in prayer.

Paul spells this out in a most remarkable sentence: “Pray at all times in the Spirit with every prayer and request, and stay alert in this with all perseverance and intercession for all the saints” (Ephesians 6:18 HCSB).

First love requires a defense. God has shown us the way. Let us be people who known we are, but also people equipped for conflict, and devoted to seeking His face at the throne of grace.