The Fields of Death in Cambodia Transformed into Living Fields 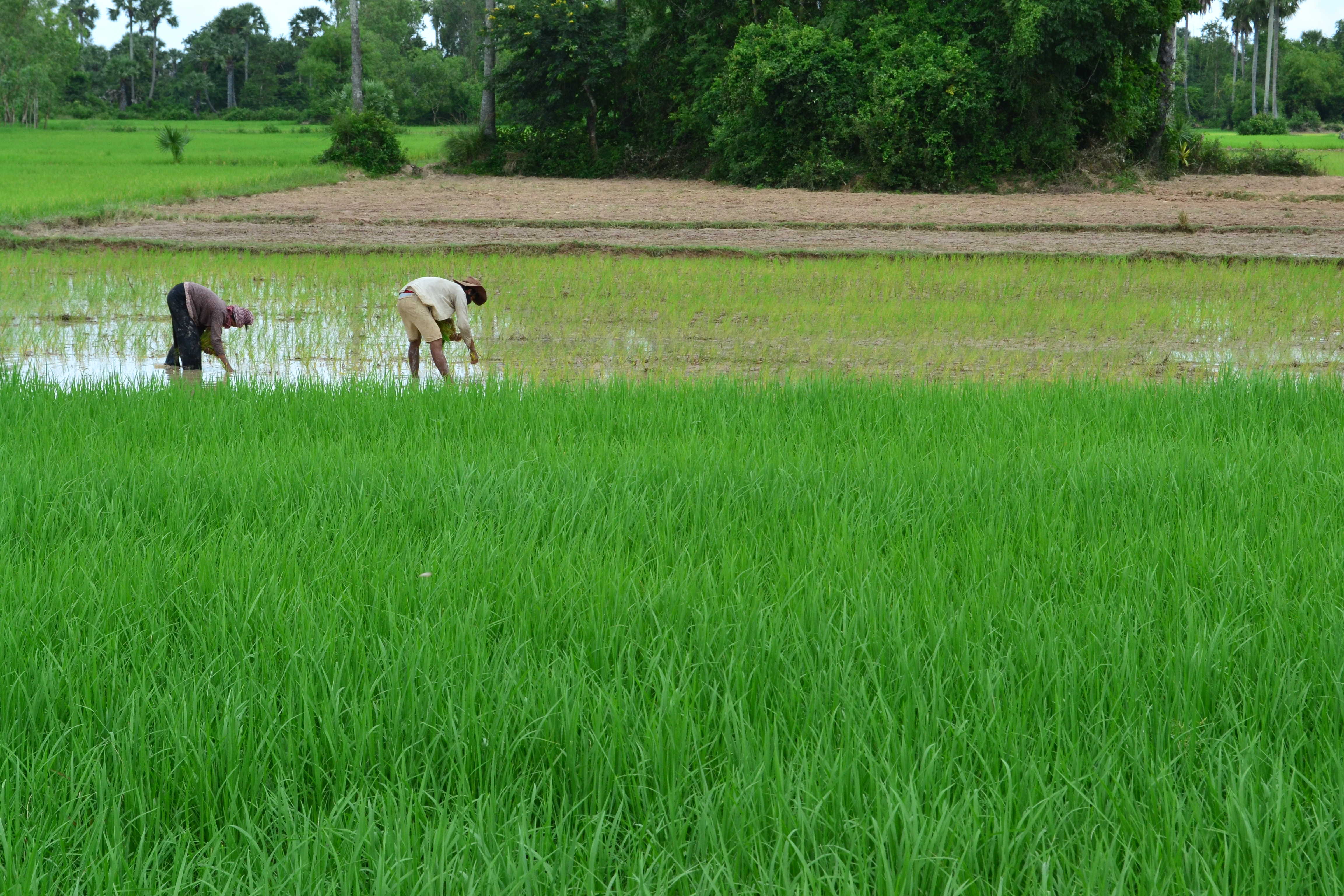 Words of life are taking root in a place long known for death — the nation of Cambodia.

Pastors Gary Groenewold and Steve DeVries spent eight days there and found a people ready and willing to hear and receive the Gospel of Jesus Christ. The nation is free and open with great liberty to speak of the things of God. During their time, these pastors actively sought national pastors, spoke in churches, and cultivated relationships with students in University dorm meetings and Bible studies.

“To me, this place is like the Africa of Southeast Asia,” said Pastor Groenewold, who has served in Kenya and made several visits to other parts of Africa. “There is deep-seated poverty, but a genuine willingness to listen to the words of Christ.”

Killing fields — those are the words that come to the minds of many when they hear any mention of Cambodia. The people in this country tasted death in a massive and hideous way. In 1975, Pol Pot and his Khmer Rouge party began its ruthless rule. Their stated purpose was to establish a completely self-sufficient, farm-based, peasant dominated society. Khmer leaders trusted no one and needed no one. Through a calculated pattern of execution, the Khmer Rouge put to death nearly 2 million of the nation’s 8 million residents from 1975 to 1979. Anyone thought to have connections to former governments and foreign governments was killed. Eventually, intellectuals and professionals — doctors, professors, lawyers, business owners, etc. — were targeted. More than 20,000 mass graves have been documented through a Yale University-sponsored program.

“Pol Pot basically established brutal personality cult,” Pastor Groenewold said. “He had the military dominated by Khmer Rouge and recruited the youth. His youth regime set children against their parents and separated families. The children were murdering the adults in the name of this man’s ambition.”

The Killing Fields Have Become Fertile

Since 2005, Cambodia has undergone something of radical transformation. After a period of interference by communist Vietnam, the nation officially returned to kingdom status. The constitutional monarchy is figuratively headed by King Norodom Sihamoni and effectively managed by what has evolved into a multi-party parliamentary democracy.

The horror of the killing season has left Cambodians with big needs and many questions. Prior to the Khmer reign, the nation’s prominent religion was Buddhism. They found that this belief system provided little comfort and security in the face of their suffering. Hearts began to open to the Gospel.

“On our trip we met survivors and their offspring; we heard and read stories of  unimaginable terror and death,” Pastor DeVries said.  “But we also witnessed a tenderness and hunger in the hearts of people wanting life. At the main university in Phnom Penh we shared the Good News of Christ with students and four received Him. This is a very ripe harvest field.”

Some Cambodians survived the extermination program because regime officials simply found them useful. So it was for the parents of one believer, Tree. His father was a fine barber and his mother a great cook. They worked long hours, but they were kept alive.

“It really boggles the western mind to think of what these people had to do to make it,” Pastor Groenewold explained. “This manner of treatment seems so outrageous to us. Yet, it may be the real reason people are so receptive to the Gospel now.”

Tree is 25 years old and representative of many of the Cambodian believers encountered by Pastors Groenewold and DeVries. God is moving among the university students who have no loyalties to old religious patterns.

“People are so easily pulled from their Buddhism,” Pastor Groenewold said. “The answers of Buddha are not satisfying to the students.”

Greater Grace’s mission to Cambodia began in the 1990s through a team based in Vietnam. Michael Walsh, GGWO pastor in Bangkok, Thailand, maintained a pattern of investment with the contacts established in Phnom Pehn, the capital city.

One of those contacts is Bora. This man was a university student, the hope of his family, when he turned to Christ and decided to enter the ministry. He now has a church of about 80 faithful people. Bora established a bag-making factory to employ those who could find work nowhere else — the disabled and women rescued from sex industries of pornography and prostitution. Later, he opened an orphanage.

There are many others ready to be part of Gospel movement.

“The openness is there,” said Pastor Groenewold, who is planning another Cambodia trip this summer. “The pastors we visited longed for encouragement, to know that someone was ready to help them and was praying for them and their people.”

Pastor Groenewold views Cambodia as a potential South Korea, which had a Christian population of 2 percent in 1945 and is now nearly 70 percent Christian.

“The location is perfect for our work,” Pastor Groenewold explained. “There is easy access for believers and leaders from India, China, Philippines, Thailand — all of these places could help us harvest in this field.

Said Pastor DeVries, “Please pray for us as we return in August with a team of soul winners from Korea. Please pray for laborers to go with hearts filled with measureless love to declare the blood that was shed at the cross so that the fields of death may be transformed into living fields.”