The Good Shepherd Who Became the Door 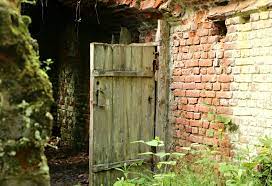 “All we like sheep have gone astray; we have turned every one to his own way; and the LORD has laid on him the iniquity of us all” (Isaiah 53:6).

“…The sheep hear his voice, and he calls his own sheep by name and leads them out” (John 10:3)

Jesus declares His heart for people in John 10. He tells us clearly that He is the Door, the way into life eternal. He declares that those who are called to Him are His and His forever.

He gives Himself another name as well:  the Good Shepherd. Later, in John’s gospel, He will call Himself “the Way, the Truth, and the Life” (John 14:6). These “I Am” statements are the foundation of Jesus’ identity as “the Christ, the Son of the Living God” (Matthew 16:16).

This Shepherd had spoken words of life and worked wonders. He talked of being born again, of living waters, of true worship, of eating the His flesh, and of drinking His Blood. Water, He turned into wine. A lame one was made to walk. Thousands feasted on bread and fish blessed by Him. Blinded eyes were opened.

Some believed, but many more doubted and went away. These “sheep” wandered off and followed Him no more. Still, the core of disciples remained; these ones were convinced that He was who He said He was and that His words were life.

The most supreme moments, however, were coming. Jesus was on His way to do something only He could do. He would lay down His life, and in doing so He would take upon Himself the iniquity of us all.

The Promise of Victory

The Shepherd would win the war waged against the souls of men. He set Himself as the Door, one that would swing open to any who would choose to call upon His Name. They would enter and find pasture and rest, food and security – deliverance from death.

It seems like a strange strategy for combat. The naturally minded think that force must be met with force. Muscle and might makes right is the common pattern followed in the world’s system.

Assemble an army, manufacture weapons, draw up and implement a plan of assault. The thief and wolf, the accuser and enemy, the robber and destroyer did this and he continues to do this. The devil has been active in spreading confusion and trouble from the beginning. He twisted the simple truth that Eve had heard and she took the bait. She fell and Adam did, too.

How could this enemy be defeated? What could been done to undo the damage done?

Look closely at Genesis 3 and we see that even then, as the evidence of failure was first discovered, the Lord delivered a promise of victory. And that victory would come by way of childbirth.

To the woman who in disobedience ate from the Tree of the Knowledge of Good and Evil, God gave a word of triumph, a sentence announced before the serpent:  “Her offspring; He shall bruise your head, and you shall bruise His heel” (Genesis 3:15).  The Son, born of a woman – a woman like Eve — would come to take up the cause of the sheep, His sheep.

Psalm 8 provides such a wonderful declaration of what really stops the enemy. “Out of the mouth of babies and infants, You have established strength because of Your foes, to still the enemy and the avenger” (Psalm 8:2).

Shepherds and children, these are the ones who put down the gates of Hell. Every baby’s cry says something about the life of God. A newborn emerges and draws breath, the breath given by the Lord to another formed in His image.

The Shepherd wins the war versus the wolf with watchfulness and devotion. His Voice is heard by those with hearts ready to hear it. He takes the sheep in His hand, and there they ever shall be. None can snatch any of them away from Him. Click To Tweet

The Shepherd wins the war versus the wolf with watchfulness and devotion. His Voice is heard by those with hearts ready to hear it. He takes the sheep in His hand, and there they ever shall be. None can snatch any of them away from Him. He doesn’t attempt to storm the fortress; instead, He set Himself as the Door.

Jesus declared His authority in this manner, a manner strange to the mindset of the world. More than a soldier or a general, Christ came as the only Son of the Father, the Father with whom He is One.

He spoke of His life as something that He must offer, and any such offering must be a freewill offering. He chose this path to victory, one that would run through the agony of Gethsemane and on to the pain and torturous cosmic loneliness of Calvary.

This Shepherd refused to run from the forces assembled against His sheep. He was lifted up on the Cross and died there. And when He did, His sacrifice split open the veil to the Holy of Holies, the place representing the presence of God. The curse of iniquity was torn once and for all.

Enter Into the Fold

The Door had set Himself before the sheep. The Door bid them to come and enter His life and fellowship.

Death on the Cross was not the end of His story. As He gave His life, so He also took it up again. The Resurrection rendered death and the fear of it powerless. Our Shepherd now lives as the King who is to come. He sits on high at the throne of the Father, ever interceding for the sheep, those who belong to Him and always will.

Our Door is still there, and we can walk right through it. We did this, in one sense, the moment we called Him as our Savior. We entered the place of protection and safety. None can slip into the fold and steal away even one of us. None can be lost.

Every day, however, we can enjoy the pasture, the green fields, and the still waters that our Shepherd has for us. Our souls, He restores. His path guides us to righteousness, His righteousness, and His holiness, He drapes upon us like a robe.

Our days as sheep in the wilderness are numbered. Let us give thanks for this. Goodness and mercy are here, following us as we move forward with Him. And we look forward to the day when the holy House of God shall be complete, the flock all together, always with Him.

There, we will dwell forever. Psalm 23 is the hymn to all of these realities.

Let’s hold these promises close. May our hearts rejoice as we keep in mind these ever true words from Him:  “I am the Good Shepherd. I know my own and my own know Me.” (John 10:14).