The Greatness of Children 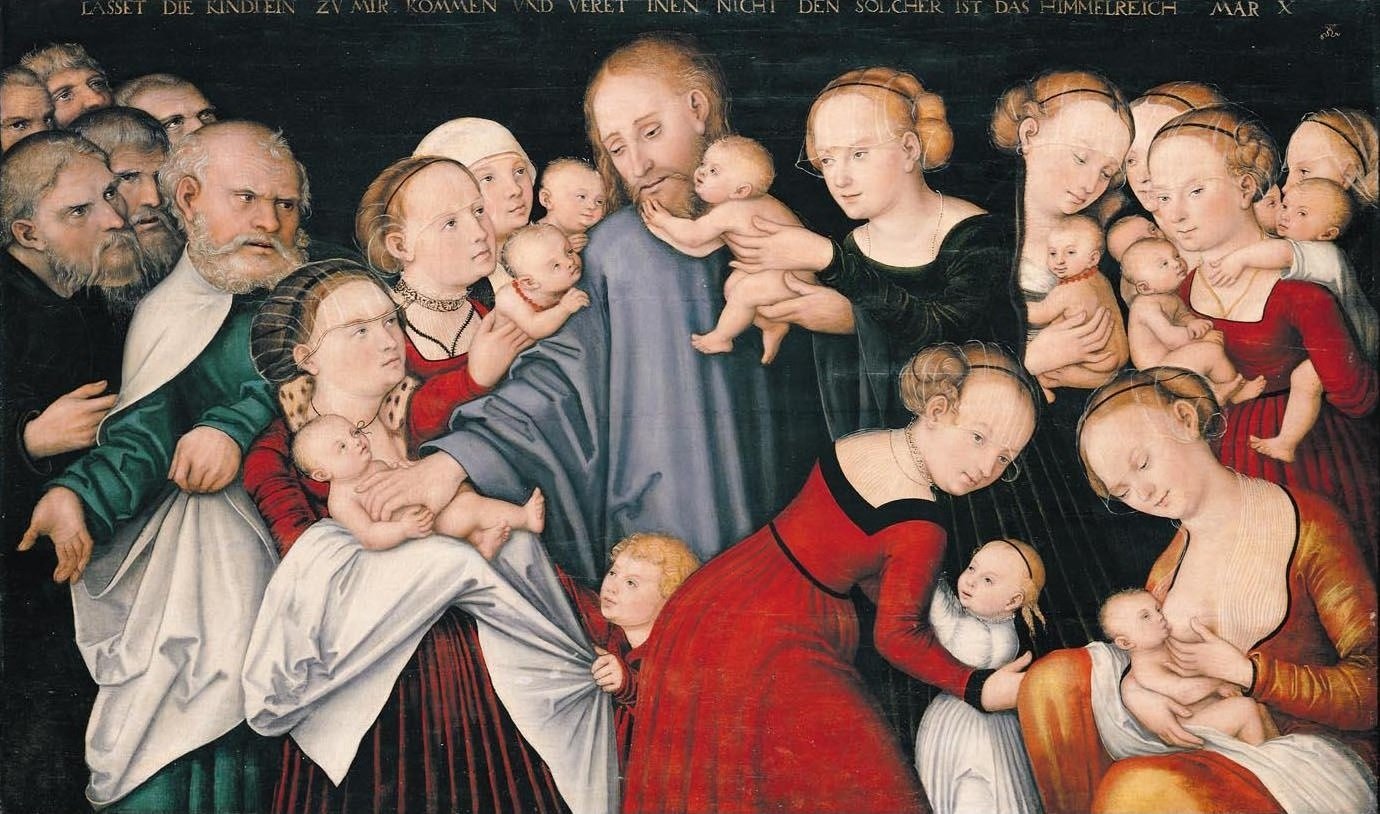 “Suffer the children to come unto me, for the Kingdom of Heaven belongs to such as these” (Matthew 19:14).

It’s Christmastime, so it makes sense to talk about children. Laughter and play and joy and song are what should mark this season, even now. Some have tried to cripple the spirit of these days, and I am sorry to say that they have found a bit of success.

Smiling, small faces, however, still do something to our hearts and keep us light on our feet. Hearty “Merry Christmas” greetings do go on, though some try to label them as being out of place and out of step with the times.

Jesus said that those who become like children are the ones who enter the Kingdom of Heaven.

What does it mean to enter the Kingdom of Heaven? I believe it means to live in the context of eternity. Children are humans who live in the now. They are the most present-tense people among us.

Think about it. We have seen and heard kids as they operate on their timetables.

“I know but I am hungry again.”

Then, there’s the child who tumbles and scrapes her knee. She weeps and wails and drags her wounded leg to Mom. Mom surveys the situation and plants a kiss upon the boo-boo. It is remarkably effective. The tears stop. A smile appears and the little one trots back to be with her playmates. It’s as if the little mishap never happened at all.

Lord of the Now

Christ told us to live along these lines, to live as children live. This means putting away the past and not being tied up in anxieties about the future.

This is how the Kingdom of Heaven operates. The sovereignty of the Lord extends in His omniscience, omnipresence, and omnipotence. God has all power and all knowledge and can be everywhere present at all times. We have to understand this and keep it in mind. This is who God is. He is Yahweh, the I AM THAT I AM, the Lord of every one of our right nows, (see Exodus 3:14).

I think this is what was really lost at the Tree of the Knowledge of Good and Evil. The bites taken from that tree’s fruit cast seed to the winds that have taken root all over the place. Thorns and thistles spring from the soil. Life became prickly and wounding and so came worries and heartaches and struggles.

He slept in heavenly peace. And He invites us to do the same, to cast our cares upon Him for He cares for us, to commit ourselves to the Father, our Father. Click To Tweet

Before Adam and Eve ate, they were living in the now of God all the time, every moment was full of His presence. There was bliss and beauty, love and freedom. There was the Garden full of trees to dress and tend to and eat from. They were kids without shame. Life for them was all that the Lord had intended it to be.

Time? Did they even keep track of it? We know there were evenings and mornings because Genesis 1 tells us this. Calendars and schedules and appointments? Seems to me that they were unnecessary. Everything about them was about the Father’s business. These were glory days.

And they could hear Him as He walked through this place made for them. His Voice was something they knew and welcomed. That is, until that day when they paid mind to another mouth, the one of lies, the forked tongue of the serpent.

“And calling to him a child, he put him in the midst of them and said, Truly, I say to you, unless you turn and become like children, you will never enter the kingdom of heaven. Whoever humbles himself like this child is the greatest in the kingdom of heaven” (Matthew 18:2-4 ESV)

This, I think, is Jesus’ answer for the effects of the Fall. Become as a child, He said. Trust the Father as the Son trusts Him. Love Him because He loves – He always and always will. Live in the now. Treasure each moment. Believe that He is and He is the Rewarder of those who seek Him.

Jesus tells us to be like children, and He knows just what this means. He came as a child. He came not full-grown and well-muscled. He entered our world frail and dependent upon Mary and Joseph for food and care and transportation. He was held and changed and bathed. His days were a lot like our days.

He rested in the plan of God. He knew things on earth would be as they were in Heaven. He knew that the Father was with Him as He finished His work to bring salvation and life to us.

He slept in heavenly peace. And He invites us to do the same, to cast our cares upon Him for He cares for us, to commit ourselves to the Father, our Father.